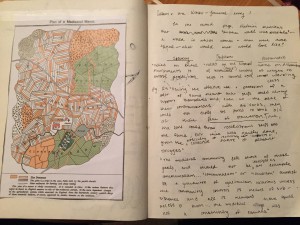 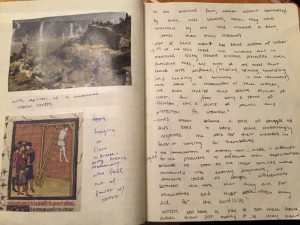 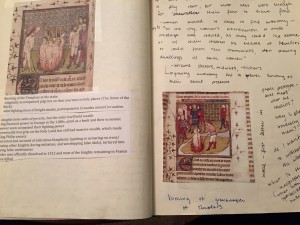 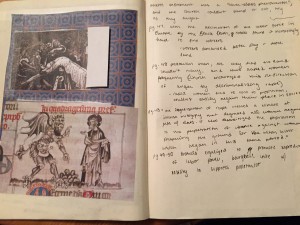 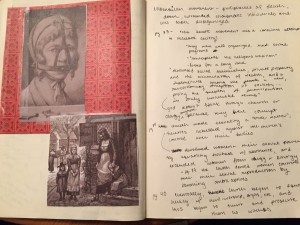 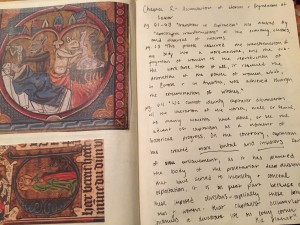 Some sketchbook pages (with notes from my readings):

For my conference project, I am drawing from marxist feminist texts – Caliban and the Witch and Revolution at Point Zero by Silvia Frederici – to make a game that reveals the powerless position women have been forced into by the hands of capital. Frederici explains in these two texts that in the transition from feudalism to capitalism, it was necessary for women to become an unpaid source of reproductive labor. This transition was anything but peaceful – it happened in violent bursts that culminated in the witch hunt. For capital to convince women that their work – reproductive work – was not work worth being paid for, it first had to systematically revile femininity by equating womanhood with unholiness. Not all women were targeted; the primary targets of witch hunts were, unsurprisingly, women who held some sort of power outside of the patriarchal system – widows unbound by marriage, herbalists who wielded the power of nature, and midwives who had power over birth. The female revolutionaries that actual threatened the system were often spared by the witch hunters, because killing them would have given validation to their cause. The degradation of female power during the witch hunts forced women into a position of fear, and allowed men to kill those women who threatened to exist outside the bounds of their power. 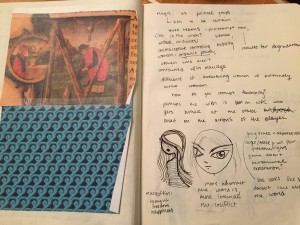 I’m using illuminated manuscripts as inspiration for the visuals of my game. The game will center around a young girl who can pick items up and bring them to a gathering of women in the woods. Whether or not the gathering can actually use magic is unclear, but they will change the village of the young girl based on what she (the player) brings them. A potted plant will give the herbalist a garden, but may arouse the suspicion of witchcraft by the other members of the town. The protagonist’s actions can affect the fate of her town, for better or for worse. Ideally, the game will convey both the fear and frustration of women during a time period in which being independent from men could be prosecuted with death. 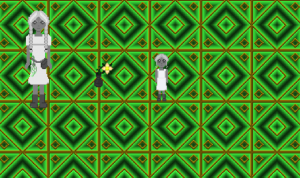 The protagonist in the herbalist’s building, with a potted plant. 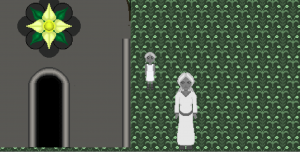 The protagonist with an old woman, near the (uncompleted) herbalist building.

The protagonist with other interactive items – a sword and shield.