The second system I created for the class is a “game” system called Number Swap. The game was created specifically for the class and the amount of people we have, but can be altered to fit any number of players. The game is played where each person is given a number 0-9, and the group walks around exchanging papers with one another for a set period of time. At the end, the group compares numbers. There are a few rules and variables that alter the course of the game:

The first rule is set in place to ensure a lack of repeats in the numbers received. It could be easy for two people to just continually swap numbers the entire game and it defeats the purpose of the system. The second rule is important because it encourages people to stray from intention and just act. There are countless of variables that could be added to each game. The example variables are the basics and decided upon at the beginning of the game.

There are also several goals one can work towards to make the game more interesting. Not all the goals listed are necessarily fair, but they’re interesting nonetheless. This system is simple, but can gain complexity depending on what rules and variables are set in place. The players are constantly moving and changing numbers, free of restraint. The end results are based on the randomness within the game. Decisions are made based on each player, but not every player makes decisions the same way. For instance, a person could simply be looking to swap with the person closest to them, while another could be drifting towards the farthest person. Though there are decisions in place before the game starts, for instance: at what speed is the group moving, each player interprets those decisions differently. What is defined as fast? Slow?

This system was inspired by a game I used to play when I was younger where a group of people would walk around shaking hands. Before the game starts, a “murderer” is established (by an outside party), but nobody knows except for the murderer themselves. The murderer would shake hands with someone and “kill” them by scratching the inside of the other person’s hand with a finger. That person would then die, but only after shaking one other person’s hand. That way, the players see that person “die” but are unsure as to who killed them. It was a silly game, but it gave me the idea of the scrambling group encounters. 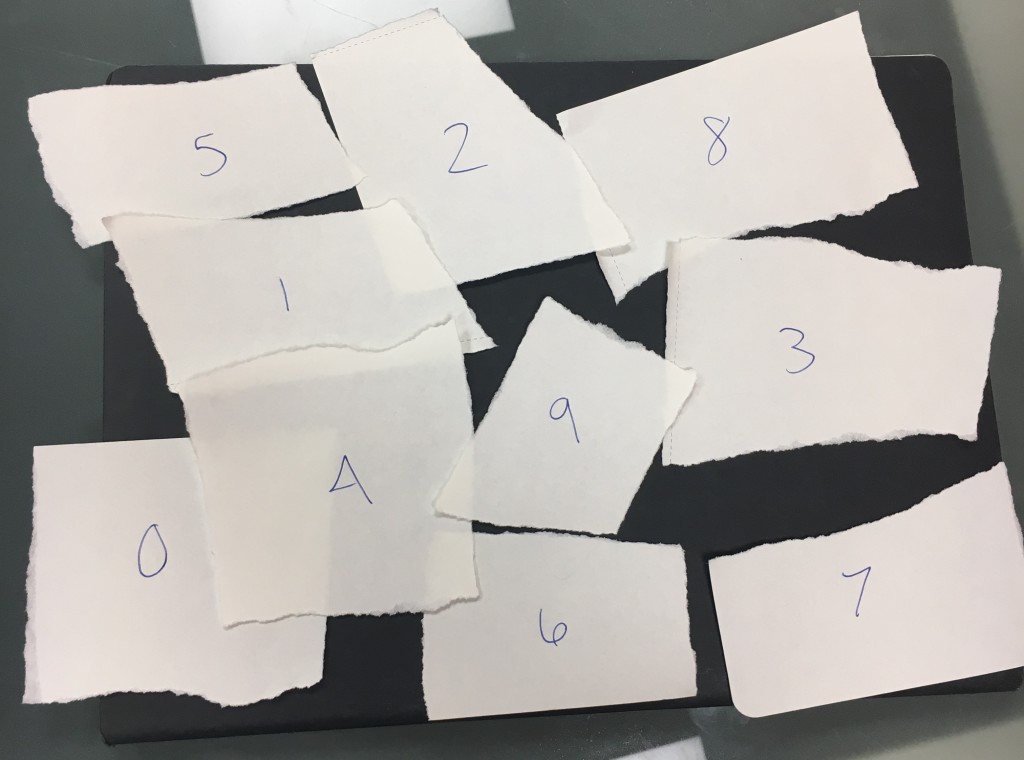 I was still a bit unsure of the exact definition of a system, but I knew this game could fall under that category in that it is restricted, active, and follows the “simple rules lead to complex phenomena” characteristic. After playing in class, other ideas were brought up that could make the system self-evolving such as “each player establishes their own rule they follow themselves, but nobody else knows” kind of thing. Or “swap numbers and if the number you receive is even, continue in that direction, and if it’s odd, change directions.” That way the system can keep building and changing itself, leading to even more interesting results.