Skip to content
HomeGames from NothingBlack and White Exercise #2: Monster in the Village 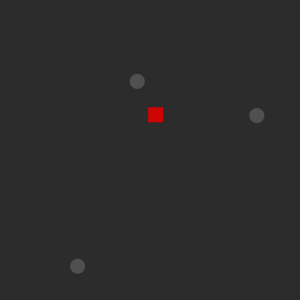 For my second game I included a ‘monster’ and three ‘children’. The monster comes out at night and disappears in the day. At night it chases the children represented by circles and attempts to eat them. 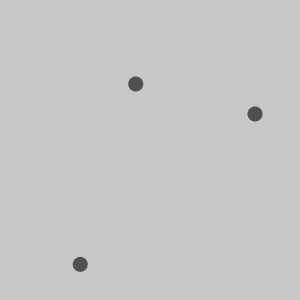 There is an element of player choice insofar that they can choose when to instigate night. Clicking or tapping on the right side of the screen slowly transitions the screen to night and the monster appears. To reverse this and bring about daytime, the player taps and holds the left side of the screen.

To handle the monster eating the children. I had to add collision detection and constantly check for hits. In addition, mouse x values were necessary to trigger the transition from day to night.  the ‘children’ and Monster’s movement was handled by a bounce function which simply reversed the velocity when the object reached the edges of the screen.

If I do add to the game, I think it would be interesting to have more ‘children’ and then when the player starts the night phase I could randomly select one of them to become the monster. It might also be interesting to play with the Monster’s movement and have a more aggressive but controlled area for it to patrol. Then the actual timing of night and day phases will matter more for the player.