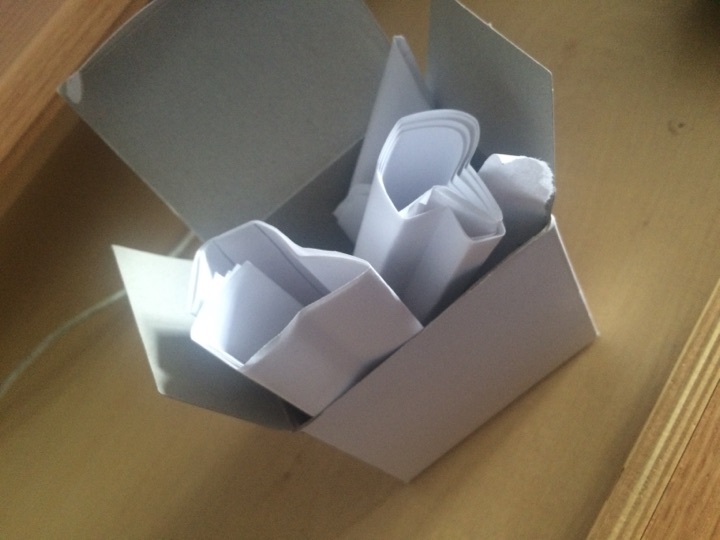 After Ron Resch’s Paper and Stick experiments and systems, I attempted to investigate his method and define his system in simple steps that could be recreated:

My notes of all his processes were: He aims to solely crumple the paper and do no other motions: Only allowed to crumple > diagrams the essential folds > lines becomes straight, triangles or equilateral triangles > triangles become the central idea to the folds > later squares and hexagons > lines in the folds can be turned into essential shapes >>> shoot light at solids > turn the folds into rounded shapes > turn paper models into sticks > hook together with gelatin > shaded shadows create patterns >>> platonic solids can be connected in joints to other shapes > now shapes can transform by shifting along connections >>> squares connected together move predictably > attempts at 3D movement of up and down > sticks in an octahedron together form a dome >>> buildings and applications

My simplification of steps became (with the help of some class suggestions):

The simplest way for me to next interpret this system would be to try and recreate some of it, at least what I considered the bare beginning of it with the paper folding. 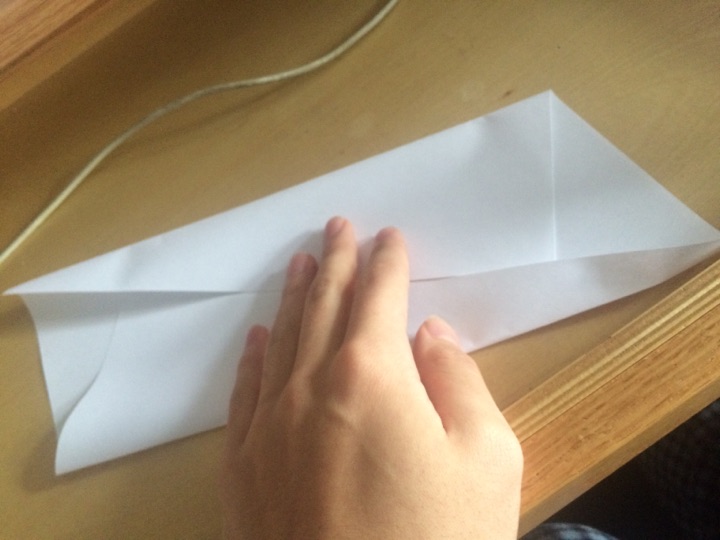 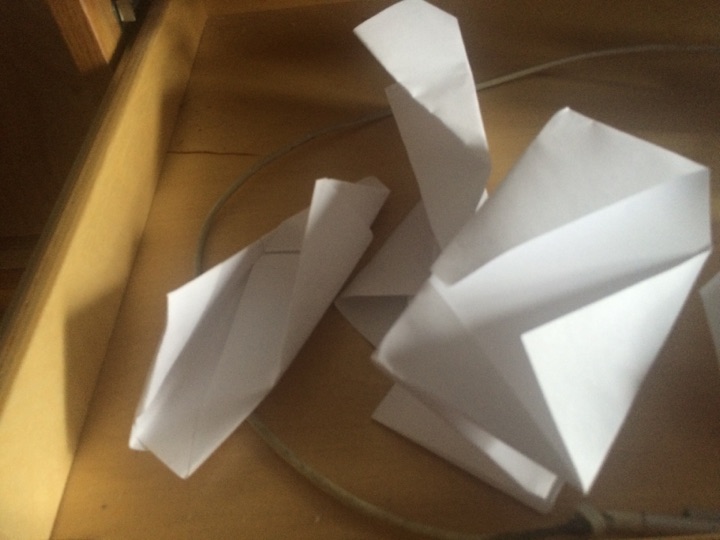 I found that even small iterations of following Resch’s process were tedious and hard to remain focuses and as systematic. I ended up following a slanted folding pattern, but soon found myself trying to move forward and expand in several different ways. 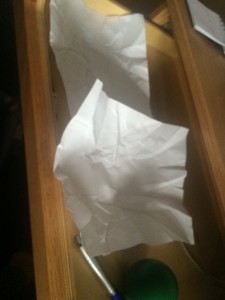 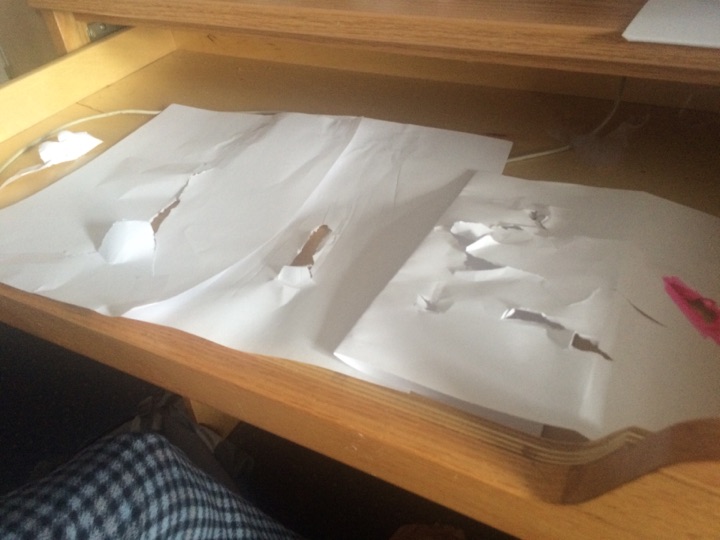 The crumpling of paper evoked a certain destruction, so I leaned towards trying to rip the page instead of crumple. I found interesting patterns but found it hard to discern a pattern. I next tried to use an object, a ball in this case, to do the crumpling and folding. Again, my results were not as concise as I would have liked, so I attempted to contain them. 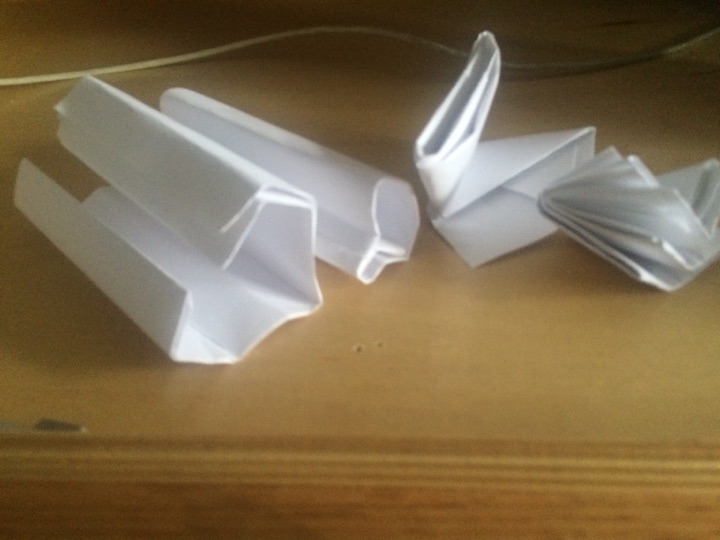 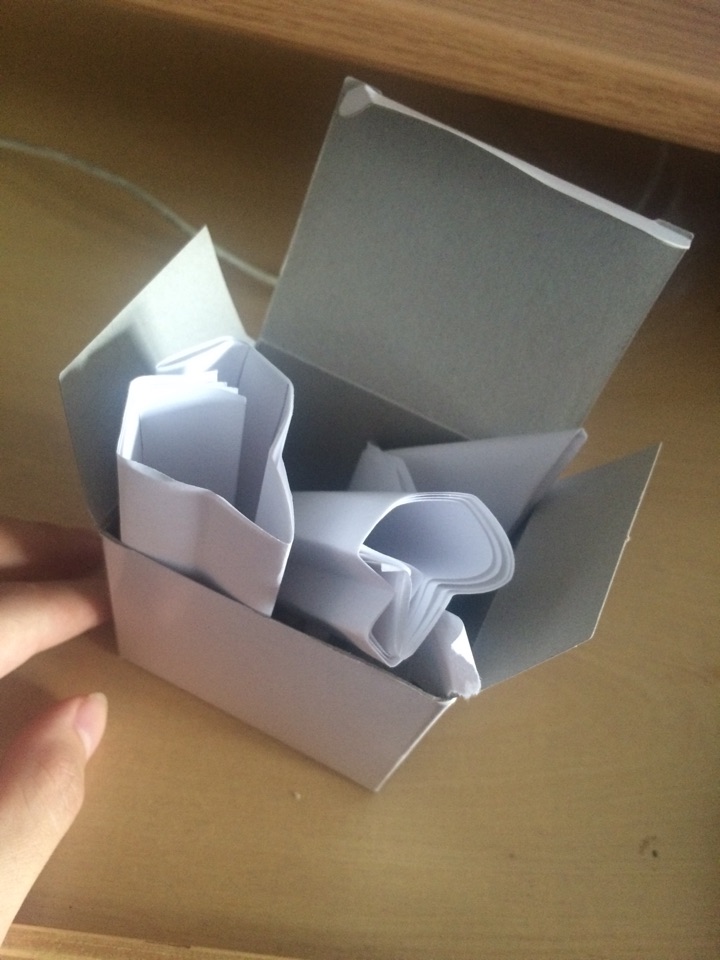 I instead tried to limit the space the paper existed in, and found it an interesting extrapolation, but not a good reflection of Resch’s exact process.

These experiments illustrated early on how complex the creation of the rules of system could be and how detailed it truly was to make the decision to just simply crumple paper.