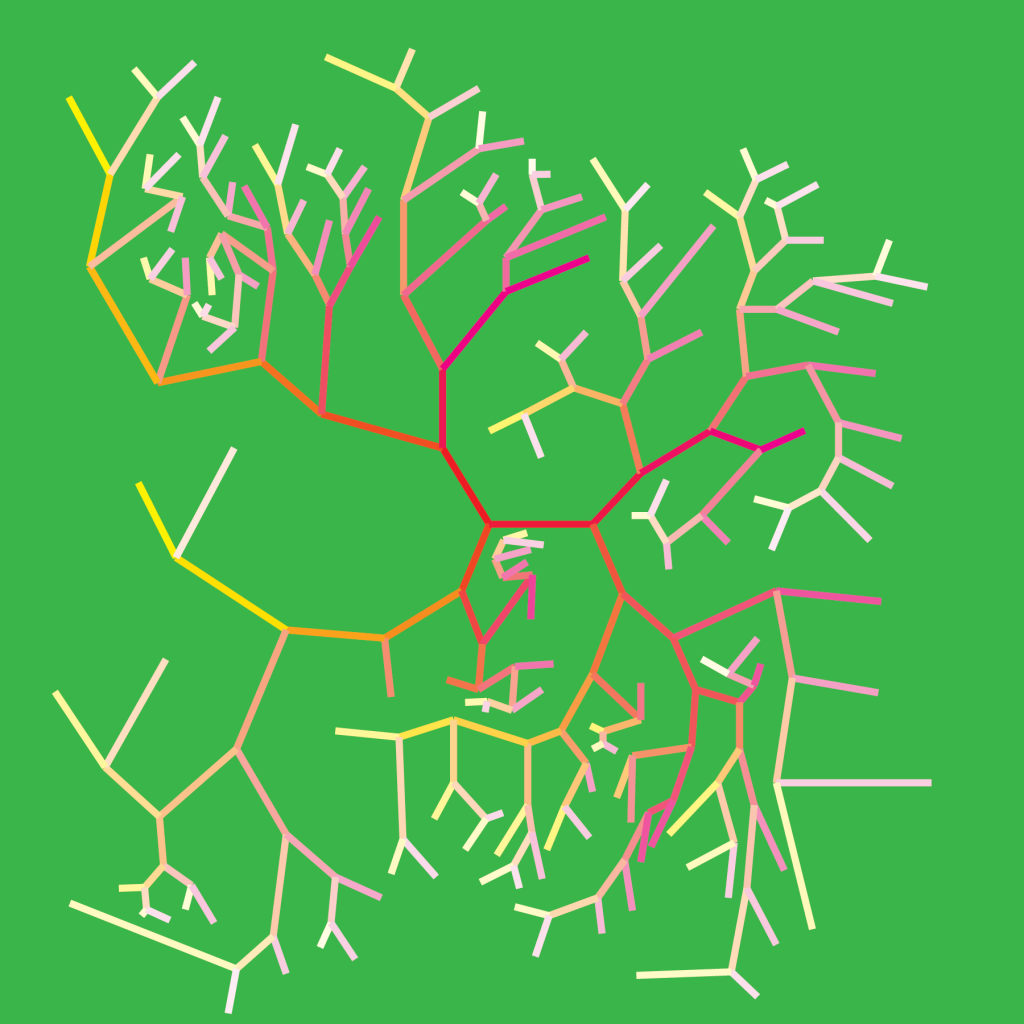 Moving on system 1, which attempted to recreate the systematic approach that Ron Resch used on paper crumpling, I changed the trajectory of my attempts at manual systems with a digital tool I was very familiar with: Adobe Illustrator. My thought was that Resch was able to create such a complex system from simple rules because he had spent weeks in a way studying the paper through interaction, and I guessed that my knowledge of Illustrator would give me a similar understanding. I began with the CMYK color settings of lines, creating a two more lines at the end of each end of a single line. The more left line would have a small decrease in magenta, while the right would have a decrease in yellow, resulting in the image below. 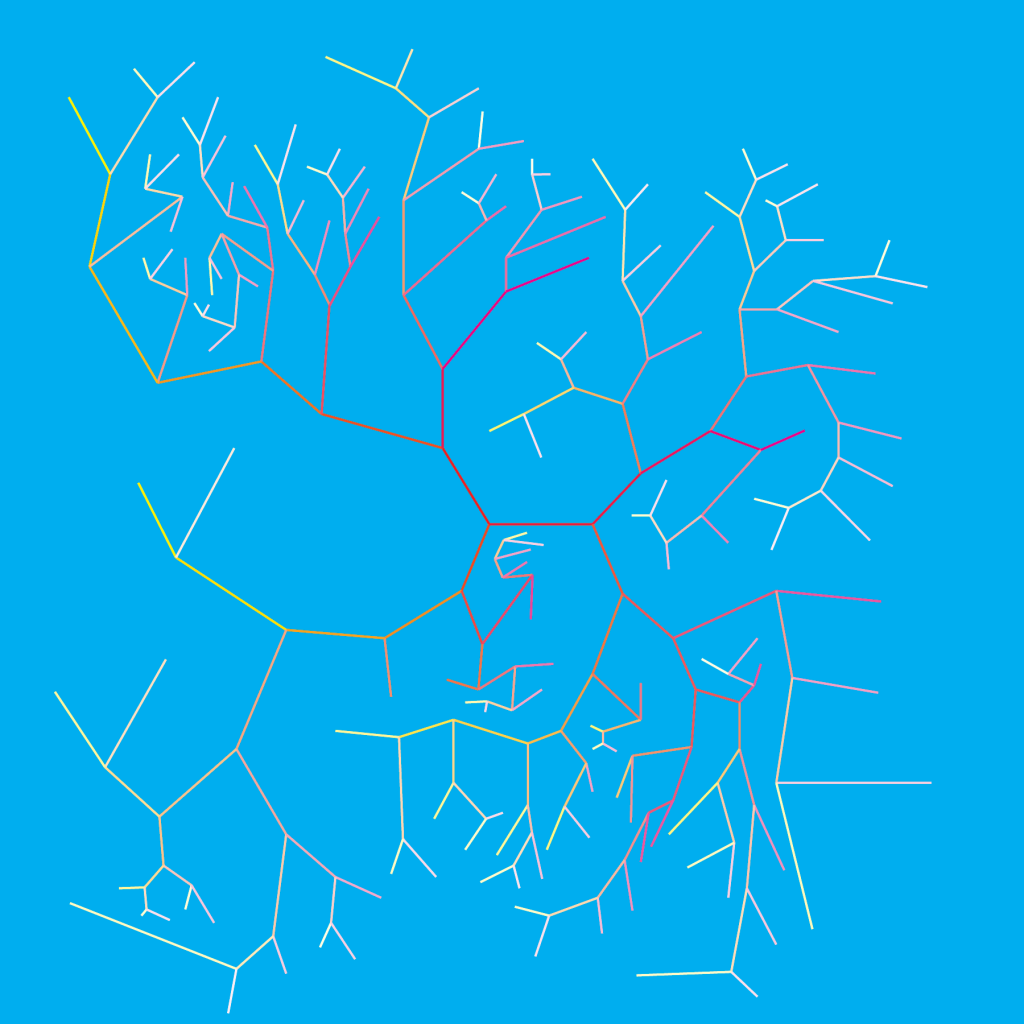 The splitting of lines would end when the magenta or yellow value reached zero. Again I lost the feeling and nature of a system due to my own manual input. I quite like the result of this system attempt, but acknowledge that it is not a true system. As there is no room for evolution and self-sustained change.