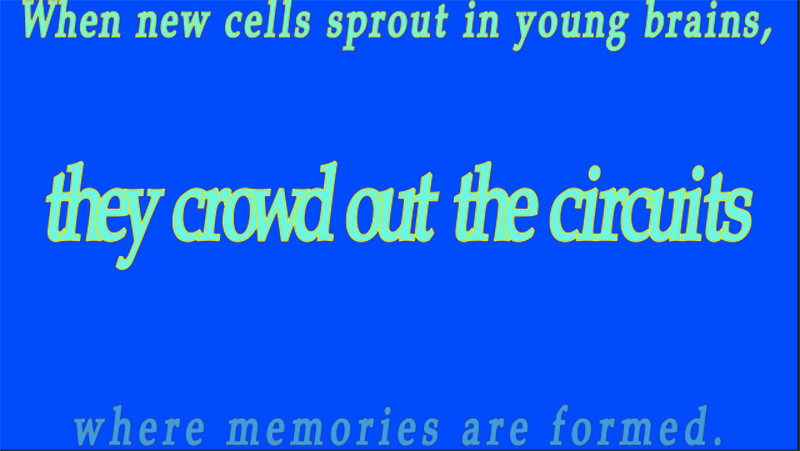 This project combined text and fonts. While I struggled with creating a visual storyline, I do feel like I was able to play around with fonts and sizing. The text is a poem called “The Wine Dog uh Drools Over Froot Loops”, which I wrote my sophomore year in a class with Matthea Harvey. The poem is from a series of similar poems, with the “wine dog” as a central character. This poem has childhood references as well as a prevailing theme of speech disfluencies. Matthea’s class was called Checkpoint Fact/Lyric. A lot of our pieces had to be an extension of a fact. That’s why there are a lot of facts in the poem. This poem was central to connecting my speech disfluencies and loving my “ex-step mom’s” dog. The dog’s name is Vino. 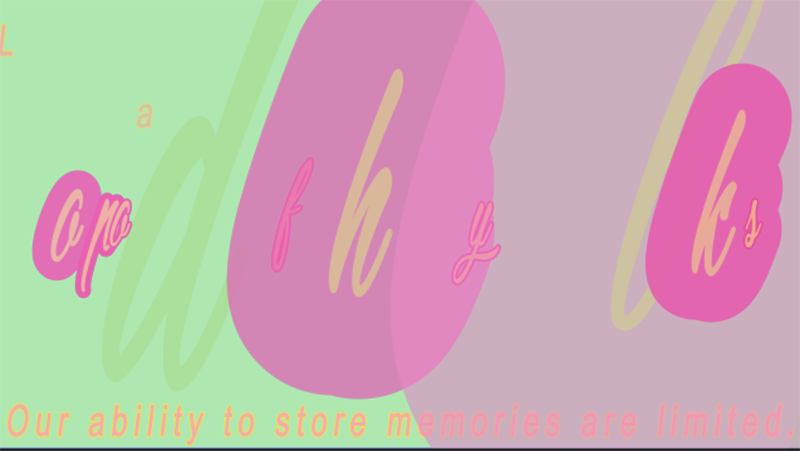 I struggled with producing 4 minutes of movement—harmonious and opposing. I feel like in After Effects it’s easy to start using a bunch of effects rather than making your own content. I also struggled with rhythm and felt like I used the same text format throughout the piece. I also struggled to include a 3D effect—my laptop kept crashing After Effects and it wouldn’t load onto my screen. 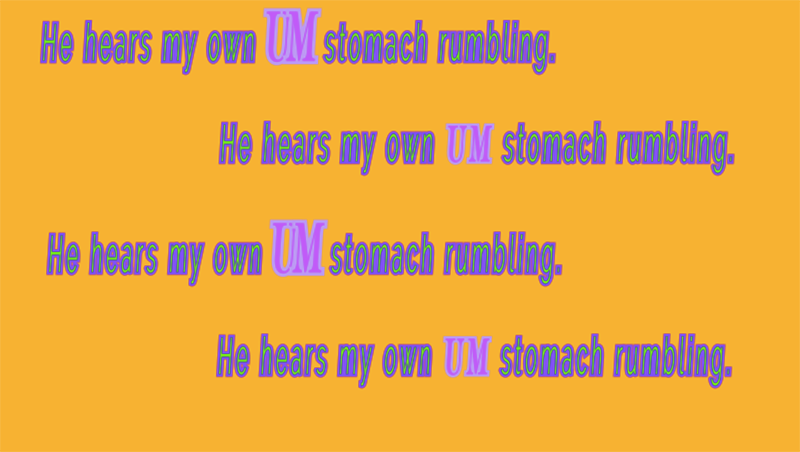 In the project itself, I had a lot of fun with fonts, color, and movement. First and foremost, the colors and solid layers had to be bright. I’m writing about two bright things: Vino the dog and our mutual love for Froot Loops. At first, I tried to implement a green and peach color palette within the Froot Loop text. I also tried to emphasize the speech disfluencies like um, uh, and like with a pink text and using the Engravers font. Furthermore, I learned some new effects like adding a wiggle and scaling just a part of the word. 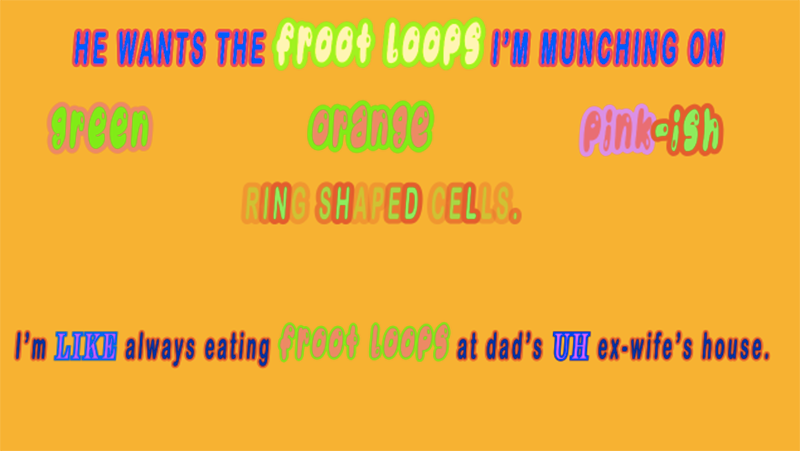 I came out of this project with a few favorite fonts. While there are some really wacky ones out there, Arial Narrow Bold and Futura turned out to be my go-to’s. These fonts worked well with stroke and fill, whereas the wacky fonts were harder to work with stroke and fill.

I also wish there was a way to copy and paste more than a few words into a text box. It was nice that I could use different text boxes to create different animations on each word. However, it was harder when I had entire sentences where I felt the whole sentence needed an effect. It was tough fitting the stanza inside a text box so I had to split up each line into a different text box. 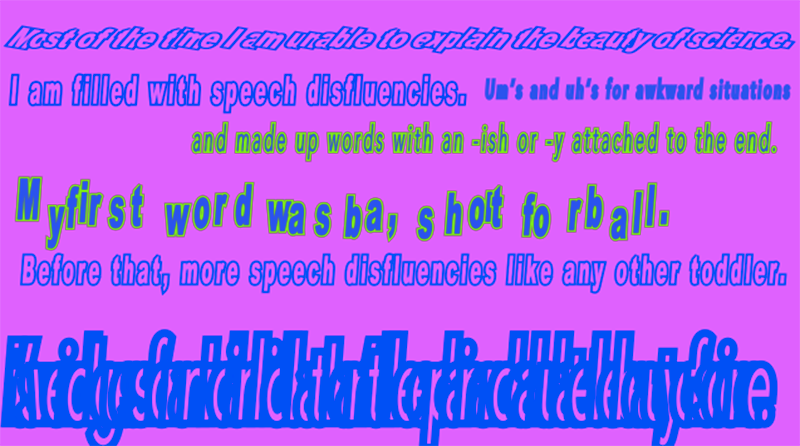 If I had had more time I would have tried really hard to pursue a visual storyline with this piece. I’m disappointed that I could not find a way to do that. I also want to stop using effects as a primary visual effect. The video also took an incredibly long time to render in ray-traced where it would just stop in the middle and not continue rendering. I changed the render setting back to Classic 3D. I left it rendering all night on ray-traced and it still did not completely render. However, once I set it back to Classic 3D it was able to do so.