I worked on two different projects for this one. The first experimented with more forced perspective. The particle system of objects is being transform-rotated, but the scale of the objects is also being increased and decreased at the same time. The result is a particle system that appears to swell towards you. 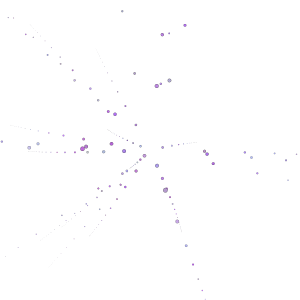 Here is the system at a small ‘in the distance’ moment^^^

And up in your face: 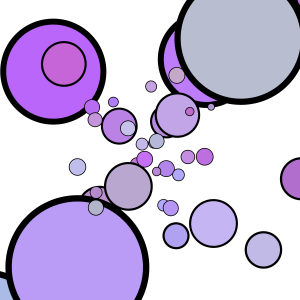 I was surprised at how well it worked. When the scale increased, it also increased the stroke of the objects, which I found to be unexpectedly awesome. The colors are being randomly generated to be reddish and purple. I think I would improve on it by spending a bit more time tweaking the motion and perhaps changing the shape of the particles themselves.

My other exercise was also a particle system. The particle system follows the mouse cursor, and generates blue ‘bubbles’ which float to either side of the screen. The blue’s are randomly generated to give the design a feeling of diversity, and as the alpha channel is decreased, the color values decrease, and seem to fade away into the distance. Here’s the program freshly launched: 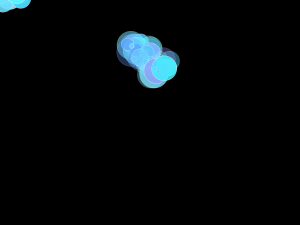 And after some cursor movement: 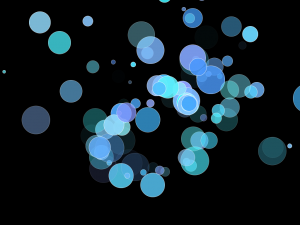 If I were to go back and make improvements, I would probably spend time tweaking the gravity so that it disperses the bubbles in a more realistic way. I could also modify their scale to give the impression that they are floating not only to the side, but off into the distance.