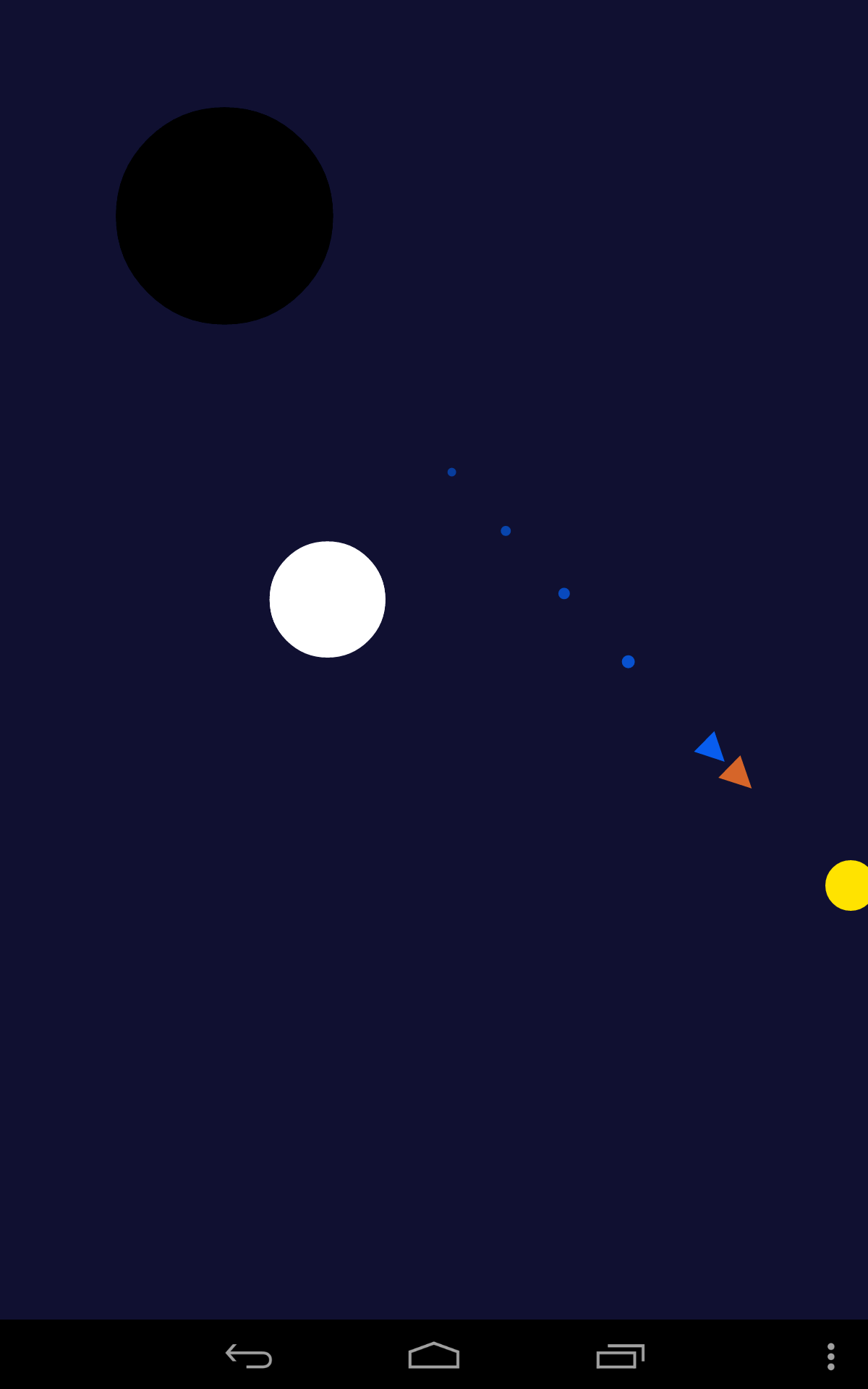 Although Space Journey is certainly a fun game to play, its primary purpose is not to encourage players to win or lose — rather, it is to simulate an interactive system, in which nearly every member has a positive or negative effect on other members of the system. As Shiyuan pointed out in her post, this particular game took heavy inspiration from the aquatic system described in chapter 3 of our textbook. But, rather than stick to Earthly concerns, we took our game into space! 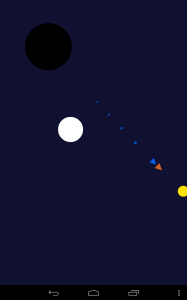 As the primary method of interaction we were working with was the speeding up and slowing down of objects, it only seemed natural to create a ‘black hole’ that would bend gravity and slow down the oncoming vehicles. We also created a sci-fi-esque ‘white hole’ that has the opposite effect — all objects that approach it speed up. Both ‘holes’ slowly move around the screen, adding additional interest for the player. From there, a deep navy background successfully creates the feeling of being in outer space. 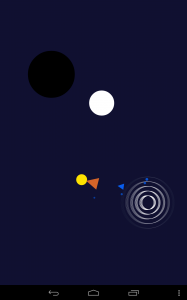 The player controls the yellow circle, and is pursued by an orange space-ship-like vehicle. In turn, the orange vehicle is chased by a blue triangle, followed by a trail of smaller blue circles. Each time the orange ship collides with the player, a futuristic sound plays, and some ripples emerge on impact. Each time the orange ship gets the player, it increases in size, until it can become almost impossible to avoid. Conversely, each time the blue triangle successfully catches the orange ship, it decreases the size of the ship, and it can become quite easy to avoid. This returns the game to the idea of an ‘eco-system’ of interaction, in which the player must deal with multiple environmental variables.