For my conference project, I designed a game called “A Cup of Rain.”

On the screen, there is a “measuring cup” on the bottom, collecting the falling “rain drops.” 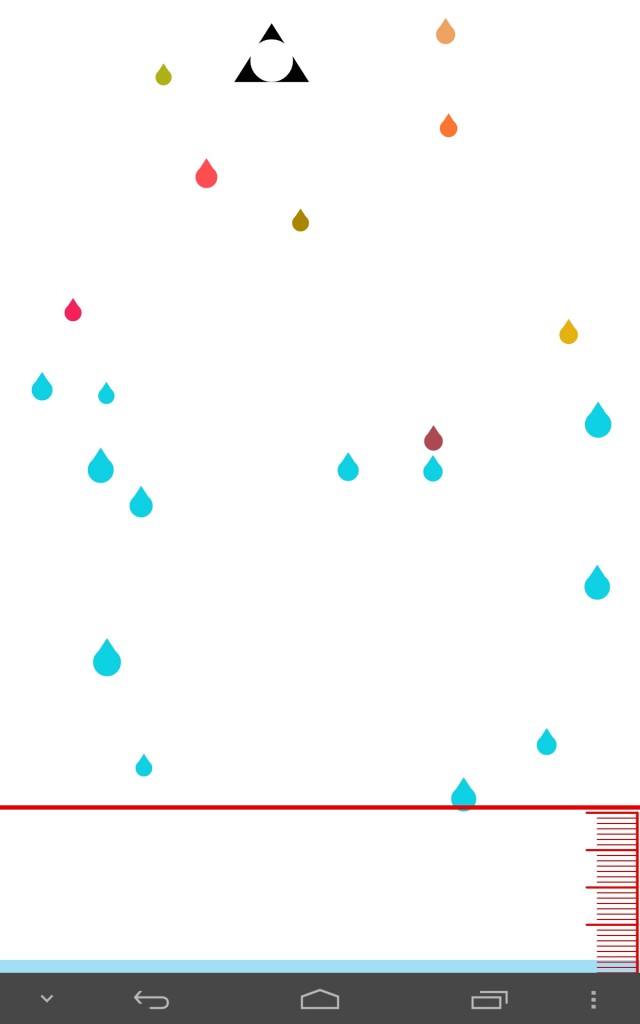 The rain drops are generated with different sizes and moving speeds, so they will collide into each other, and when that happens, two events will take place. Firstly, they will merge into one, larger drop, and secondly, the speed of the larger drop will be the sum of the previous two drops (so it will fall significantly faster than before.)

When a rain drop falls in to the measuring cup, it will accumulate so the water level will rise according to the size of the drop.  At the same time, the water in the cup will gradually increase its darkness, turning from light blue to black. 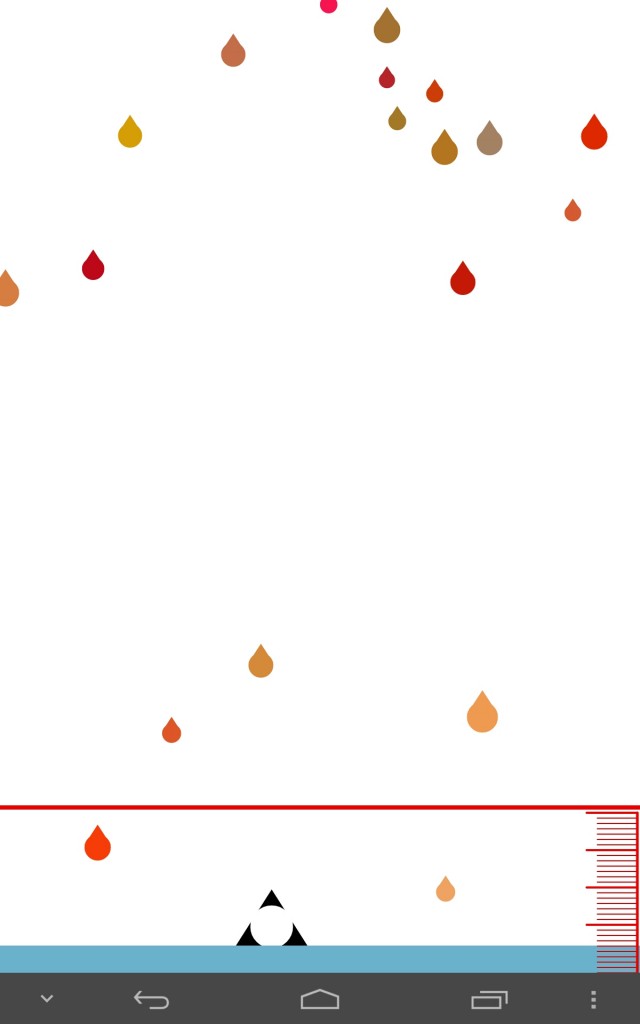 The goal of the game is to prevent the water in the cup from turning completely black, and in order to do so, the player has to create blue drops to “dilute” the water. When the player taps any raindrop, it will turn into a blue drop, with increased size and speed.

When the water level reaches the top of the scale, the player wins the game.

There are also two additional objects. One is a ring that will turn all drops into blue. 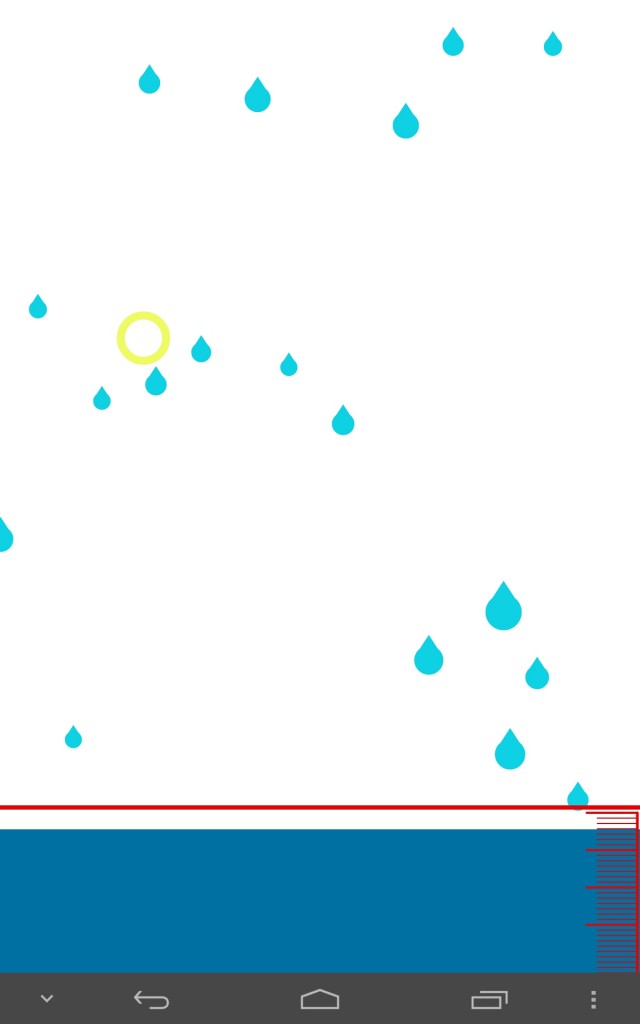 Another is a triangle that will speed up all drops on the screen. A successful game play will depend on tapping speed and appropriate use of these two objects. 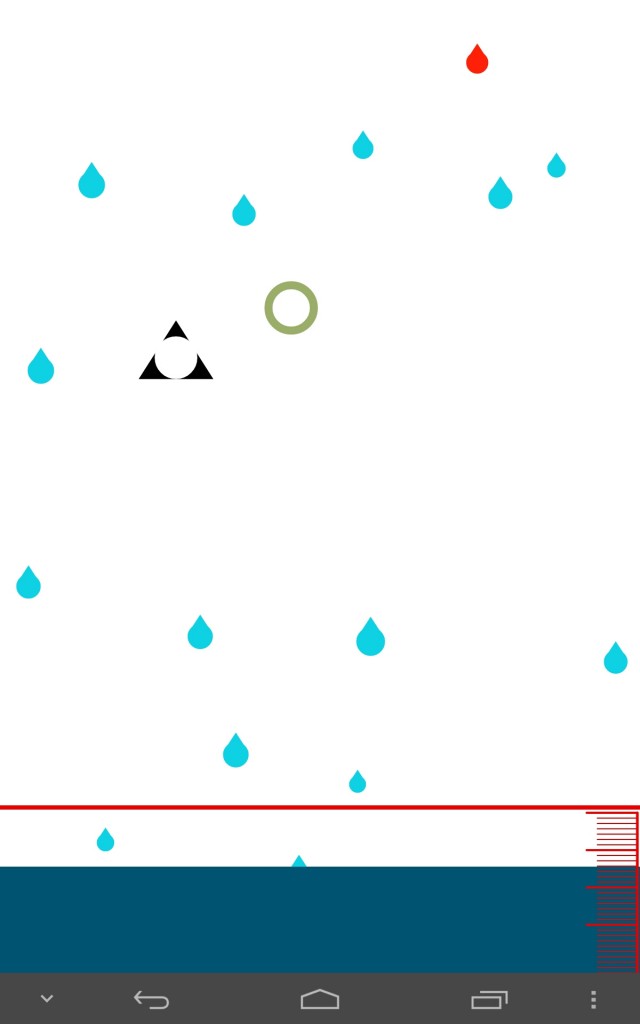