“You begin with the possibilities of the material.”

Growing up, special occasions were always met with balloons. My grade school birthdays were always some wild combination of colored balloons bouncing around and streamers tearing away from their taped positions against the wall. As I grew older, streamers were replaced with a cake of my choice, but colorful balloons simply evolved into large metallic number balloons that would represent my age for the coming year; these were provided by my friends who would each request a picture with me in front of said balloons for their respective Snapchat Stories. My senior night, the Vandegrift High School softball team showered me with sunflowers, roses, and shiny balloons fixed to plastic sticks. Graduation was the same. Once again, I was holding a balloon; this one had “GRAD!” written on the side in silver letters on a black background. Knowing that balloons have been a recurrent theme in my life, I should not have been surprised to see an unopened bag in the junk drawer as I dug for a “Found Machine”. Nonetheless, as my eyes laid upon this bag I was taken aback. A sense of nostalgia overcame me and I knew that I wanted to create something from the rubbery balloon material. I began to think about the properties of a balloon. Balloons are one of those things that people believe have a defined purpose and limited array of uses, so I wanted to avoid using the balloon in the expected fashion. How could I transform this material into something completely new? I tried to think about the balloon as a collection of components rather than a completed item. Rolling one of the balloons from my freshly opened bag between my fingers, I noticed that it was sticking together in some places when I pressed too hard. I pulled the stuck sections apart and observed it’s flexibility. The balloon did not succumb to pressure nor snap when stretched; observing this sparked my interest and I decided I wanted to highlight this flexibility in my work for “Found Machine”.

I wanted to further explore the stretchiness of the material, so I began by blowing up a balloon. As I rolled the expanded balloon across the surface of my desk, I noticed two things. The first of these is that the top and bottom seem to be less stretched than the middle- I suppose this is because of a a slightly thicker wall in these areas. The second observation I made was that although balloons had been a staple of special occasions in my life, I had never though much about the point where the ballon is tied.

Although a knot is absolutely essential for the balloon to hold air, the colorful ones from my grade school birthday parties seemed more perfectly round in my memory. Staring at the protuberance that had been ommitted from my memory, I was struck with an idea: what if I cut the balloon into strips and tied the strips together? The thought reminded me of cutting a rubber band so that it became a string of sorts. I decided that this would be my first step towards exploring “Found Machines”.

Following through, I diligently cut individual balloons into strips that were of semi-equal size and shape. While mindless, this task was extremely tedious and often lasted about 20 minutes per balloon. When I felt I had accumulated a good number of strips I set down my X-ACTO knife and tied each and every strip together; producing one long thread of balloon material. Stretching and Squashing my string, I thought of the uses of string. Where could I take this idea next?

Believing that I was emulating my childhood bracelet-making days, I began to weave the braided balloon together with real string. I painted colorful backgrounds- an homage to summer camp- and wove shapes using the two threads. At first, I was unbelievably disappointed with how my shapes had turned out. The shoddy images I had created were nothing like the intricate designs I had imagined in my head. I was frustrated by the amount of time I had spent cutting, tying, and braiding just to create a “faux string”. The painted backgrounds did nothing to detract from the messy craftsmanship, but I resigned myself to turning in pictures because after all, these three tiny canvases had taken me hours to complete. After submitting pictures, I looked at the squares closely and found the stark contrast in texture between the two threads interesting. Inches away from my face, these canvases had reignited the spark of my project. I set a new goal: I wanted to highlight texture rather than flexibility.

Filled with the remnants of my intital disappointment and hope for a better second draft, I began to work on my final version for the “Found Machines” assignment. Hoping that meticulous work in every stage of development would produce a cleaner product, I cut and tied the strips together with scrupulous attention. I braided the string together tightly, pulling on the strips until they were fully extended, so as to avoid uneven sections. Every step was done carefully, but my hands were working faster than they had the first time. Within 6 hours I was done with my second draft and was far happier with it. At first glance it reminds me of a pie crust, but upon closer examination the textures come to life.

A nod to my childhood, this project has been one of discovery. While my memories of balloons will remain, a knot shall by added to the close of each one. Friendship bracelets from summer camp will similarly be colored differently; this time as the inspiration for new art. Rather than looking at household objects as a list of their uses, I will now think about their properties and how these functions can be manipulated. I suppose my point is this: while this project was about discovering a new machine, the thing I found was a new way of looking at the present and past. Perhaps we are the first “material” of which we should begin by observing the properties. What makes us who we are and how can we use those experiences to inform our art? 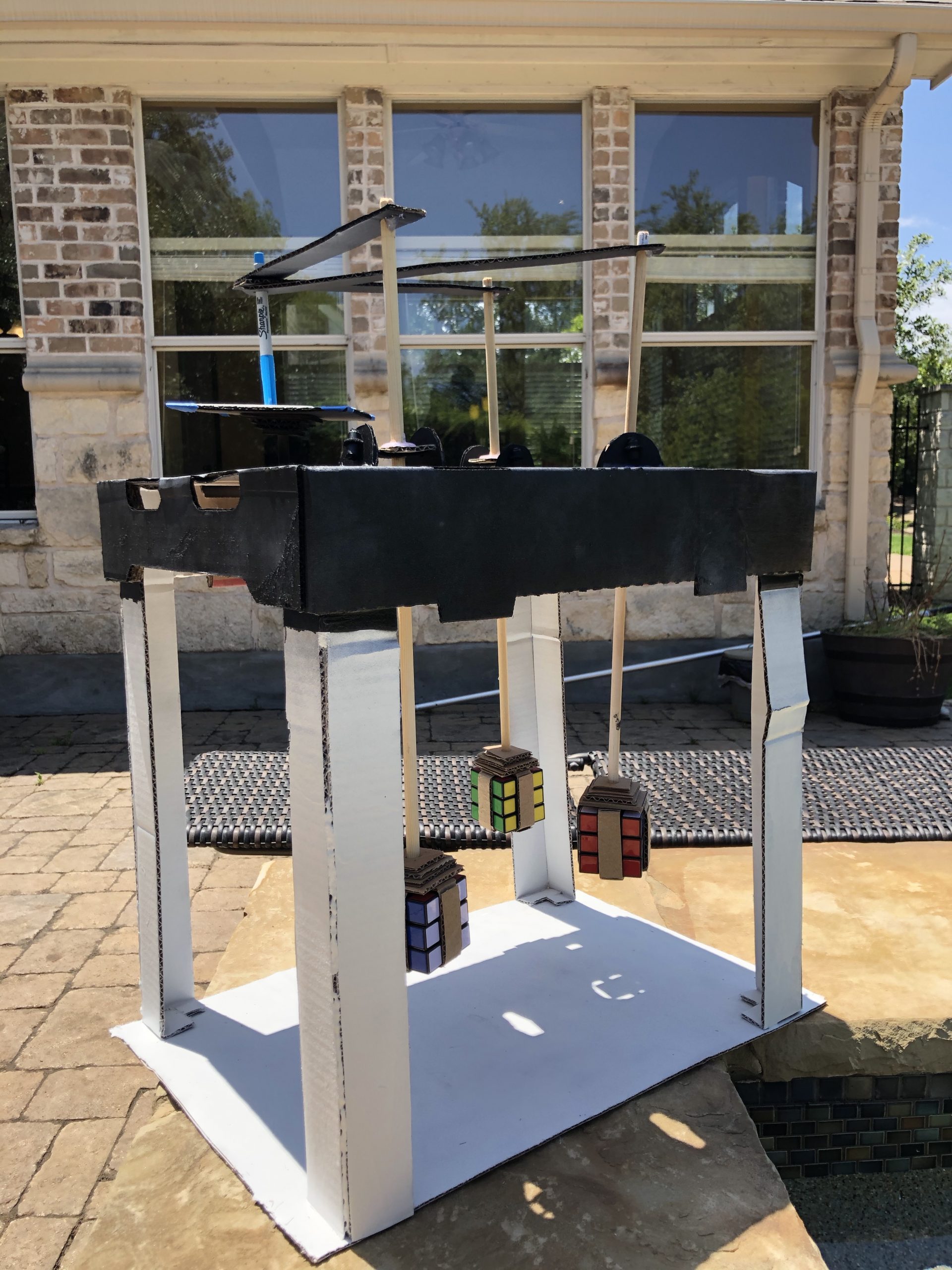 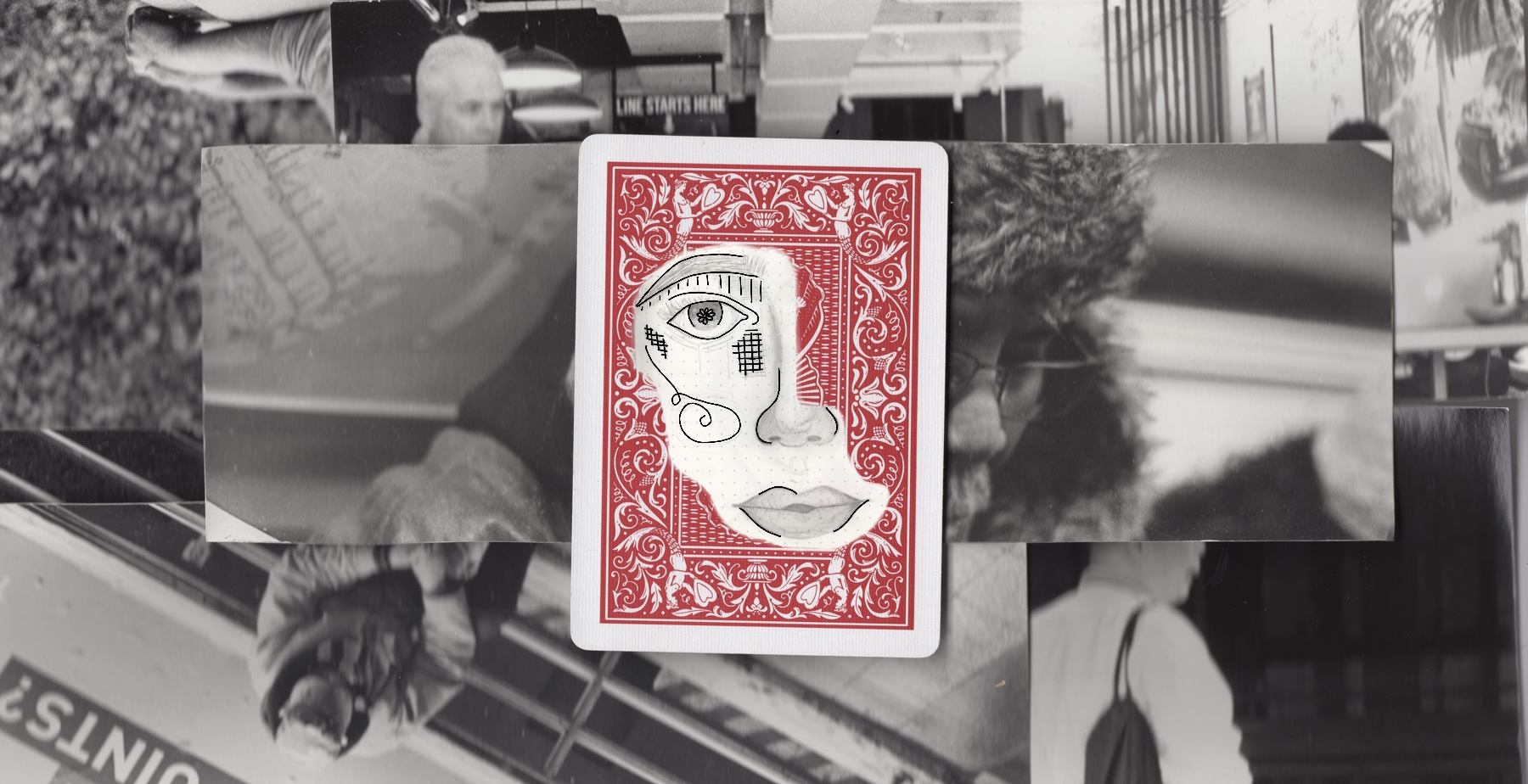