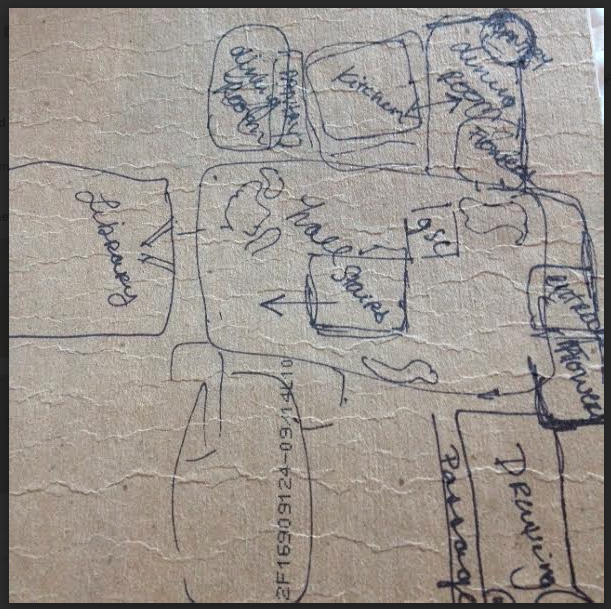 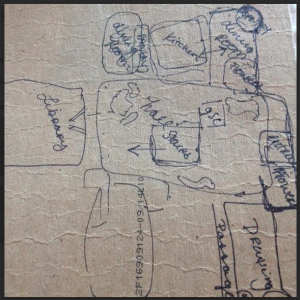 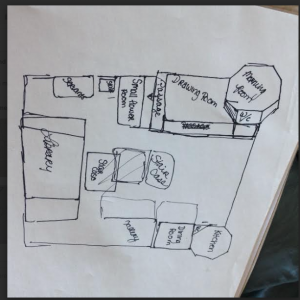 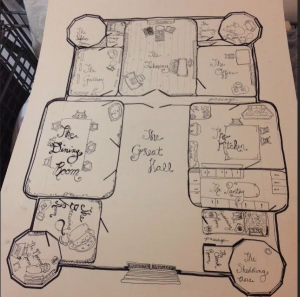 My map shows the way in which the narrator emotionally views the space in which she’s inhabiting; it challenges the question of presence- demanding that one consider the elements that combine in order to create someone’s presence: are they solely physical? are the mainly psychological?

In some ways, my conference project is tied to psychogeography, because I’m trying to view the space as the narrator does, and sense the invisible presences of the other characters!
I was originally struggling in trying to find a way to show the presences of the other characters in the book, but am now going to use color as a way of doing so. I decided to go for a thick creamy paper, so that the colors I use (including white), will really stand out. I was actually heavily influenced in my illustrative style of the map by children’s illustrations, Korky Paul, in trying to evoke the Victorian homes through huge amounts of high detail. 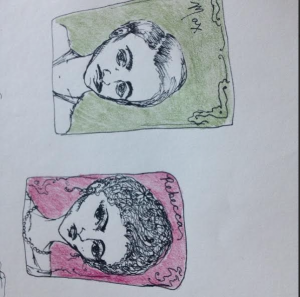 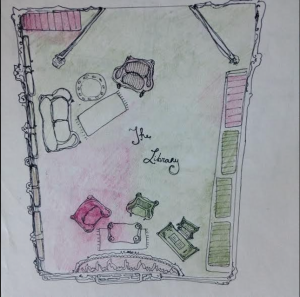