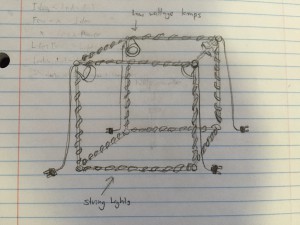 This project was derived from the following series of assumptions:

Removing shadow from a form is as simple as projecting light upon it from enough different angles. To accomplish this, I intend to build a box or other container similar to the sketch at the top of this post. It would be constructed of wire or wood, and the lights would likely be a mix of string lights and accent lamps such as these: 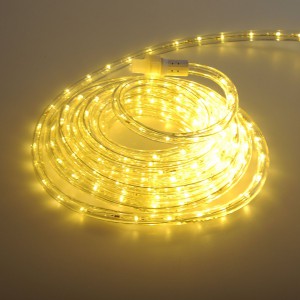 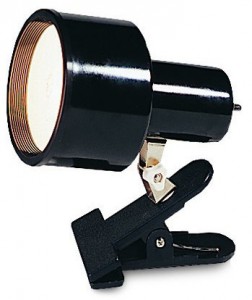 Left in a public space, a sign/note would instruct users to “leave your fears within”. Index cards, markers, and perhaps some plasticine clay would sit beside the catcher as well, available for people to construct their fears out of if they wished. By placing their fears within the catcher they would remove their fear’s shadow, undermining its power, share it with the public, counteracting the isolating nature of fear, and also be able to trust that their fears, or at least parts of them, would remain safely within the catcher and not follow them when they left.