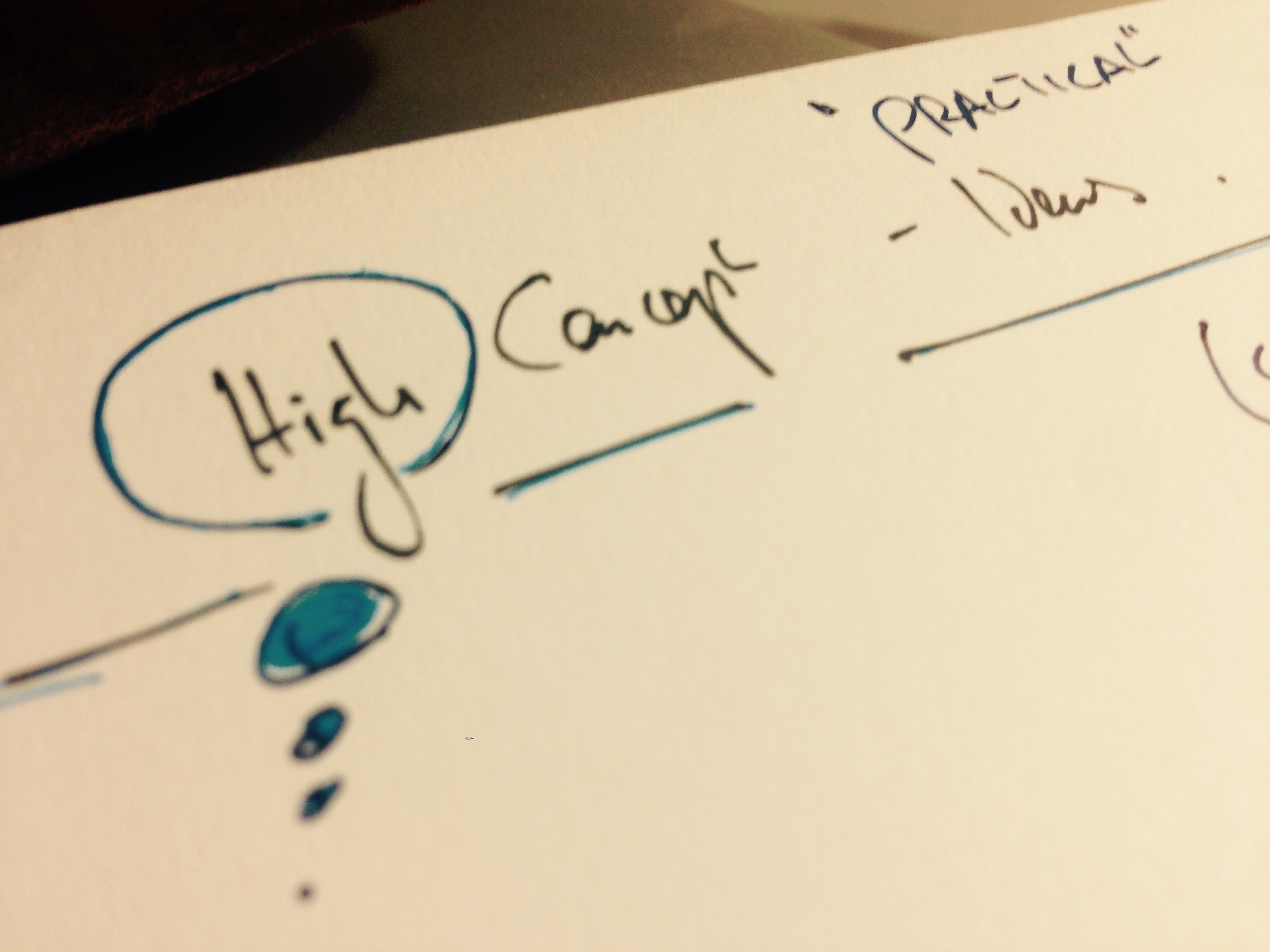 Quick notes and impressions (see photos, especially abstract for game (as non-abstracted as I can get pre-actual design) about on-going design of the game::actually making it playable now, that’s where it’s at. I have my materials and ideas in one place.

Focus: materials, design, own art work, having fun doing it – 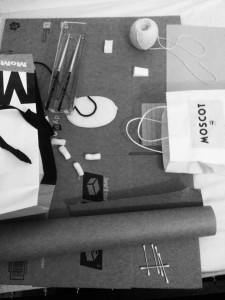 Details to These Notes –– (mainly concerning the mechanics of the game–)

I drew/wrote up a mind-map style plan for the game play of this game (see image below): the main idea is to switch between characters. All of the characters are mentioned in the story, so that is what I can work with, and although the story is told from the point of view of one character, the way that character emphasizes the we and us when she talks about the protesters at the convention lends itself to having all of them playable throughout the game.

The other idea essential to the game is how I want to deal with time and space. I’ll go ahead with that initial thought of having the cell scene flash back to the main events of the story (outside and inside the convention, really). The way I actually want to have the flashbacks work is to switch over to the cell whenever a room change occurs.

This is where the view finder and the layout come in: as I want to test in class, I am going with a five part cross/grid, and the view-finder model to implement the different “rooms:” outside the convention (hotel lobby), inside (in three parts/rooms), and the cell make for five separate parts that the character can move between. Only the cell cannot be accessed physically, that occurs with flashbacks.

I mounted all of this to a large piece of cardboard I had in my room, and I went with a sort of collage to tie it all together. I still need to set aside some time to work on my pixel art, but basically I would just glue/tape that on the board. For now I have some sketches as stand-in artwork.

See below for an image of the materials in loose form (see class for the finished board), and a photo of the white board with Angela’s ideas I tried to implement (the five-part layout and viewfinder in particular). The photo with “High Concept – Practical Ideas” is part of the mind-map I made (let me know if you would like to see it, but I will try to talk about some of the difficulties of implementing ideas at the next/last play-test). 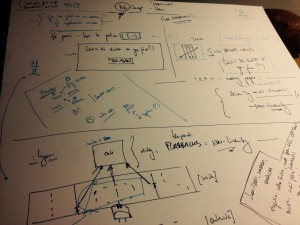 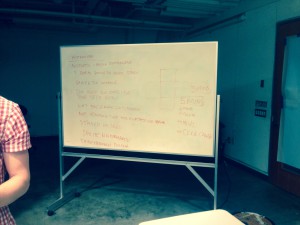