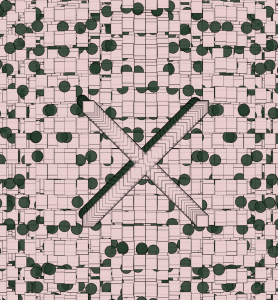 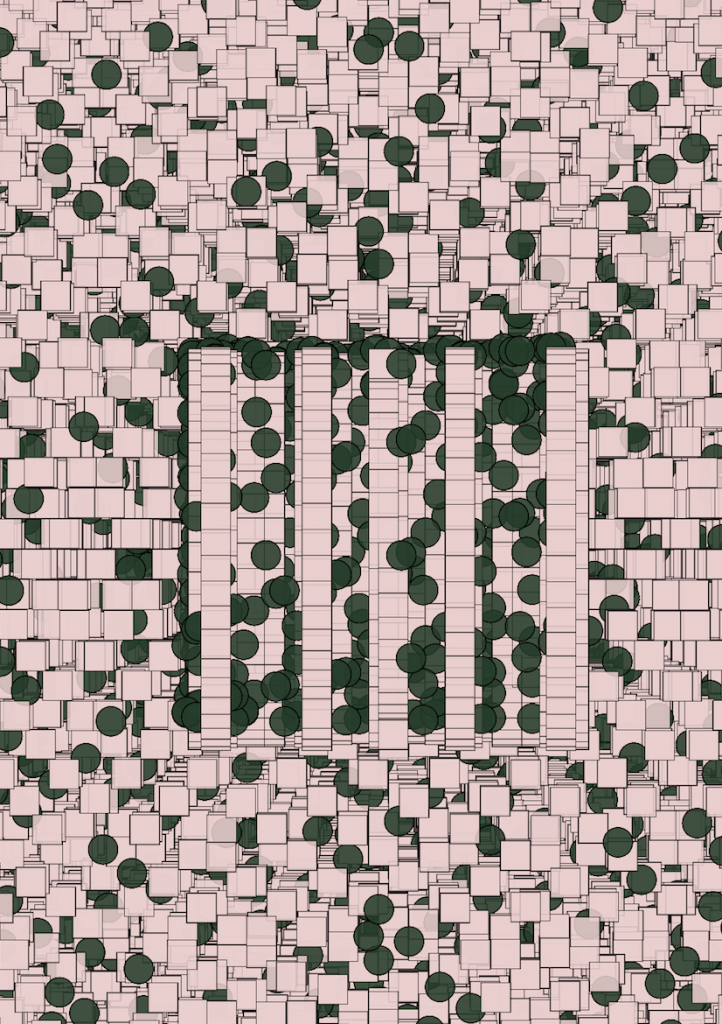 This project has been one of my favorites thus far.This project came entirely from experimenting with code I was familiar with. I originally only had one pattern that would infinitely expand. My original intention was to create a perimeter for the pattern, however, after my conference, the project became a pattern that evolved into an infinitely changing pattern. 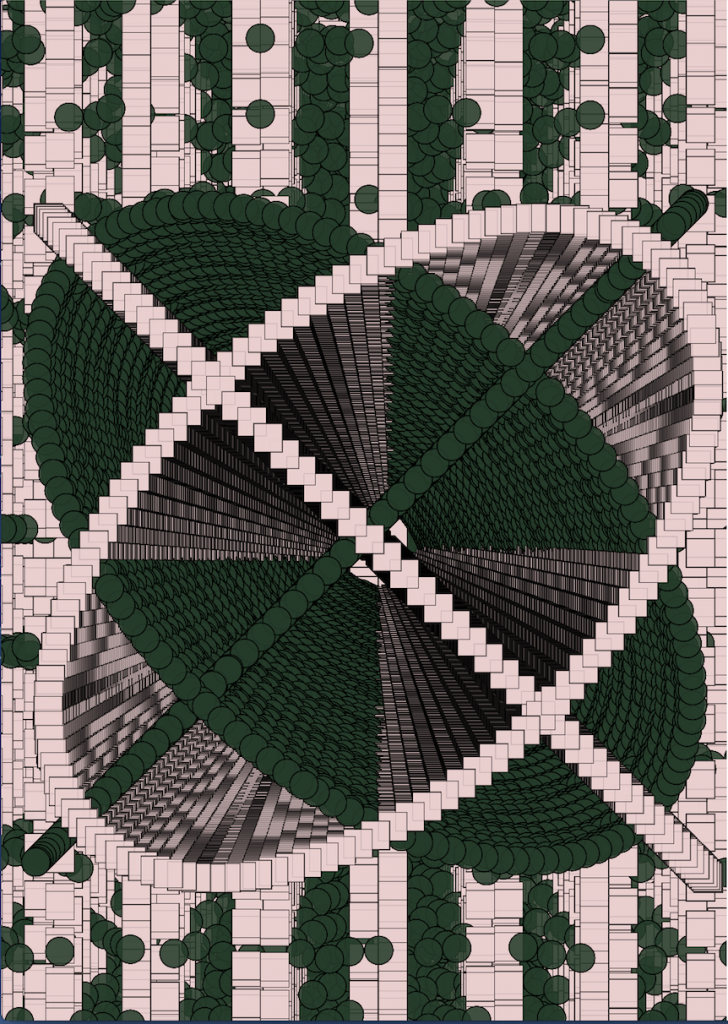 I really enjoy the almost 3D effect that the some of the patterns have. If you look at the screen for long enough you can start seeing new and more elaborate combinations. I would have liked to be able to include changing colors in each pattern. Each pattern ends after reaching a distance of 400 and a new pattern is generated by the object-angle and continues to expand until eventually being replaced. 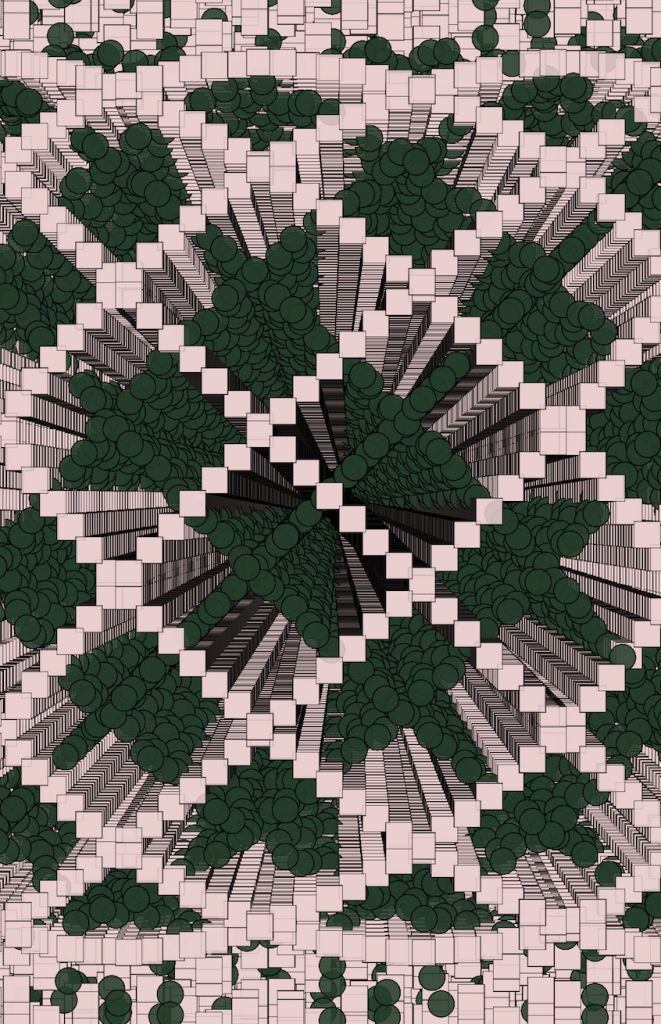 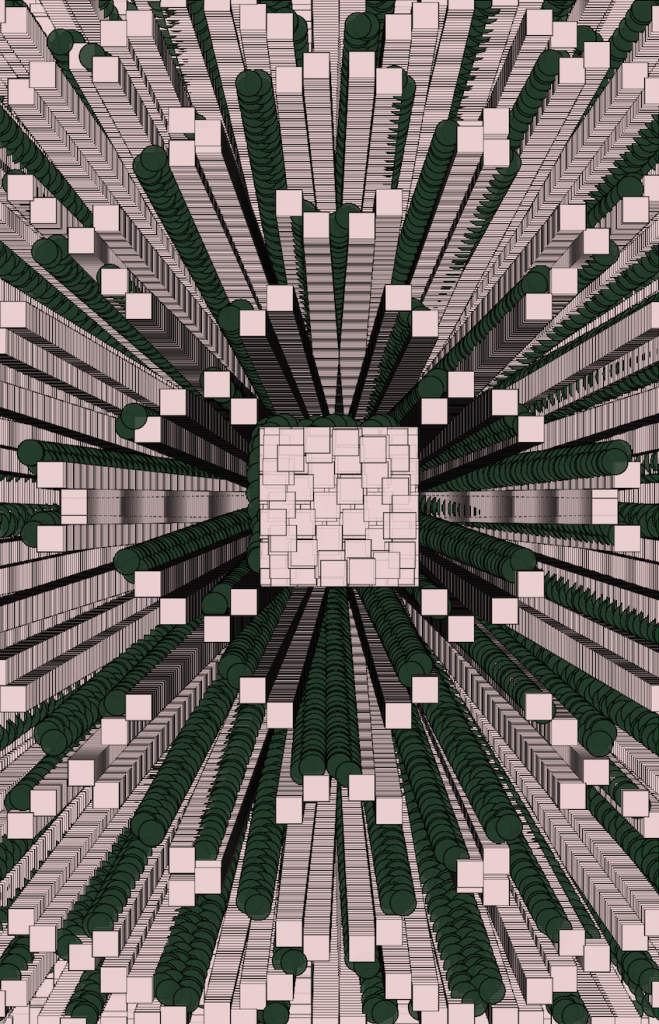