Like many of my classmates I thrust myself into the great unknown when creating my wallpaper. My process didn’t begin with any fancy sketches or a long overdrawn brainstorm, instead I went straight to the internet and began perusing wallpapers and patterns created by other digital artists. Some of the patterns and wallpapers that really spoke to me include: 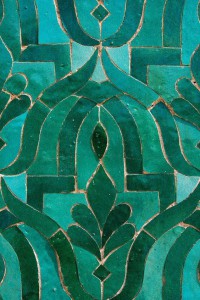 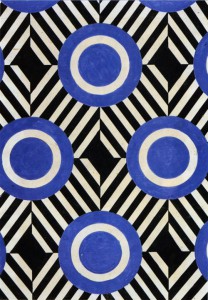 After collecting a sizable folder on my desktop of patterns and wallpapers, my own wallpaper began to coalesce. I was intrigued by the intersection of natural and obtuse shapes in a repeating sequence to create a wallpaper, and when creating my own wallpaper I wanted to incorporate the idea of nature vs. a pristine, human-generated pattern. Thinking about these things, I moved to create my own wallpaper.

Perhaps the most challenging part of my code (save animation) was creating the pattern that would serve as my background: a horizontally repeating zig-zag line. Even using a loop to repeatedly generate the lines, I found I was having trouble with the positioning of the vertex-drawn shape I created. While I considered scrapping the lines altogether at one point because of time, I was possessed with having the zig-zag lines as my background and finding a solution to my coding problems. When I finally got the code to work and properly run along the length of my canvas, I felt incredible satisfaction and triumph. One thing this coding assignment has taught me is that every individual coder has his or her own “mountain” to overcome. For some people, loops and animations are incredibly tricky, or for someone well versed in loops, composition and design pose a challenge. Each assignment has given me a new set of tools to put to use, and another challenge which to overcome. After triumphing over the creation of my background pattern, I moved on to creating and flushing out other graphic elements.

When creating my wallpaper I thought a great deal about nature and perfection, and the ugliness of nature colliding with the structure and perfection of repeating patterns on a wallpaper. While most of the shapes on my wallpaper ended up being geometric, I tried to create some more organic and custom shapes with the coding tools at my hands (vertex drawing and arc to be specific). With arc, I was able to create clouds, and soon I was well on my way to creating a weather pattern. As I was coding, I reflected on how the proximity of shapes with one another created a new shape, or familiar objects we all know. Using arc, ellipse, and rectangle I was able to create a cloud and generate symbolic weather underneath using rectangles. However, if I were just to put all of my shapes in a horizontal line, they would have no meaning to one another. As I’ve spent over half my the first semester coding art, I’m surprised at how art and coding are both about relationships. 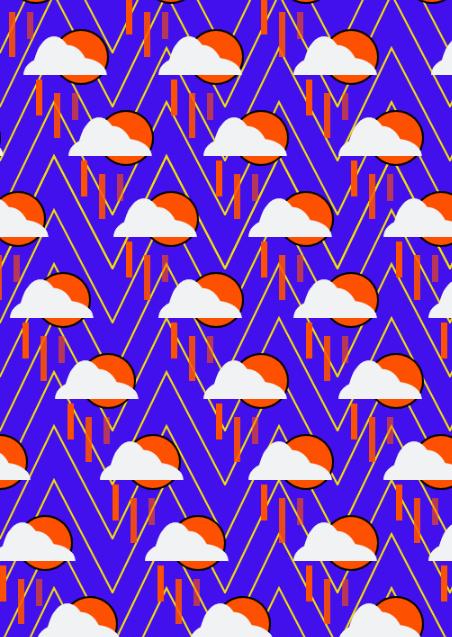 One hang-up with my project is that I was unable to achieve animation. I wanted my rectangular raindrops to oscillate up and down, and the background pattern to loop and move upward, creating tension between the piece. I wasn’t able to achieve animation primarily because of the way I coded my objects’ x and y positions. When trying to return and introduce animation, I found it difficult to do so when I was already using the x and y in my for loops. I would really love to return to this piece and add animation!

On the subject of composition, while I generally like the colors I was able to achieve and the overall aesthetic, there is something very bland and head-on about my wallpaper which I don’t especially like. After looking at my finished wallpaper, I shook my head a bit because the pattern I created reminded me of a blanket. I’ve noticed in much of my artwork a level of “coherence” or comprehension that turns my art “flat”. As I’m just beginning to dive into art, especially art created from code, I would love to develop my sense of composition and creating more organic artwork not so rigid and heavy-handed. Overall I am pleased that I was able to solve some personal problems with my code, but I still think there is much to learn and improve upon!