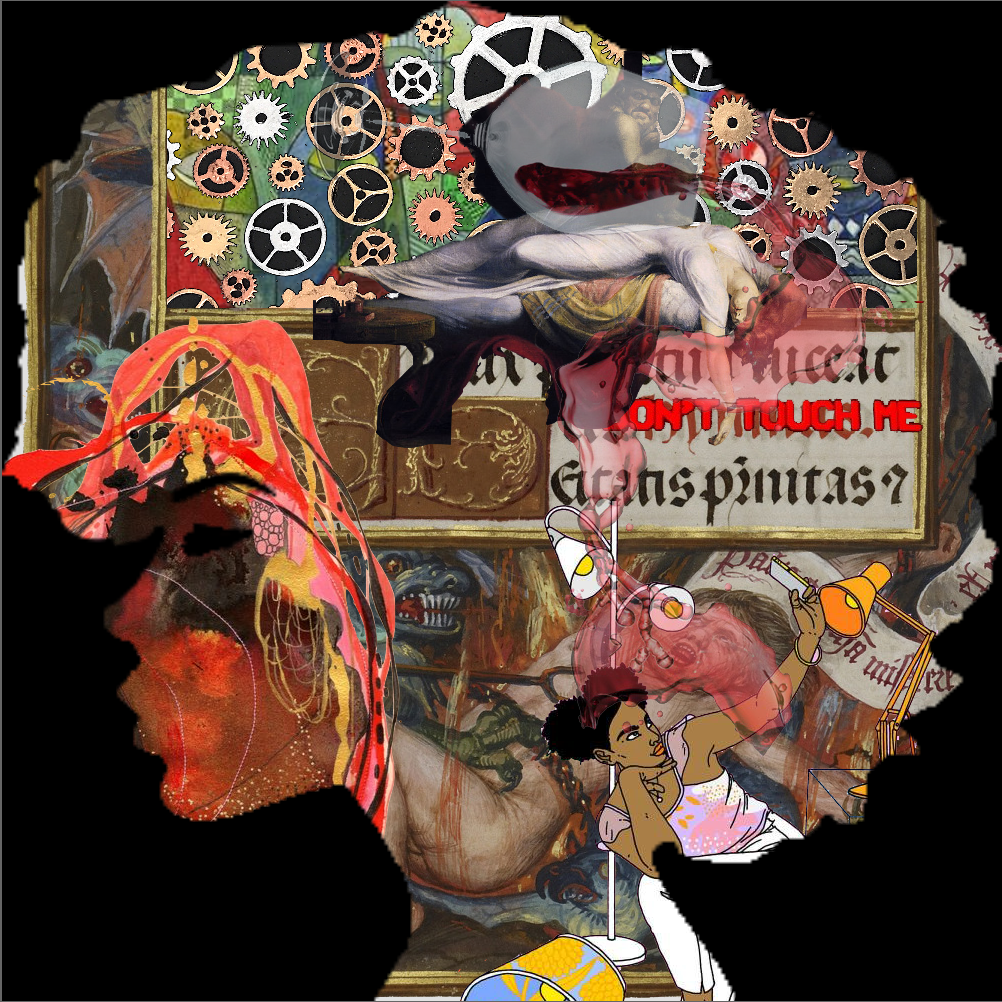 For my conference project for Art From Code, I attempted to illustrate my own background through imagery. My collages are divided into two different parts. My primary collage is related to my identity and its correlation to the struggles I have faced in society. This was intended to produce a more personal collection of impressionistic illustration.  The secondary configuration of images associated with a broader relationship dealing with the conforming to social norms and the stress it causes on an individual, whomever it may be. My first self-portrait shows my head and the thoughts that rapidly race through it on a daily basis in a chaotic manner. As you can see in the background, there are gears that personally connect to my overactive brain, and its perfectionistic attempts to please other people. There are absurd amounts of pressure being placed on teenagers, especially at my age, because one is desperately attempting to grasp their own identity. On the bottom right side of this portrait, I am shown posing in front of a light, which is a metaphor relating to the incessant demands of our current culture. From a very young age, particularly being a female living in New York, we are taught to portray ourselves a certain way. For example, we are told to dress a certain manner, conform to the community around us, and we mature faster than most. This has the most severe impact on young adolescents mental health because self-conscious behavior becomes preeminent. Due to this, I included an image of hell which depicts the endeavor of being a biracial woman, like myself, and attempting to satisfy the populous around me. Below, there is a text overlay stating “Don’t Touch Me” because I wanted to express the mental torment of negative energy sounding femininity, racism, and beauty standards. There is also a red wine spill over the imagery of hell, revealing conjunction of the body and Christ, especially in Catholicism, which is the religion I practice. Behind the gears, there is a Nigerian print that links to my own heritage, and the pride I take in having an African father. Being both from Irish and Nigerian origins has demonstrated two parallels in my life, and finding my character has been more challenging due to it. The splatter paint on the left side of the portrait displays the colors that express my personality and the cognitive flairs I express myself with. 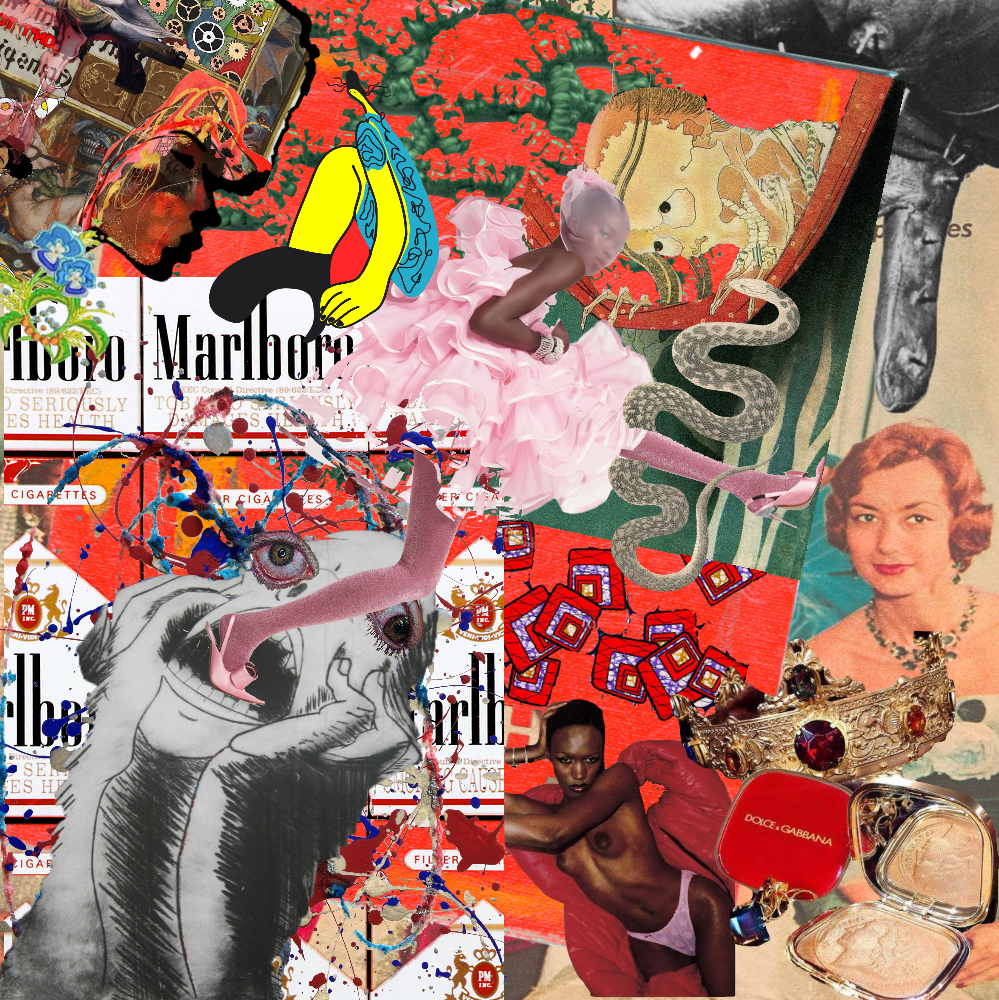 In my broader secondary collage, I depict myself as the woman wearing pink extravagant clothes and high-heels. Everything going on behind me represents social order and the way humankind copes with hardship. The Marlboro cigarettes delineate the way one turns to addiction and pleasure as an escape from the brutality that pressures manifest in. I also incorporated some personal aspects, such as a Celtic knot (due to my Irish heritage) and another Nigerian print. The makeup and expensive jewelry, such as the crown, are also sculpted into my piece directly next to a nude woman. The provocative essence of the naturism, mixed with the attempt to cover up imperfections, is identifiable in almost every woman, and some men. The snake slowly attacking the woman in pink, shows my leg in the image as a metaphor for negative fortitude trying to drag any individual down for their own benefit. In the left top corner, I created an abstract brain, looking over the rest of the image. This is my individualized perception of my own brain and the way I discern reality. The black and white hand in the background, and cartoon characters, express the temporal and frontal lobes and the constancy of unplanned thoughts they cause.

These collages oversee multiple different ideologies and interrogatives in order to convey that coding has the possibility to be used as a tool to aid in web programming, a more cooperate mechanism, but is multifaceted. Coding also has a circumstantial approach in the art world, which was viewed in the collages I generated. The most challenging countenance I faced while drafting these art forms was addressing the placement of each form. Each image or pattern has a specific connotation to my individuality, but proportioning the translation and the overlaying of images proved to be a test. The smallest difference in numbers, both vertically, and horizontally, can drastically modify the final product. The artist I used as an inspiration made her formations using extremely busy collaging, with a plethora of many subsets. The hectic nature of her pieces generates a time consuming art form that the spectator must observe copiously before fully understanding. I aimed to recreate Kirsten Stoltmann in my portraiture, though utilizing my own experiences.