My found machine is the motor of a clock. I’m not sure where the clock went but the motor has lived in my basement for over a decade. On of those items that you’re always afraid to throw out because you might need it some day. Well its day came, and it served a beautiful purpose.

This is the back of the motor. It uses a single battery which I also had floating around my basement. Initially I was inspired by Zoe’s balloon idea. I wanted to use a machine that wasn’t electronic but my father said I wasn’t allowed to use the mechanical pencil sharpener. So I found this motor as a viable machine. The grey tip of the motor moves every minute, after 60 minute the tip returns back to its original place. The wheel on the back moves and directly controls the minutes placement.

This is a personal inventions I made to produce the effect I wanted. It was difficult to get what I had directly had in mind because of some material limitations from being home but obstacles were conquered with ingenuity. The cup and tin foil was used to control the amount of paint that was pouring out. I experimented a few times to get the correct width and shape of the rupture so that the paint would drip out and not get stuck. This was somewhat successful. I only had acrylic paint and I didn’t have paint thinner so I used really hot water which get the paint a gloppy and marbled effect.

The idea was to recreate an Art from Code assignment I was assigned the year before where we coded an abstract clock using objects. In this case the depiction of time was abstract. The tin foil shapes are supposed to mimic that of an oak leaf. I did this because it reminds me of the Sarah Lawrence campus where we have a lot of oak tress. I attached the aluminum oak leaves to the timer so that they would rotate as time passes.

I started off with this light pink color to signify it was the first hour I had dripped paint over. Every hour or so I would drip a darker over the circumference of the clock. This created a layer effect where you could see the past placement of the aluminum oak leaves.

This picture represents the second hour where I darkened the color and used the same drip technique. I can see where the prior placement of the aluminum oak leave. As put the second layer of paint on with the cup a new area is exposed while another is covered.

This is my final product. It was my third hour of doing this. Between the three hours there wasn’t an area that was consistently covered but there some that were always exposed. It really depended on the when I went to put more paint on. If this were a perfected process I would have picked specific times when to add paint and I could even predict what the pattern would look like. That would really be a next step in my abstract clock. I really enjoyed this project because it allowed for all sorts of manageable challenges that I could overcome using creativity. One of challenges I encountered was which base material to use. I thought at first of using something like tin foil or wax paper to add texture but it wasn’t pores enough. I thought of using paper towels because they are white and it would absorb the paint but paper towels are in high demand right now and I did not want to be wasteful. I decided to find some extra grocery bags we have. We tend to use them to put the recycling in but we have so many I thought it would make a conscious choice that also have the property requirements I needed. 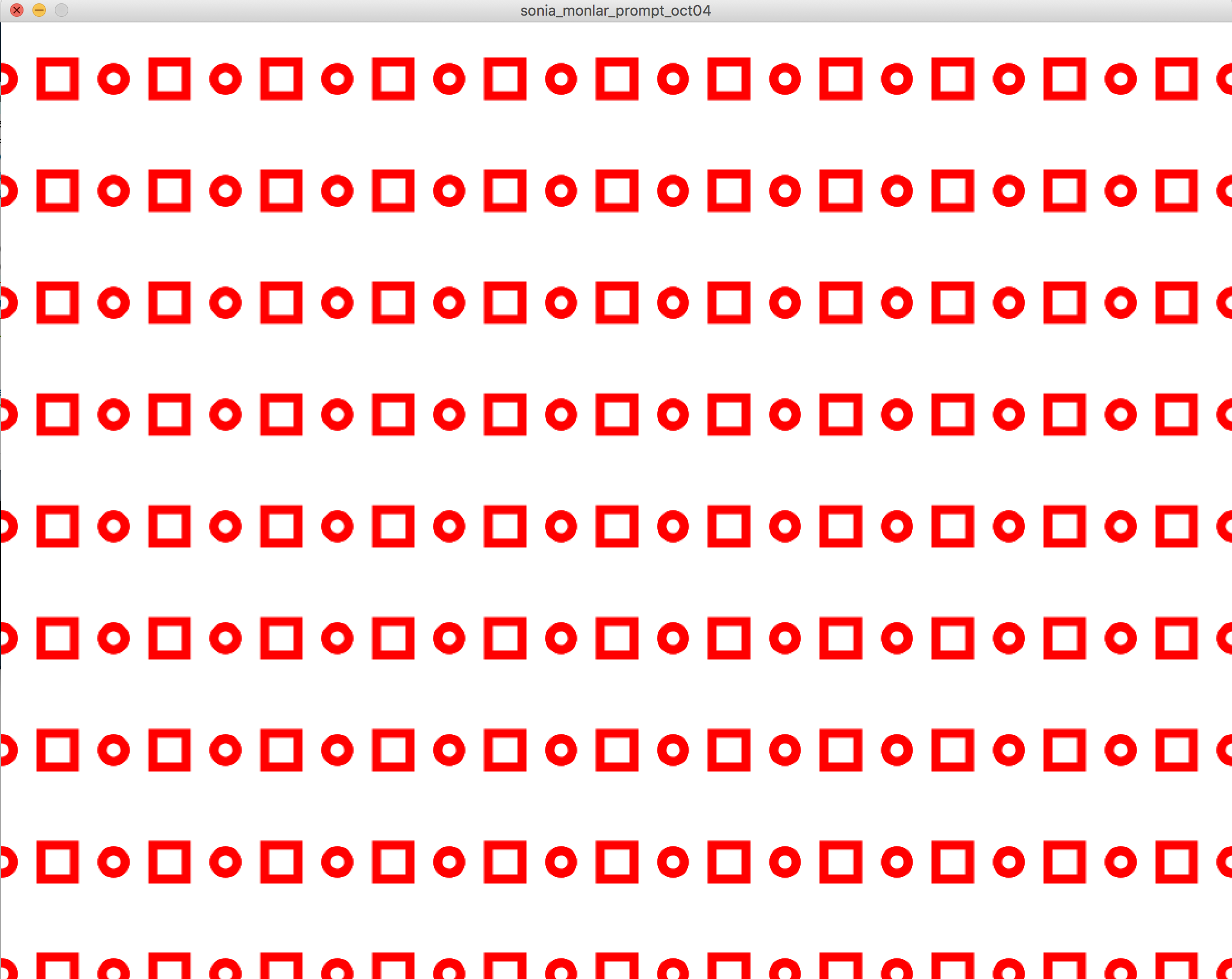 Art from Code: A Response to Vera Molnár 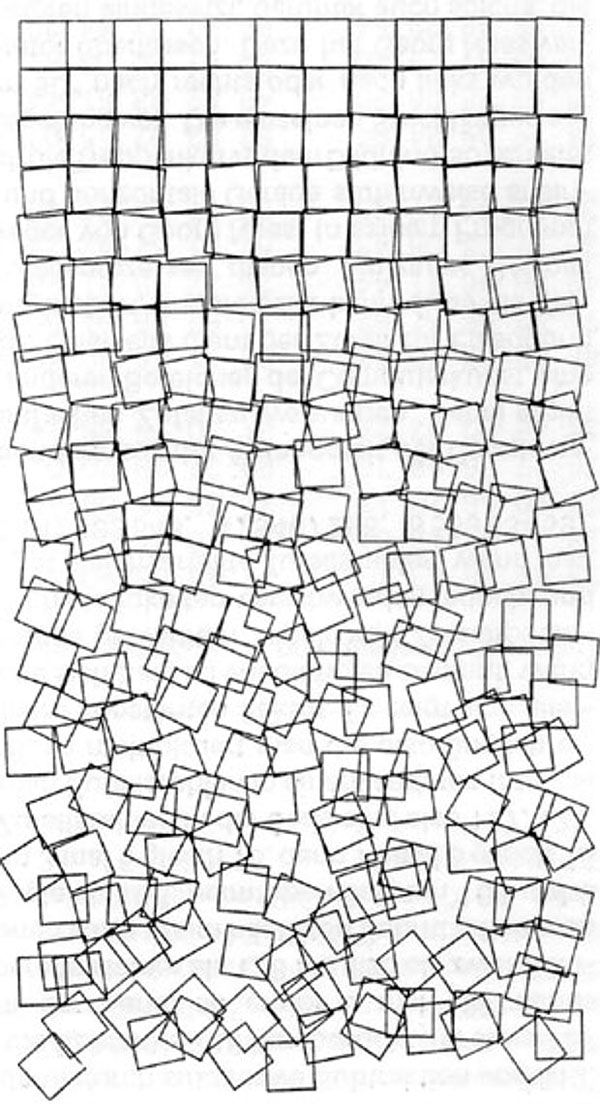 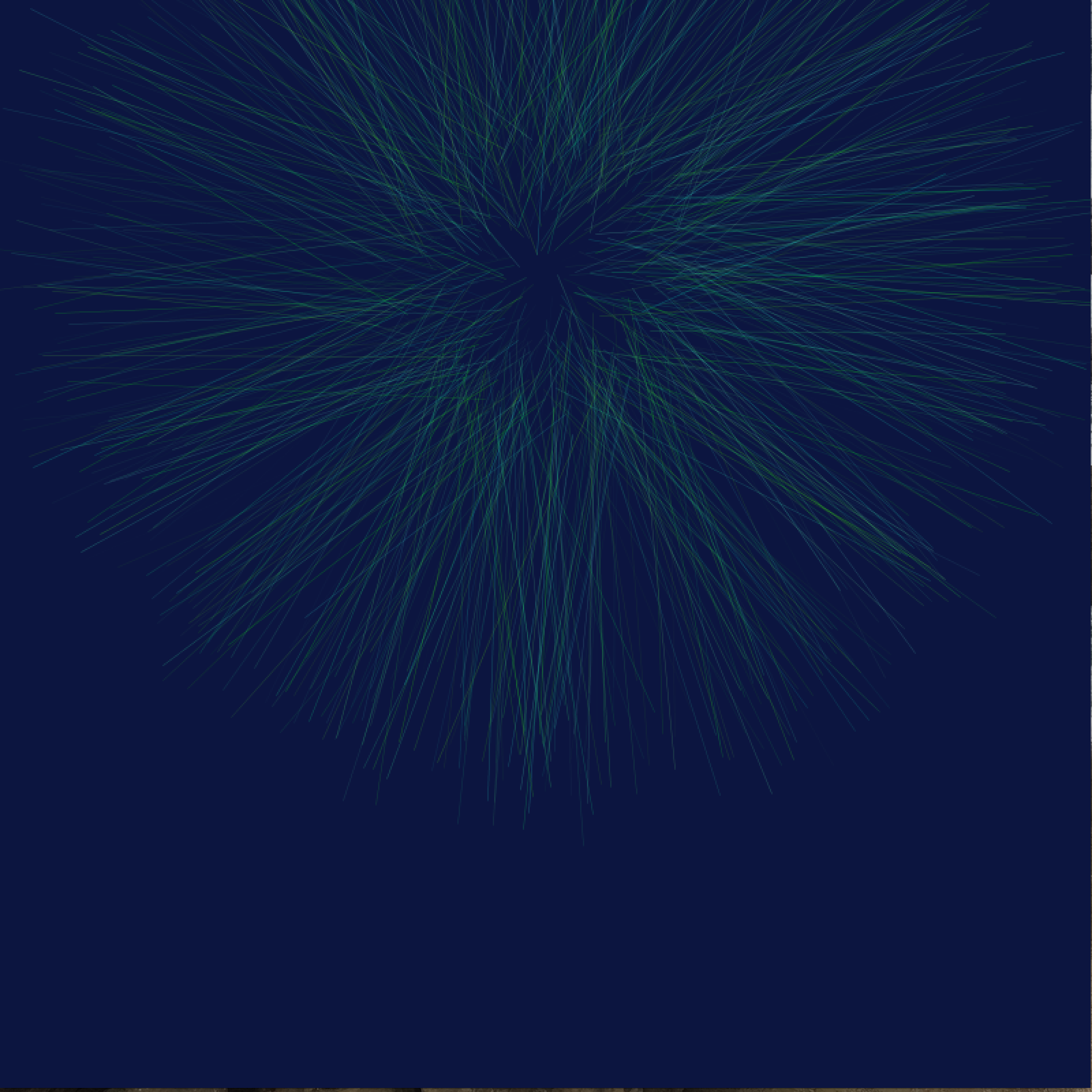