So after coming up with the initial idea of “Come and Play,” I sketched a few more ideas in my sketchbook: 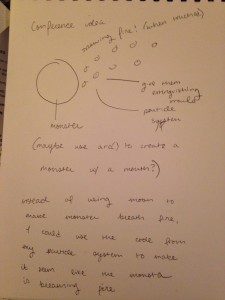 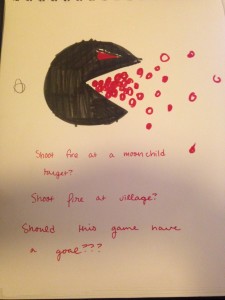 I decided to make my monster, an arc instead of a circle, and to use the draggable item/particle system mechanic from my Magic Wand game to make it breath fire from its mouth. I also made my monster draggable, and game him a red eye.

My new Monster with a mouth: 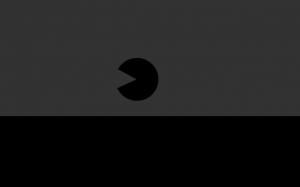 and my new Monster when pressed and dragged: 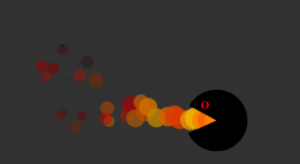 I also decided to add a face to my moon, so that when you hover over it, it has eyes:

To add more player choice, I’ve decided to change the feed monster mechanic – instead of feeding the monster resulting in the monster turning red and shooting fire, the monster instead grows, until the player releases their hand, at which point the moon is moved offscreen. 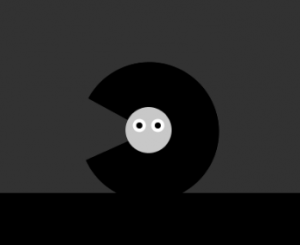 The growing works really well, except for one problem: 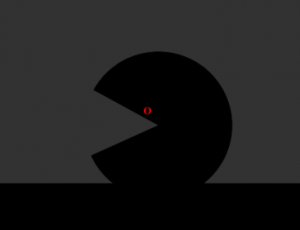 The eye doesn’t grow with the monster.

I’m also trying to code in some fireball/village collision, and I’m struggling with that. Hopefully I can get some fireball collision and eye growth working soon! 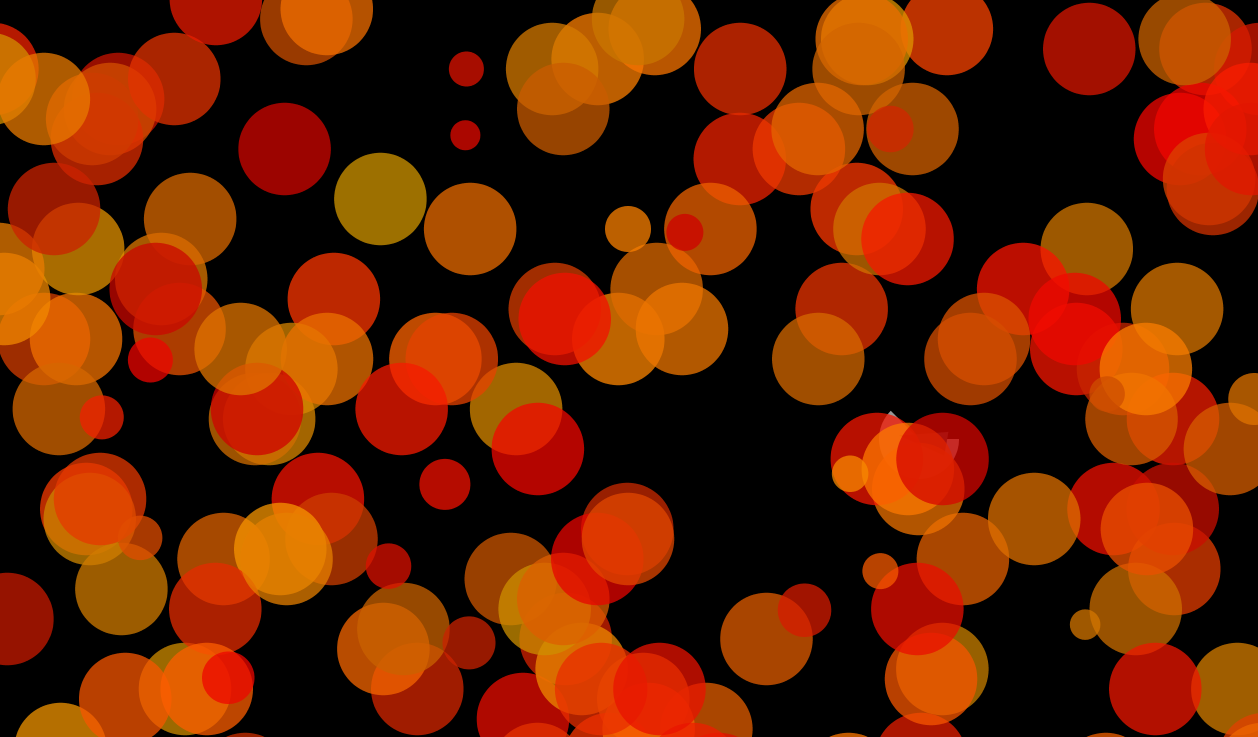 Games from Nothing: Group Game #2 — Stoke the Fire 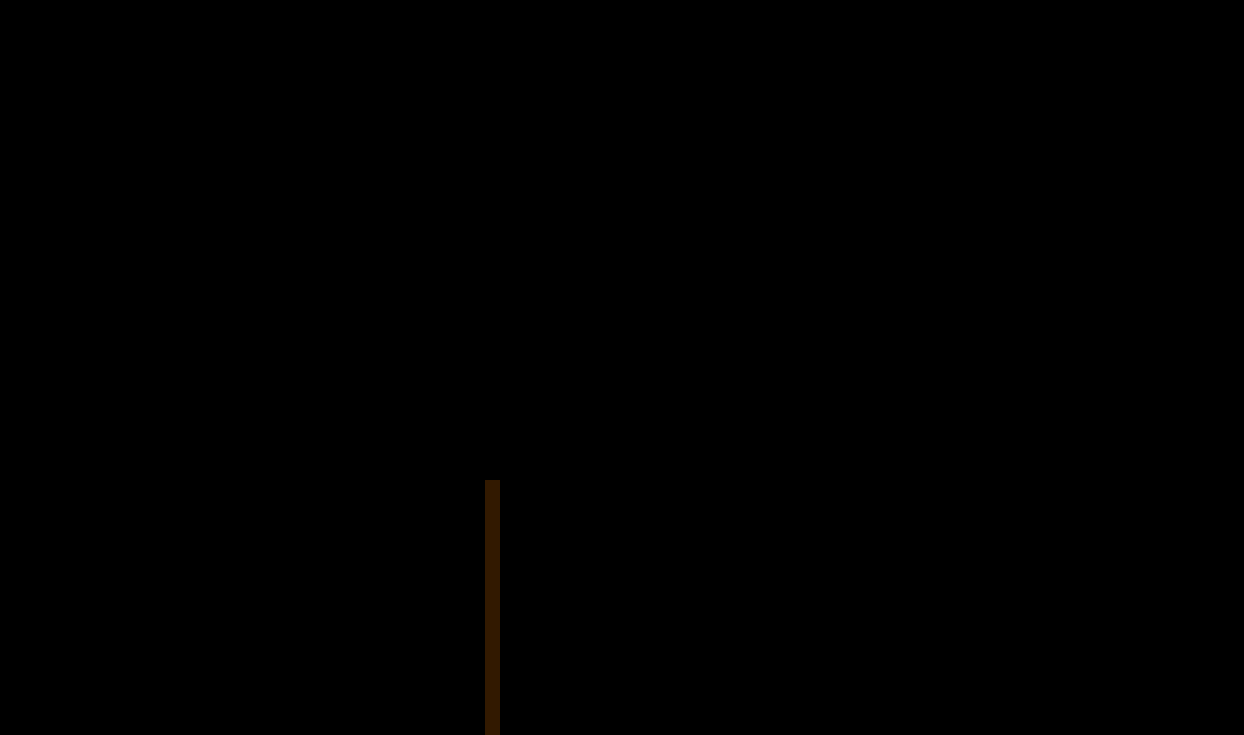 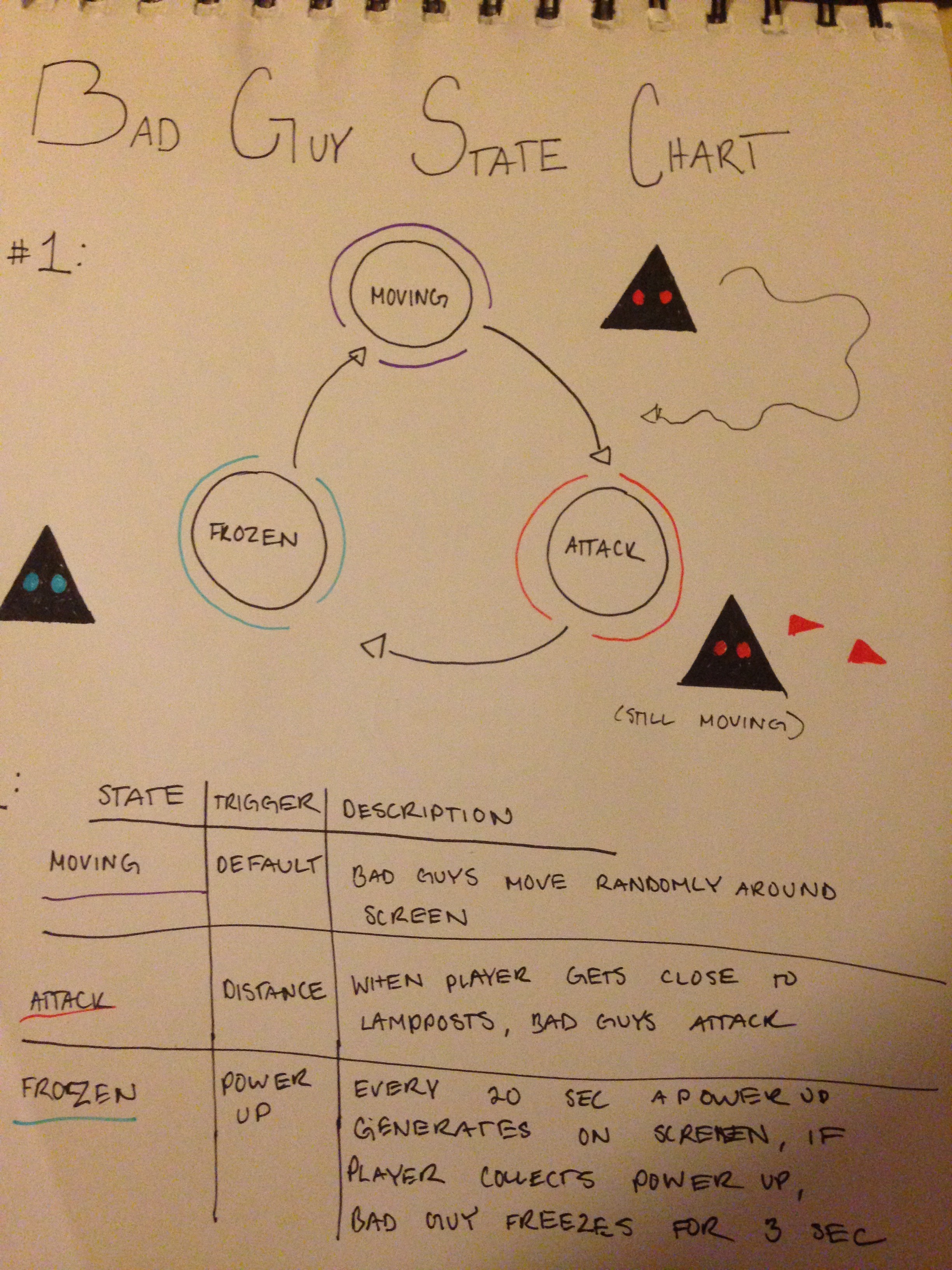