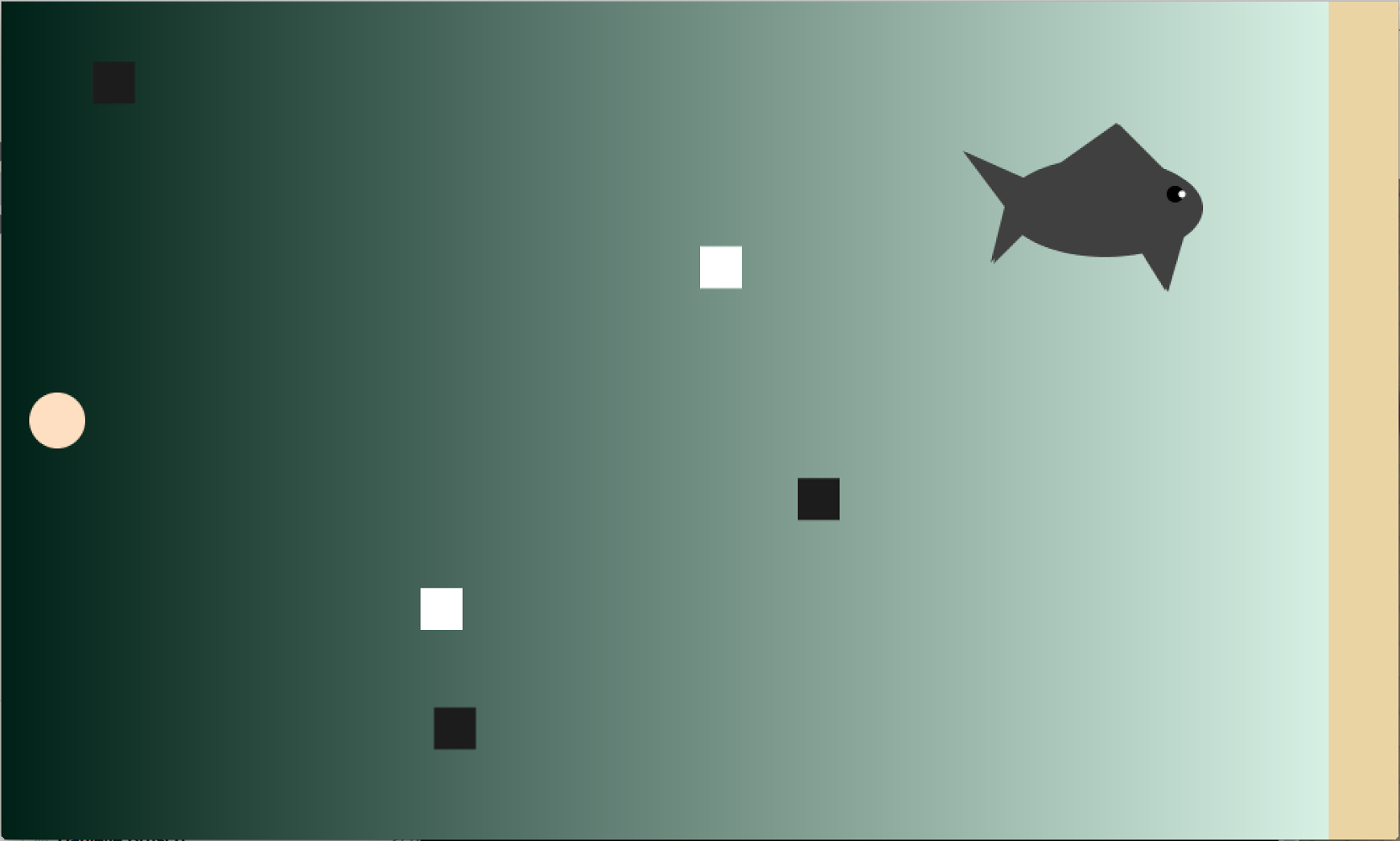 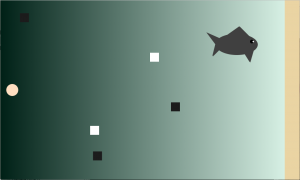 After reviewing the labs our initial ideas were brought to fruition, such as randomly generated objects of which determined the speed of our bad guy (though from the first set of labs this mechanic was not yet available). We were also able to create a functional player model. From here our ideas evolved with the code which enabled us to add the functionality to the moving objects and interaction between the player and our bad guy. At some point our randomly generated objects evolved to moving objects. We even included a winning and ending ‘animation’ to our build.

The next step was to make the game clearer to our initial concept of “Deep Sea Rescue”. Therefore adjusting the colors to produce a beach and sea background and create a realistic shark.​ 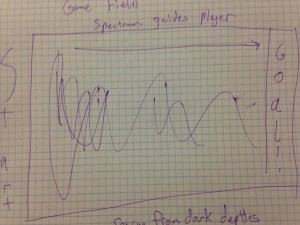 Our bad guy is a shark, so we decided that it would make the most sense to have him slowly move throughout the entire game screen. He follows a relatively predictable pattern, bouncing off the sides of the game screen each time he collides with our boundaries. He is able to more effectively exploit the terrain when the player collides with a black squares; he speeds up, and it becomes more difficult for the player to avoid him. Each time the player collides with him, they are ‘bitten’ and sent back to the deepest part of the seas. When the player has been bitten three times, they are permanently killed. Clearly, this will teach the player to avoid the black squares, and the sharks! 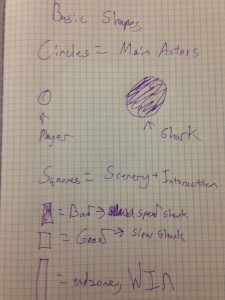 Our play-testers had a little bit of difficulty finding the goal at first, so we enacted a gradient to help visually steer them towards the shore. They also found the player’s responsiveness to the mouse made the game a little bit too easy, so we have turned the player into a draggable, where the user must click and hold the mouse button in order to pull him towards shore.

When working on the game, I worked primarily on making sure collision functioned, adding in dying animations for the shark, implementing the gradient background, cleaning up and consolidating code, and turning the player character into a draggable. 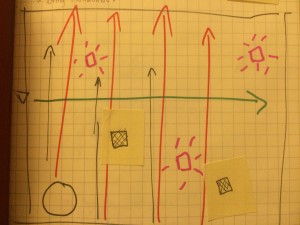 The original plan was to have a circle bad guy who moves around the terrain (bouncing) preventing the player (a square at the time) from reaching  the opposite side. For the first round of playtest for “Deep Sea Rescue” I worked on creating and randomizing the good and bad squares (prior to learning about classes), as well as creating the finish line/end zone (the player’s goal). The squares were intended to either help the player to succeed(ex. slow down bad guy) or cause the bad guy to do bad things (ex. speed up). 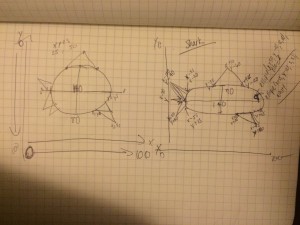 The second round I worked on the Good Square class and the Bad Square class and limiting the range on where the squares can randomly appear which fixed our first issue with the squares. I also attempted along with Danielle and the help of Amy, to create a counter for each time the player collides with the shark resulting in a number of “limbsEaten”. However, it became rather difficult to figure out why our counter would show  3 consecutive collisions when only one would happen, at that point Amy was able to find the proper solution and help Danielle and I. The purpose of the counter was to give the player a choice to continue in their attempts to succeed.

For the final playtest version of the game I worked on the color scheme, reworking the shark image, and creating the dead shark image. It took a chart to organize all the points where each triangle would meet the body of the shark and to help keep track of placement on a visual level.  We were asked to make the color scheme more “deep sea” like and make the shark more “shark like”. The shark went from a gray circle to an oval with fins, a tail, and even an eye. 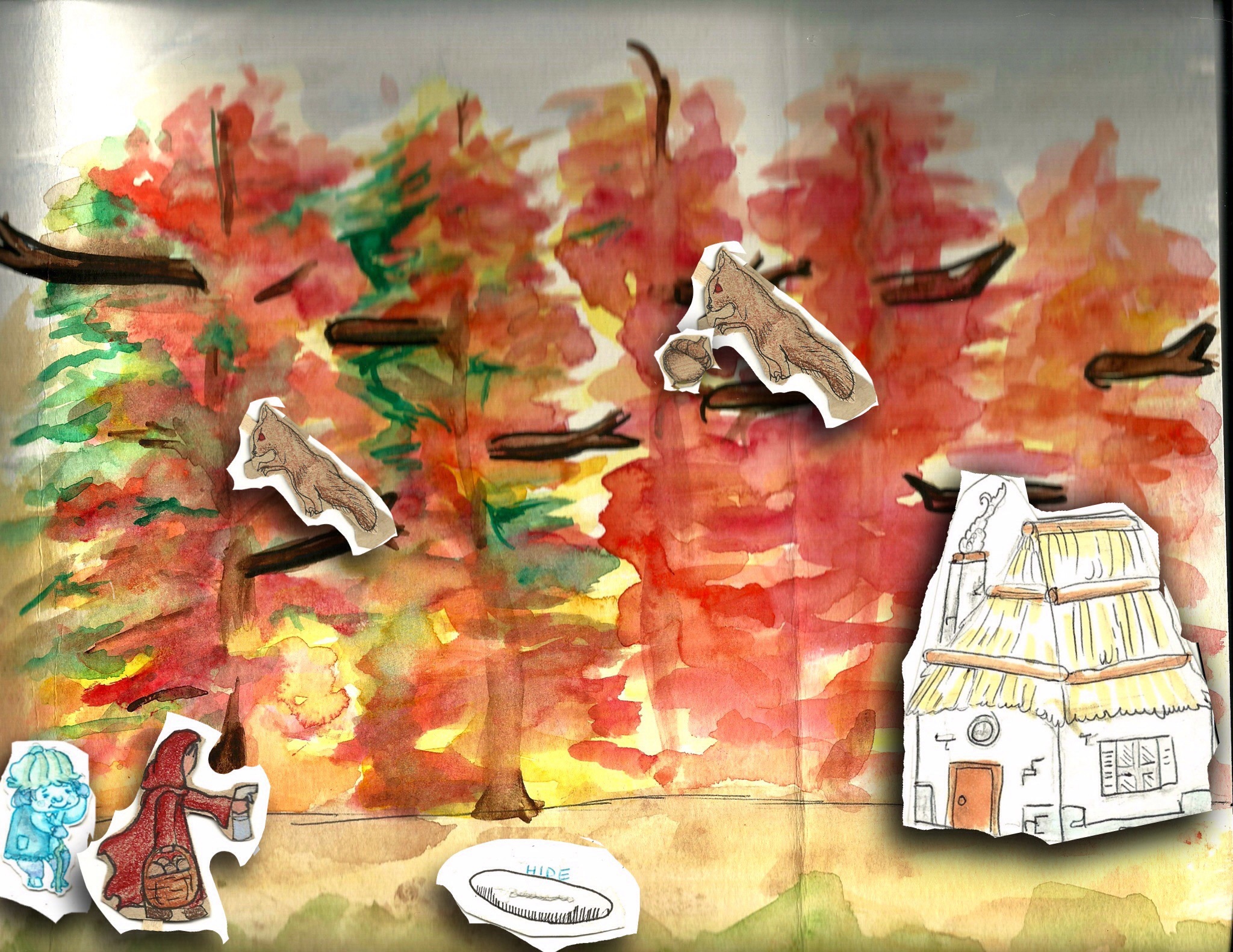 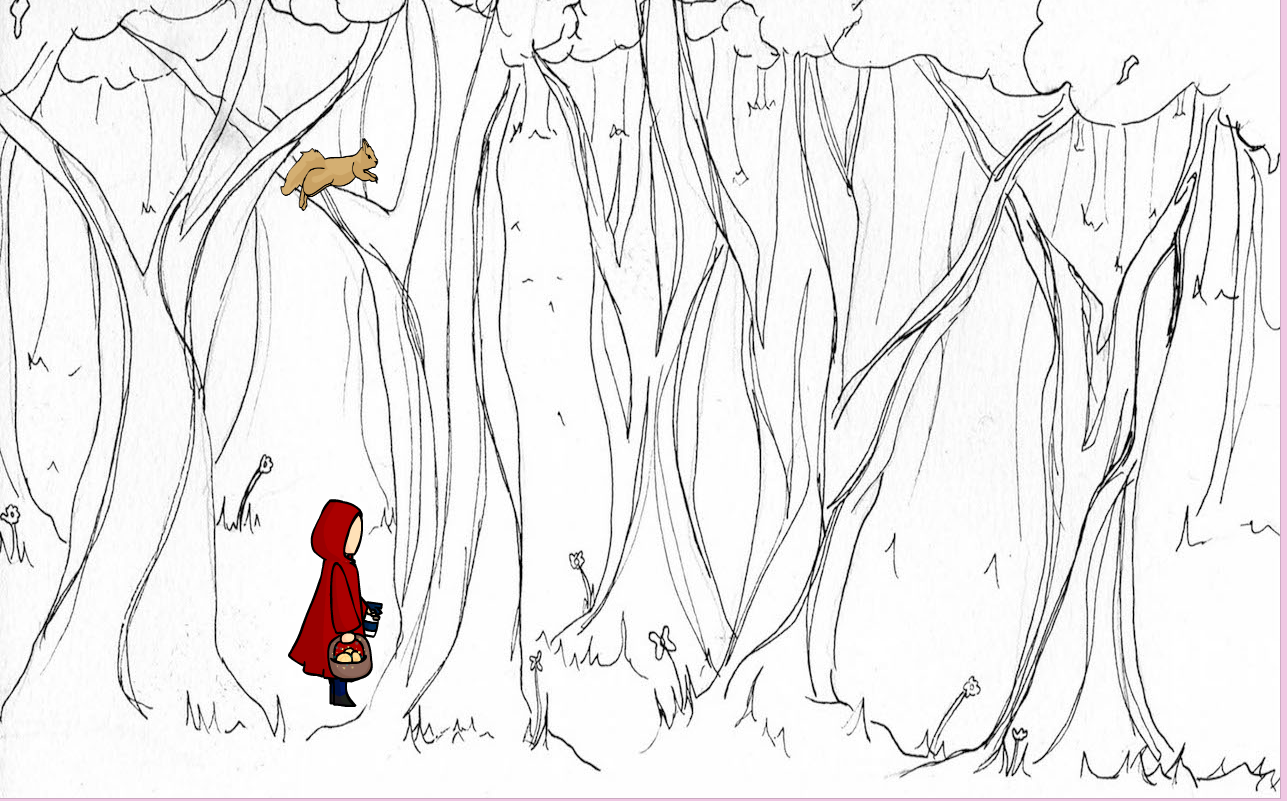 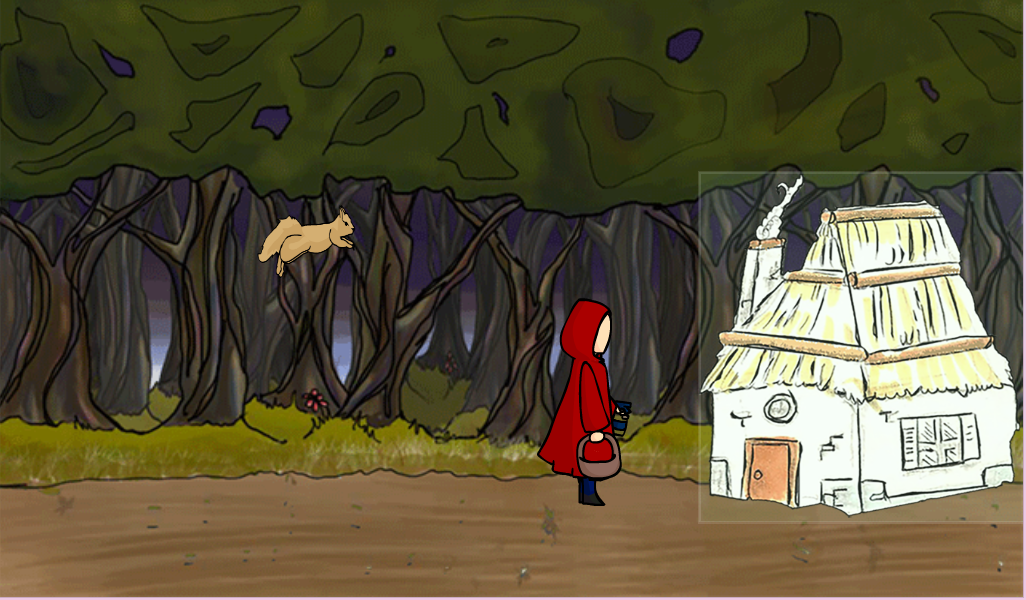