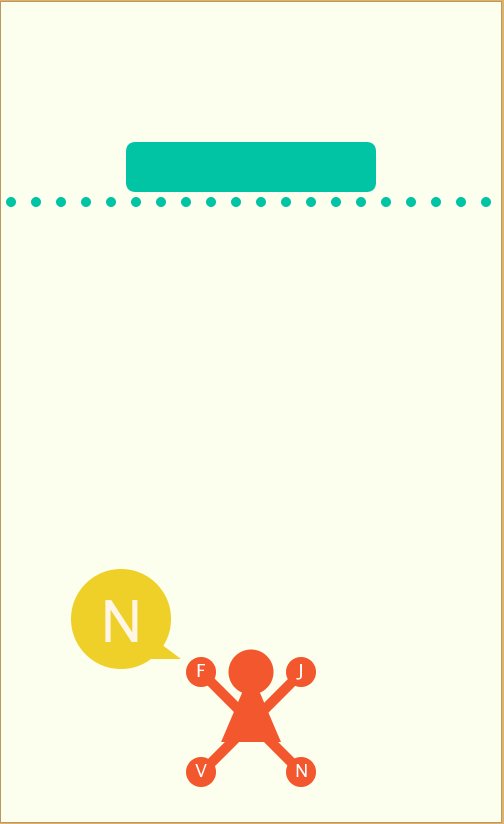 “Climb” is a single-player game that uses keyboard as the main input. The player acts as the character at the bottom of the screen, and the goal is to climb up to reach the dotted line.  The character’s arms and legs are mapped with “F” “J” “V” “N” keys, and the player is free to step up. 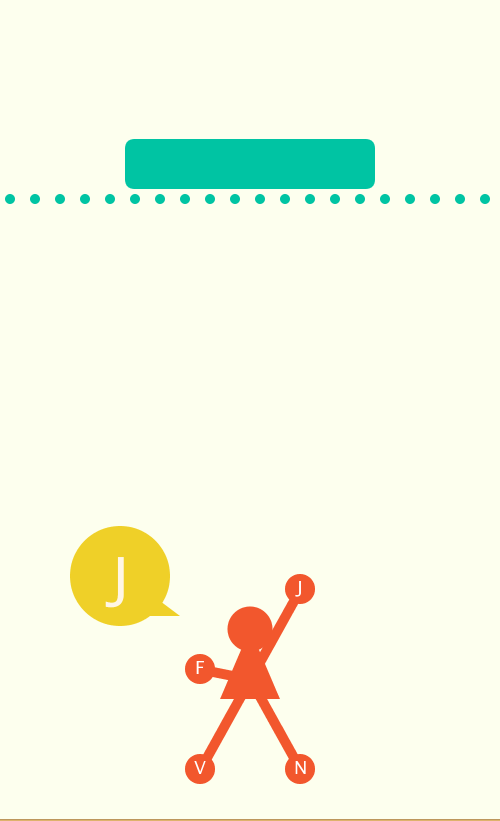 In the yellow text bubble, an instruction is provided for the player to follow. If this random-generated pattern is not followed strictly, as a punishment the green bar would fall and push the player back to the initial position. 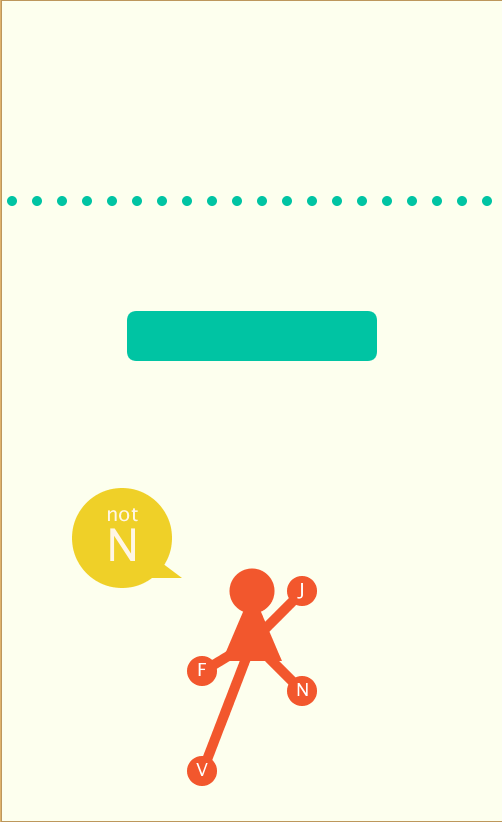 In the “I Lose, Therefore I think” article, Lee talks about game being  defined as “an interactive structure of endogenous meaning that requires players to struggle toward a goal.” In this game, this struggle comes from the danger of falling brick (cancelling of past effort.) In the play testing session, I found that instead of following the message, players tend to randomly press keys when first starting the game. Usually after several unsuccessful trials, they realize that it is not possible to win using this method, and therefore they would start paying attention to the text bubble. In this case, the falling brick is a form of instruction that asks the player to pay attention to the interface. 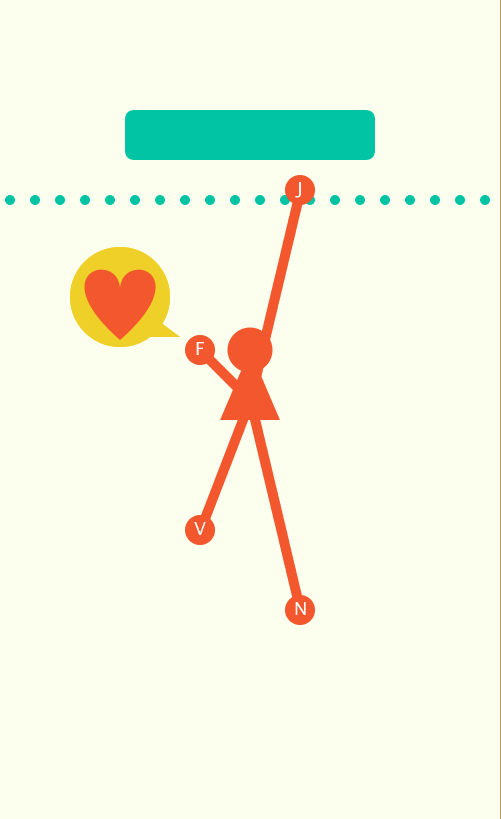 During the play testing session, I received feedback mostly on two areas: firstly, since the instruction bubble was originally placed above the dotted line, it can be difficult to notice when the player concentrates on the bottom half of the screen. To solve this problem, I have now placed it on the bottom and have it move alongside the player. Another important feedback is on the color palette. instead of using two high-contrast colors for the dotted line and the brick, I decided to use the same green so that they form a separated domain that is different from the player’s side.

Meanwhile, I have also added the difficulty of the game by introducing the “not to do” message. Those messages randomly appear on the text bubble and if the player press the key while told not to do so, the brick will fall as a punishment.

To take this game to the next level, I’m hoping to:

1, adding details to the character 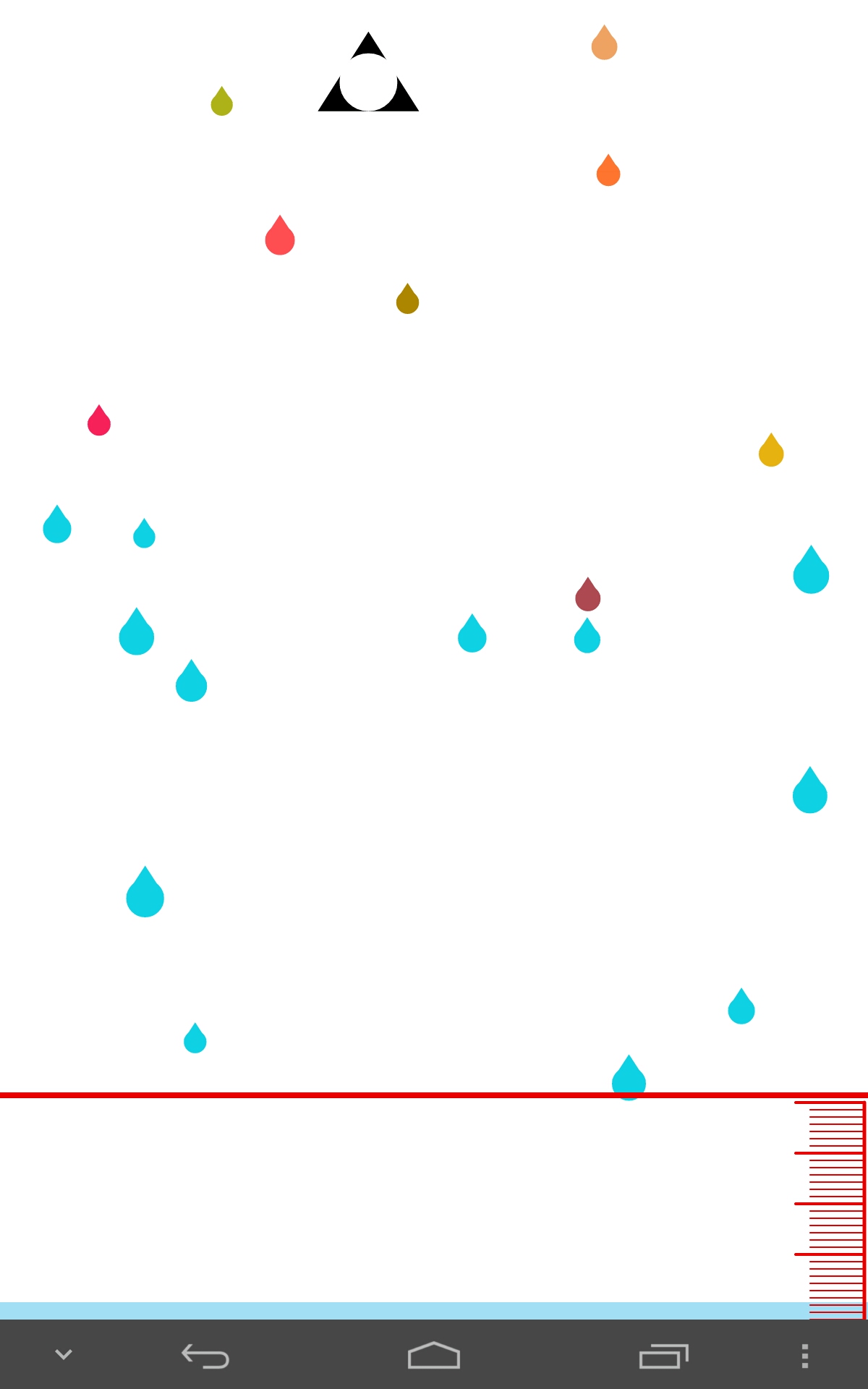 Games from Nothing: Conference Post #1 — A Cup of Rain 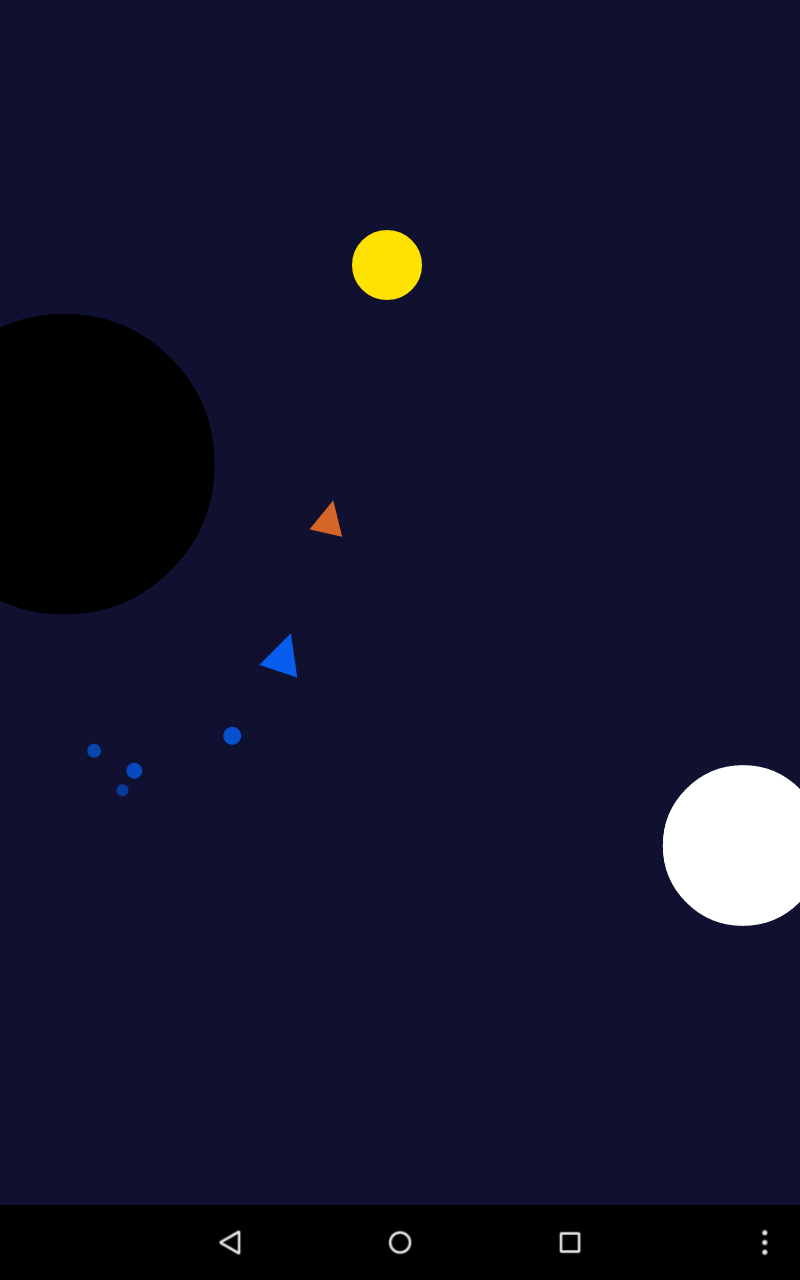 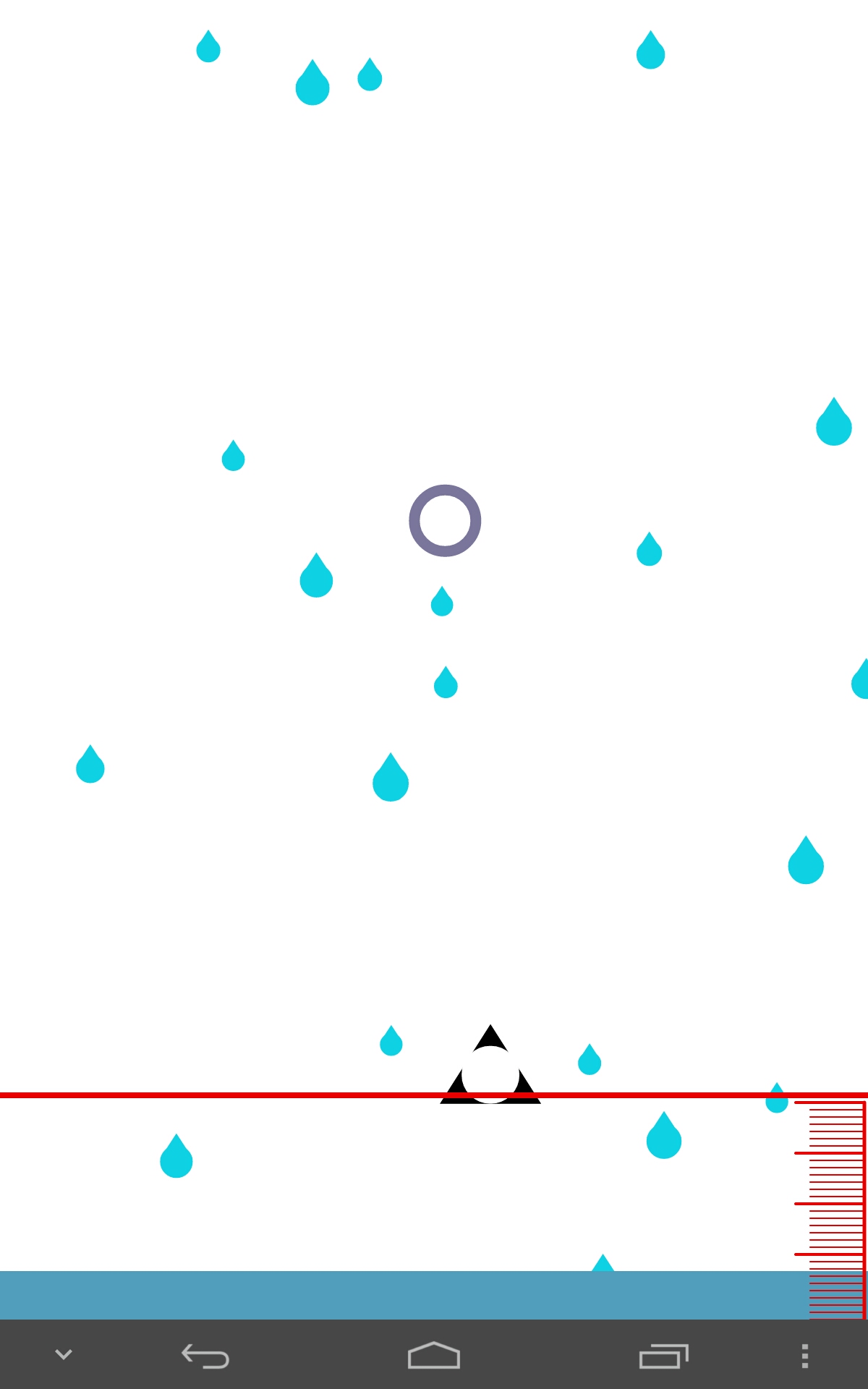 Games from Nothing: Post-Mortem — A Cup of Rain