Space Journey is a single-player game based on the hider/seeker concept. In this game, the player is controlling a yellow circle that can move anywhere in the screen. An orange triangle, the seeker, is chasing after the player. At the same time, the orange vehicle also has its own seeker—a blue triangle with a tail. 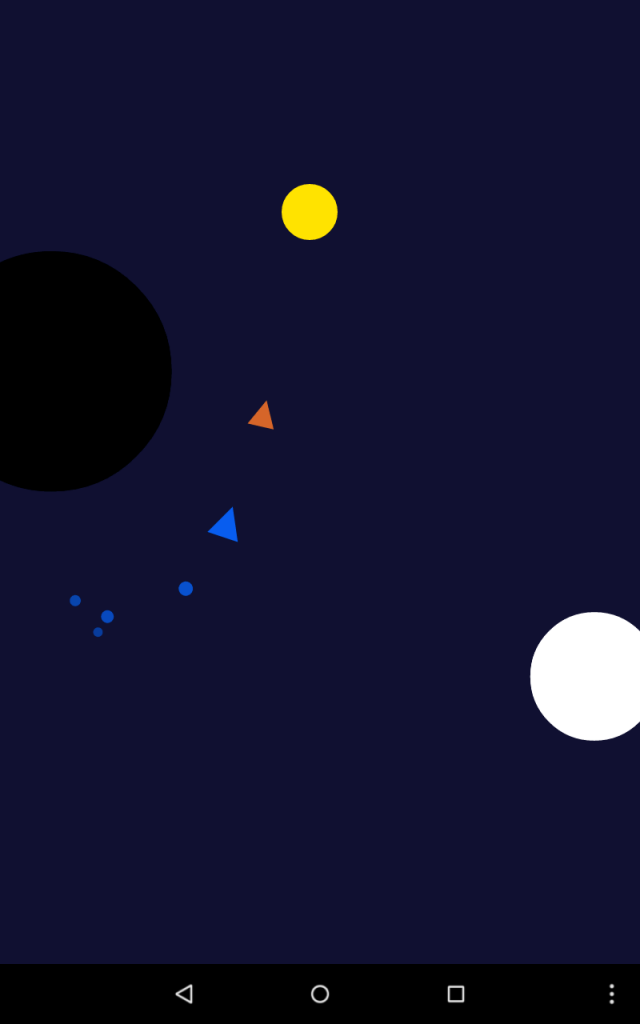 When the orange vehicle successfully touch the player, two things will happen: the size of the vehicle will increase, and a ripple effect is produced.

The ripple effect is accompanied by a sound intended to create a space, futuristic feeling. The effect itself is built based on an array of white rings that sets off and recycles according to the screen touch.

When the orange vehicle is chased down by its seeker, counter effect will take place: its size will decrease until it is almost invisible. 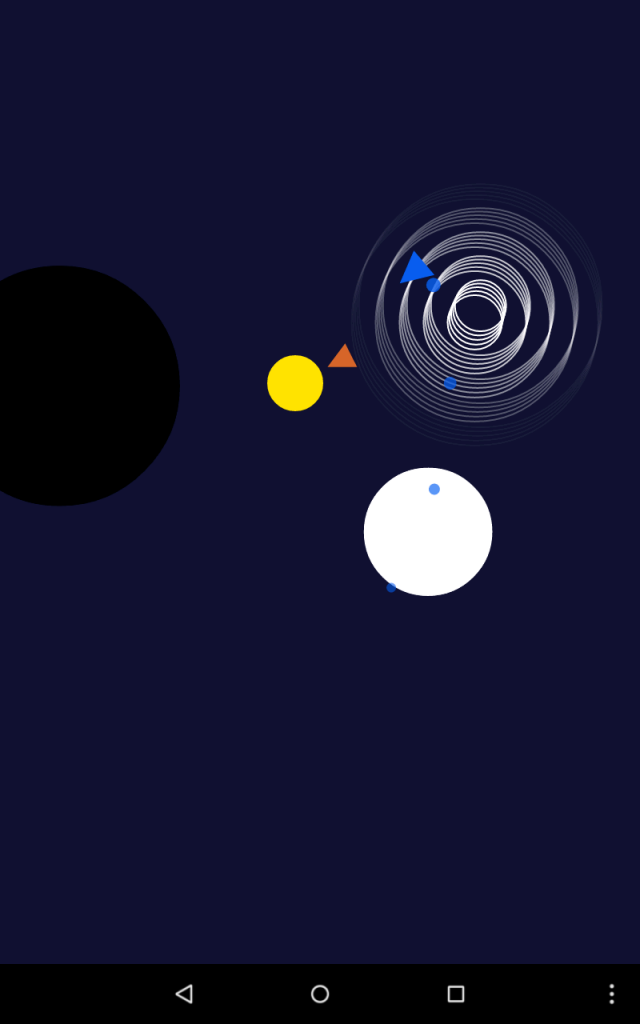 Besides the basic chasing mechanism, there are two environmental variations: two circles are doing clockwise and counterclockwise circular motions. 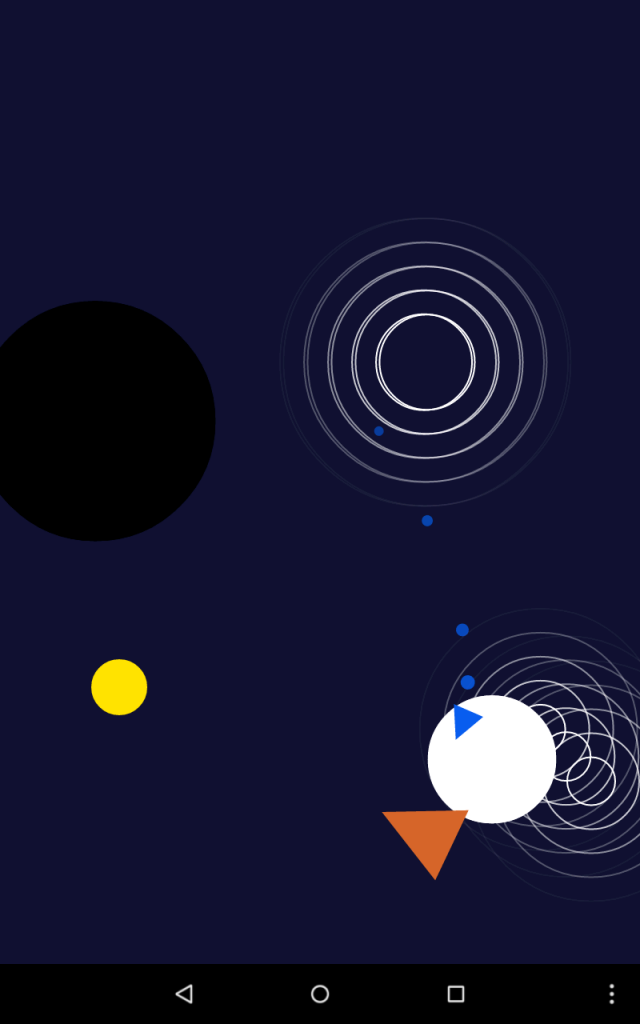 The inspiration of the game come from the idea of dynalinking (Preece, chapter3). Within a pond ecosystem, perch, beetle, stickleback, and tadpole form a food web that each has its own prey, enemy, and also some irrelevant, mutual-existing members.

In this game, I want to simulate this web so that not only the player is chased by a seeker, but the seeker itself is also being chased by something else. Similarly, there is no interaction between player and the blue vehicle, just like perch and tadpole in the ecosystem. 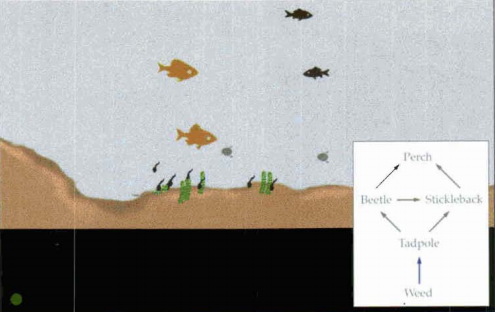 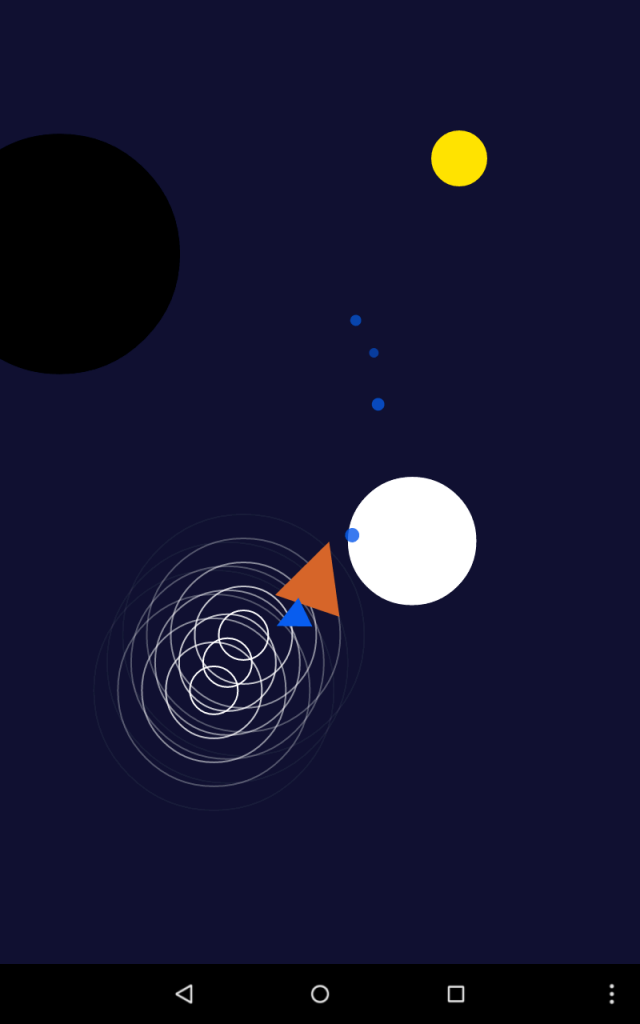 For future improvement, I want to add several other environmental variations that can introduce new members and actions to the system. It does not have to be triggered by the player, like the black and white regions. The orange vehicle and the blue vehicle (and its tail) can be initiators, as well as subjects of new movements.