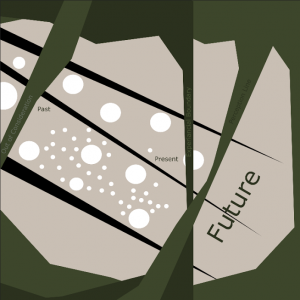 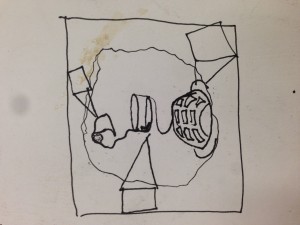 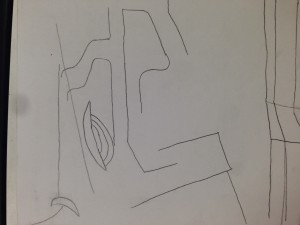 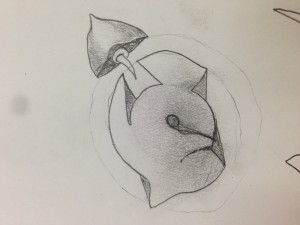 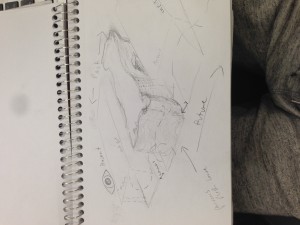 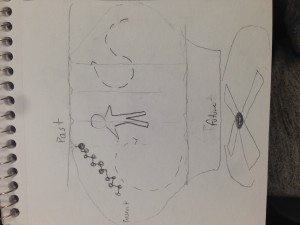 While conceptualizing my second iteration of my map, I chose to focus on the way in which idea/memories are filtered, curated, and relegated into the projecting ones decisions into the future. The way in which, one reflects or applies hindsight to decisions, writes most of the equati on for how their future is shape, this is true besides for the element of chaos which in unaccountable in life.

I wanted to use the idea of  a growing viral body as my map. The virus breeds and certain of it s offspring grow bigger, and others lay dormant, described in white circles, the bigger the size just means the amount of time spent in consideration, the density of these ideas describes the

I decided to make a semi natural background, using tones which can be found in nature to translate this effect. I then assigned connective paths which are pointed into infinity. Then I have three separating boundaries which stem from the map boarder and are on the closest plane to the viewer.

The boundaries are “Out of Consideration”, “Experiential Boundary”, and “Perception LIne”, each of these separators define the actual decision to see or not see, or choose not to include ideas and experiences in future decisions.

The map is then broken up into another level of separations: “Future”, “Past”, “Present”. I wanted to add this axis for analysis to provide another aspect of my own thought process, and what weighs in on the actual decisions I make towards the future.

My map proposes a way of considering ones linear history and experiences in a new manner, one which is personal to me. The negation yet proclamation of my important past emphasize something personal about me; my tendency to avoid specificity, which is certainly clarified by the white circles. My map makes visible this very contradiction in my own persona/ality. Being human is about revealing clear contradictions within self. Mine is that I know what I am doing, yet still doing it.

Woods, describes the function of clustering and connecting seemingly disconnected aspects of a map. I also appreciate her notion  of a system of signifiers. The artists who influenced me from the readings:  Emily Ginsburg and Jane Lackey influenced me most. Their use of minimal color and creating abstract patterns with underlying narrative maps, gave me direction. “Both used ideas of the invisible, ephemeral, unseen, and cerebral in the creation of a map”, as I said in my first post.