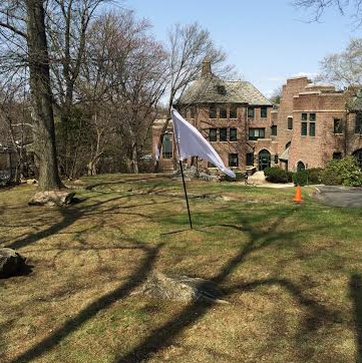 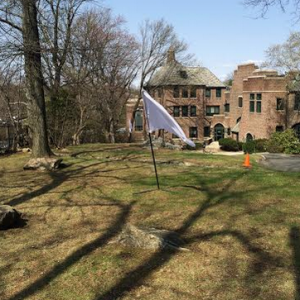 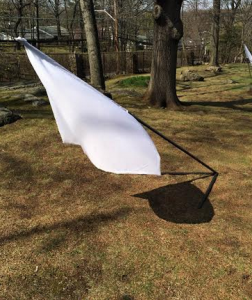 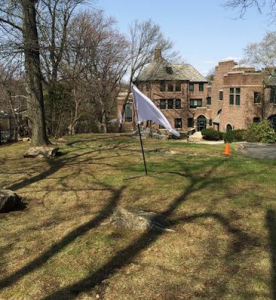 The revolution was controversial. ‘Twas only natural.

3/4 of the revolutionaries worked on a very cool thing that we set out to create on day 1 of the assignment. A flag.

We ended up creating 3 flags, hovering over the ground at various angles. This was our move because a flag is, first and foremost, an emblem that re-contextualizes a topographical space — placing it placing it within the bounds of a nation or ‘platform’ that lies within a mapped system. Landscape itself is subject to interpretation. It’s a notion that embedded in national history as manifest destiny. Land belongs to this American lifestyle. And this was our land, so the flag was the end result of our revolution.

We set out to go beyond what a flag does. A flag is merely an isolated, unavailable, emblematic totem, and we brought three flags into a realm of physical accessibility.

Aesthetically, the motion of the flags in sequence provokes an sense of simultaneous construction and destruction of that mapping system placing the flags in conversation with the pre-existing ecosystem that the alien flag is placed in. The white material refers to surrender. Our revolution was ironic, in this sense. We surrendered, so to speak, our pre-conceived notions of territory and ownership. 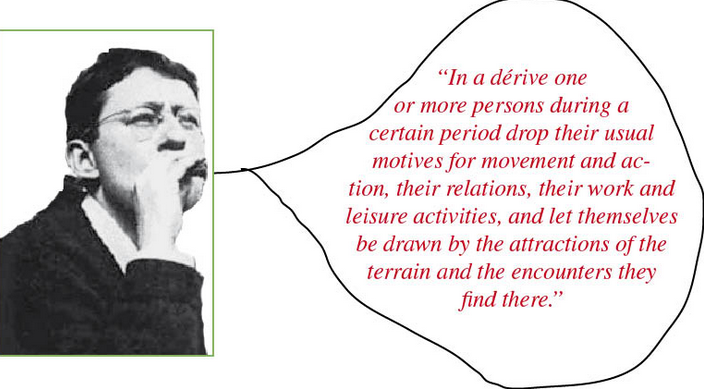 Remix the City: Comment — Jean-Paul Sartre and the Dérive 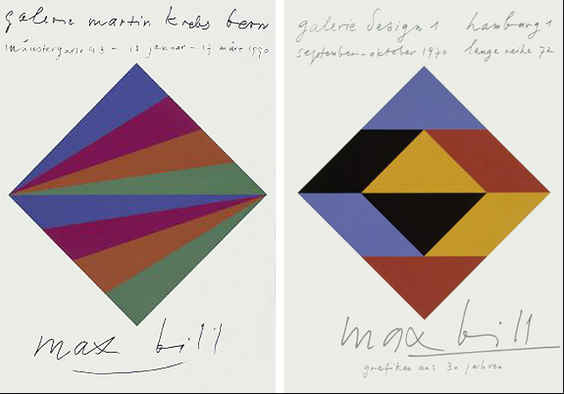 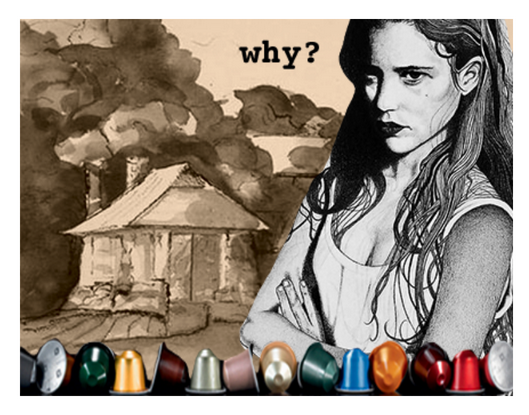 Remix the City: Sticker Project — Nespresso to the People!