I started working in film when I was sixteen, and became really obsessed with keeping track of my ‘network,’ aka the contacts I’ve acquired through my working in freelance. I’ve done this in order to jump on it if these contacts start businesses/projects of their own (which they often do) so that I can reach out to them immediately — usually they need the help of someone with my skill set. So I strive to capitalize. 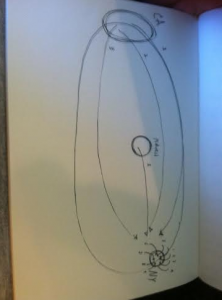 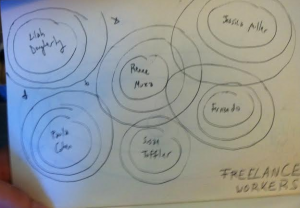 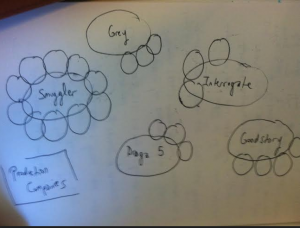 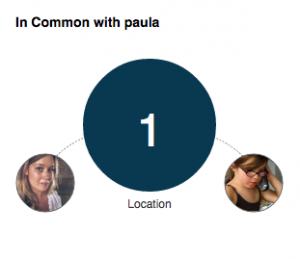 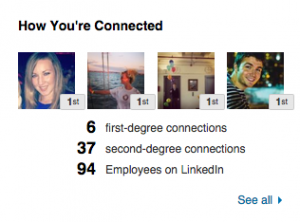 In a way, this path has been a dérive. Because I still sit fairly low on the totem pole in the world of media production, it’s been easy for me to observe those who stand above me. And because I work freelance, I’ve crossed paths with all of them many times, in differing situations (different commercials, short films, PSAs, etc…). I’ve sort of stalked them via social media (linkedin, facebook, instagram..) and whenever I run into them I don’t hesitate to ask what gigs loom in their futures. I’ve kept track of all of this information over the years, so for my conference I plan to map this network.

I will probably map 20-50 people. I’ll include information such as where they’re from (usually NY and LA, but a few hail from the midwest), what they studied (or didn’t study) in school (not film, in most cases), what sort of gigs they set out to work (usually indies / short films), where they are now (mostly doing commercials (duh)), and what their goals are / whether or not they’ve achieved them. Most people who work in freelance film hope to start their own production companies – and many of them have done so. I think this is important information to include.

My map will probably be a series of intersecting circles. The intersections will signify a crossing of paths — so, for example, ADVIL will be a circle, as will Under Armour, Venus Razors, and various short films. I’ll also be sure to signify the production companies that bring the freelance workers together. In my circles, SMUGGLER and INTERROGATE tend to dominate.

These circles will lie over a map of the US. The paths the freelance workers have taken to arrive in NYC will lead to the circles, which will then intersect.