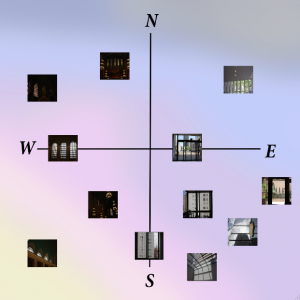 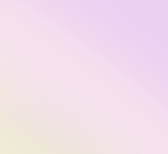 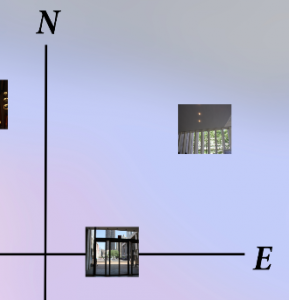 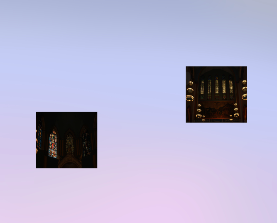 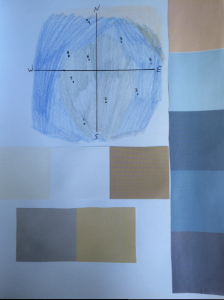 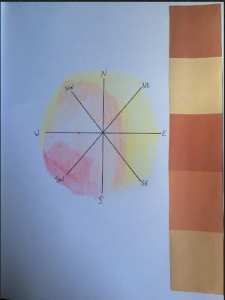 My map defines the invisible process of the way in which natural light adds to the beauty and theatricality of specific buildings in New York City. I feel as though the sunlight that streams in through the windows of these architectural monuments adds to the beauty and warmth of the building itself, and ultimately leads to a type of performance put on by the interior of the structure. This “performance” makes the audience (or people within the structure) pay attention to the way in which the light hits various parts of the room, allowing better understanding or “absorption” of the architecture.

The viewer’s participation and individual reaction to the work deems the work itself as a theatrical performance meant to inspire reflection. There are specific factors that are applied to art and architecture (such as time and space in relation to weather, lighting, and season) that are regarded as essential to the display (or the performance) of the piece. The experience of the individual is what ultimately defines the work; an experience that is aroused by the way in which the room or building is displayed.

A lot of inspiration for this conference project comes from Tadao Ando’s Church of Light. This structure is one of the prime examples of the concept of theatricality in architecture and the difference between a structure’s era of “performance” versus the time in which environmental factors are not in favor of the building. The interior of the church is simple with very little ornament, and the major focus point of the structure (a large cross cut out of the wall that provides a source of light to the inside of the building) relates the interior directly to the exterior. In addition, essentially all of the visual documentation of this structure is taken at the point of the epiphany, and never when the interior is “void”; an act of censorship similar to the way in which artists can control the environment in which their work is displayed, unlike the real, functioning structure of the Church of Light in a current and continuous context.

In this project, I went to various locations in my neighborhood on the upper west side and took note of which direction the windows were facing. I went to the Apple Store (SE), my own apartment (SE and S), Lincoln Center Opera House (E), Church of St. Paul the Apostle (SW and NW), and Grand Central Terminal (W and SW). After going back to these places 2-3 times throughout the semester, I realized that there were certain directions (most prominently, Southwest)  in which the sunlight was more consistently shown through the widow. This is where the surface of my map plays an important part; the yellow of the southwest corner represents the most sunlight while the opposite side of the “compass” (the Northeast corner) is gray and dark. Then, I took the pictures of the sunlight streaming through the windows and plotted them on the map’s surface in relation to the connection system: the compass.

Our initial discussions about what renders something “invisible” to society greatly influenced my thoughts the process behind figuring out this conference project. I feel as though the natural light coming in through a window is something that is so common that it is frequently overlooked, yet it still possesses a beauty that in the rare moments it is recognized, there are always feelings of warmth and pleasure associated with this experience. In this map I hope to bring this invisible process to light.

Throughout the semester, this project went through a series of revisions; all of which contributed to the final product. In the beginning, I focused solely on collecting data and studying the light that came into these buildings, contemplating direction, time of day, and height of the structures. After this stage of the process was complete, I discussed the ways in which I would plot these points, and what the surface of the map would be. Through trial and error, I established that the surface of the map would attempt to copy the “color” of light; as in, the way in which sunsets (one of the more vivid displays of light) have countless variations of color schemes. I took multiple pictures of sunsets and made many copies of the color gradients that were displayed in the photo.

One of the main complications that presented itself throughout this project was the fact that many of the buildings I studied in New York City are surrounded by other, taller structures. This meant that there were often times when sunlight should have been streaming in through windows in the building, but this warmth was being blocked by the rest of the towering city. Even on the sunny days I went to these buildings, they would often seem a lot darker in comparison to the sun’s actual force that day. (Side Note: While most of the buildings were mostly dark, if one went a few blocks away to the great lawn in Central Park, hoards of people were swarming for a spot in the sun).

A pleasant surprise while working on this project were the reactions (unprompted) of other people in the spaces I was studying. There were times (although infrequent) that people would stop for a second and bask in the warmth of the sunlight indoors, or purposefully stand in the patch of natural light on the ground. Without even realizing it, the few people that displayed this behavior confirmed my idea that this was something beautiful; something that could be mapped and discussed.

The concepts from the class that influenced this project the most were the discussions we had on what could be deemed “invisible” in this society. In addition, the discussion during the Psychogeography project about “site-specific” sculptures was incredibly relevant to my project in the sense that in the buildings I studied, environmental factors were directly related to the various data I collected.