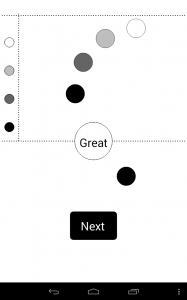 This image displays the first level on the win screen, with a correctly stacked tower and one incorrectly hit circle. Design-wise, we decided to move away from stacking the circles in a straight line in order to add a more light and playful feeling to the game, and to better utilize the space on the tablet screen. 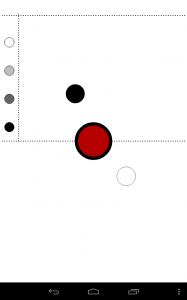 After we completed the black and white version of the game, we decided to play around with color for a little bit of fun. We tried several different color palettes, each of which lends a very different feeling to the game, and, in our experience, actually makes the game a little bit harder to play. Each screen demonstrates three correct and three incorrect taps. 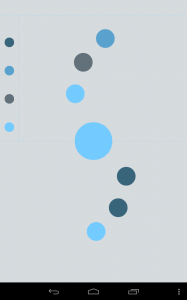 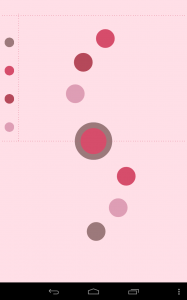 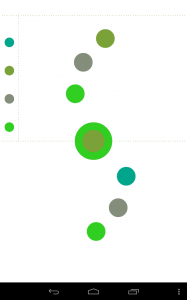 And so ends our Bubble Tower adventure! We started off with a very angular, somewhat awkward-looking matching game, to having a very clean, airy design that most assuredly lives up to the game’s name. 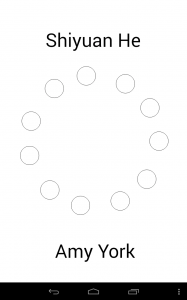