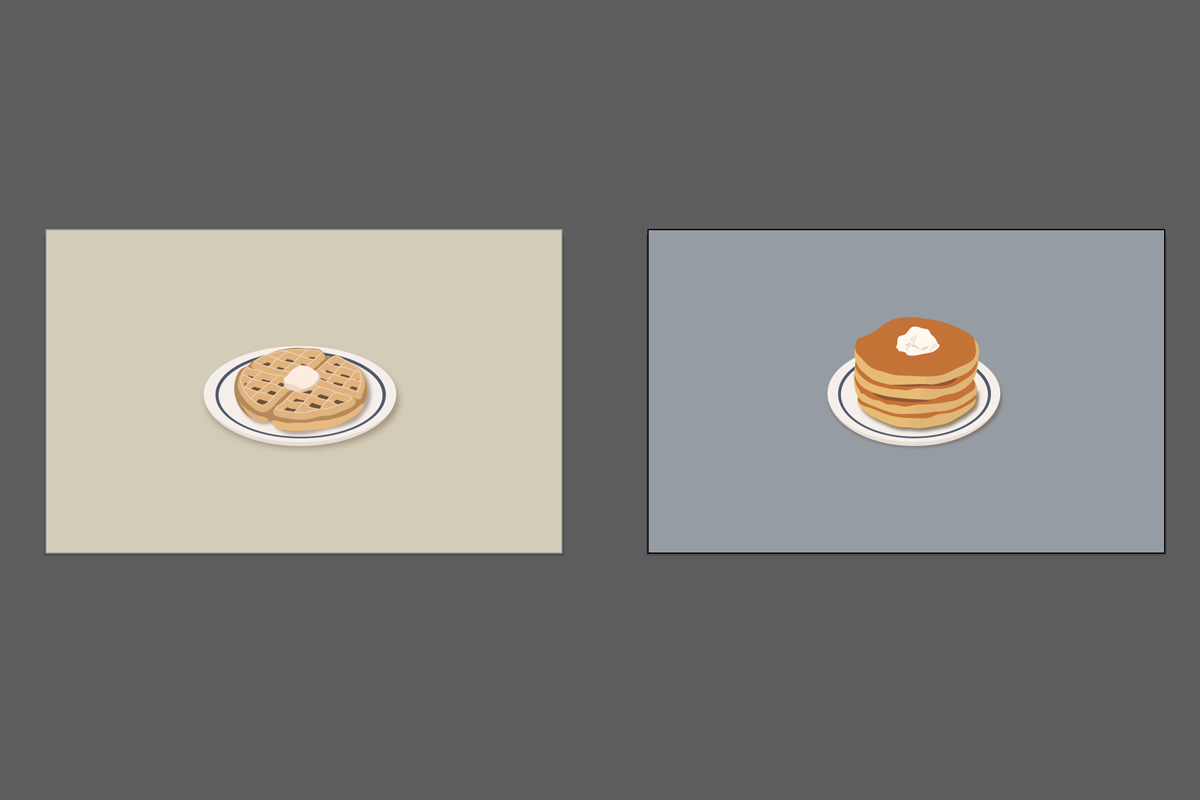 After the critique, we decided to display one juxtaposition each day over the week. We will start with pancakes or waffles on Tuesday, March 8, and then Mac or Windows, money or happiness, and Republicans or Democrats. We wanted the comparisons to get more serious each day our project went on. So we started out with something simple like pancakes or waffles and moved to things that are a little more meaningful like money or happiness. 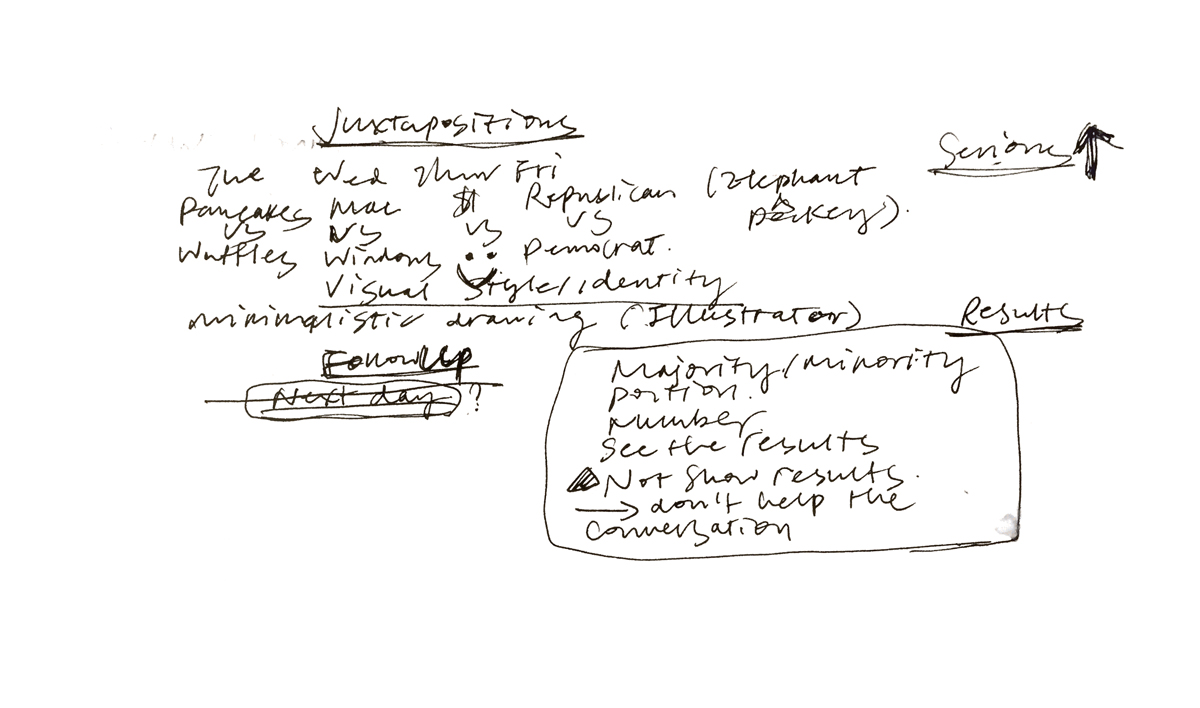 We decided not to show the results of the polls because we felt it wouldn’t help foster trivial conversation between people. Results only show the audience if they were with the majority or not, which perhaps could be interpreted as right or wrong. This is not our desired effect so we decided to eliminate this feature.

The visual aspect of the piece will be in a minimalistic style, without text, as shown in the picture. This would makes it easy for the audience to understand and is also a style we both enjoy.