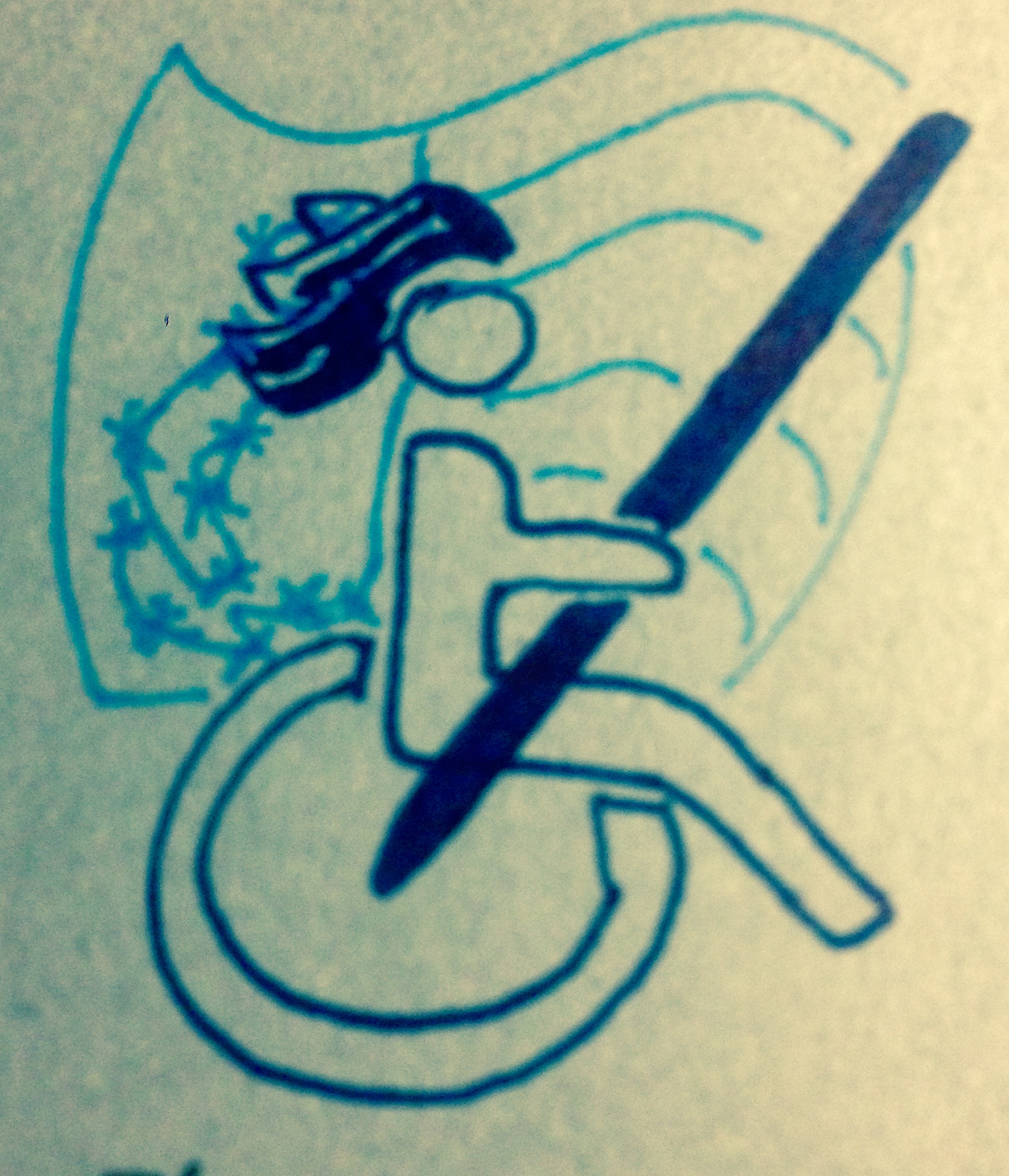 Poster Children was a flash fiction that resonated with me. But it was actually a design element I could use as an avenue into designing the game, or at least a general outline of what the game could be: I got excited by the idea of using the pictogram/icon/abstract style of wheelchair access signs, either in vector (smooth) or pixelated form (both would make for interesting designs, I think), for characters in a flat 2D world – the background for which is not developed yet; right now I am going with sketchbook-style simplicity.

So on this visual level there is already a lot of abstraction going on: maybe some kind of incorporation of non-abstract art would make for more depth, the contrast to the pictogram style adding an interesting effect. An idea prompted by the strange, futuristic wheelchair/scooter/gadget convention in the story was to use 50s/60s style advertisement/magazine/sales catalog background elements and mix styles in an equally strange way.

There is something strange to the story as a whole: the way it’s broken up into three disconnected bits, and the fact that we don’t know what’s going on exactly, make for a sense of danger, and give us an impression of the character as somehow lost in the world.

The segmentation of the story lends itself to non-linear design: the fundamental (narrative) idea I had was to tie the two sections in and outside the convention lobby together spatially (through a passageway/door?), and connect these as a unit via flashbacks to a dialog scene in the cell. 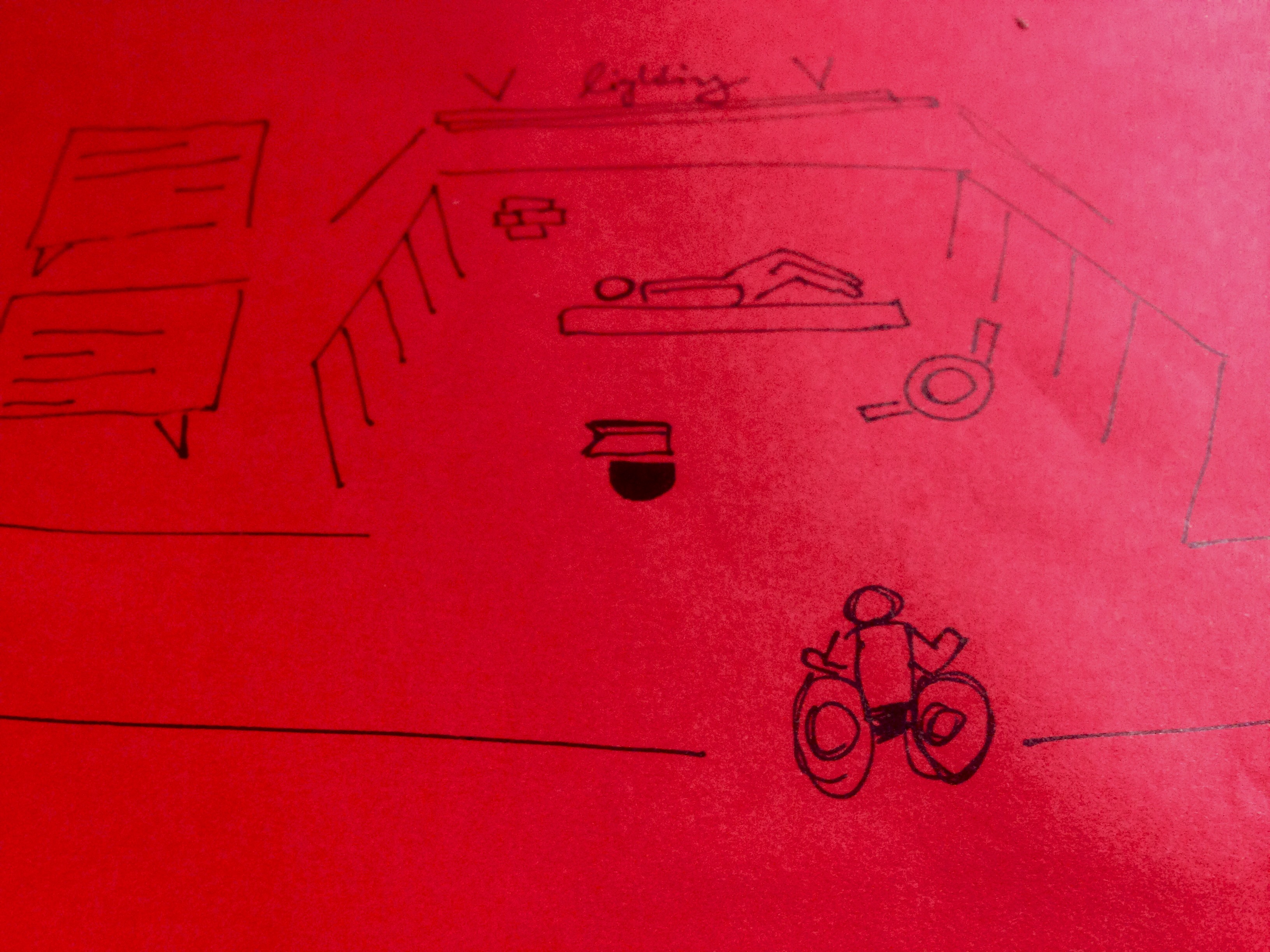 Maybe the dialog could contain game elements, but it could also be straight-forward exposition-type reading, except that I want to focus more on conveying that mood of strangeness (setting the stage for the flash-backs) than on the narrative – since, really, the narrative itself does not seem to matter too much in the end.

I am not sure what the story is about then, and I don’t think I can know for sure. I would say though that the central theme is living with a handicap: this is where I see the main challenge of designing this game – how could I address this?

(Initial thoughts I had was to think about movement and design this into the game: perhaps the wheelchair characters move horizontally, and other characters vertically, to highlight the differences of movement. Perhaps getting through the door into the lobby is a challenge – things like this.)