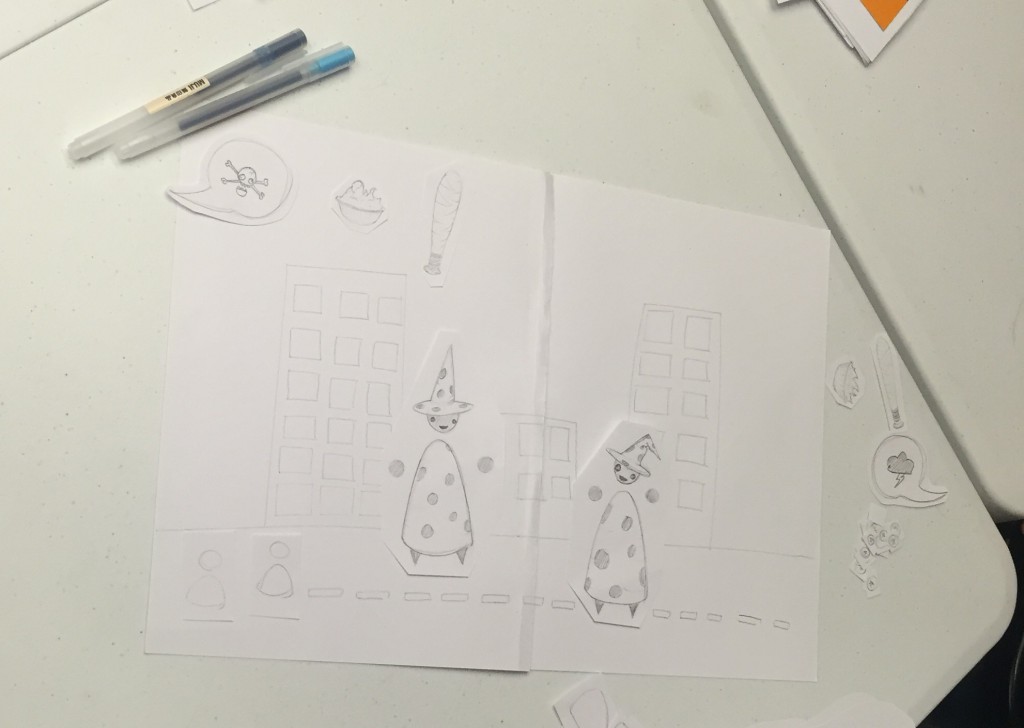 The beginning of the game.

My first paper prototype was based on the flash fiction piece War of the Clowns. The piece tells the story of two clowns who carry out a mock argument and battle in a public space in a city. Eventually their conflict inspires so much sentiment in the spectators that the community self destructs and they make off with the townspeople’s money. My game allowed the player to take on the role of one of the clowns, choosing from a set of three actions for their character to carry out. By choosing the correct actions, it was possible to gather spectators and eventually cause them to fight each other. More chaos resulted in the spectators dropping more coins, which the player could collect. The game ended when all of the spectators were dead or had fled the scene. 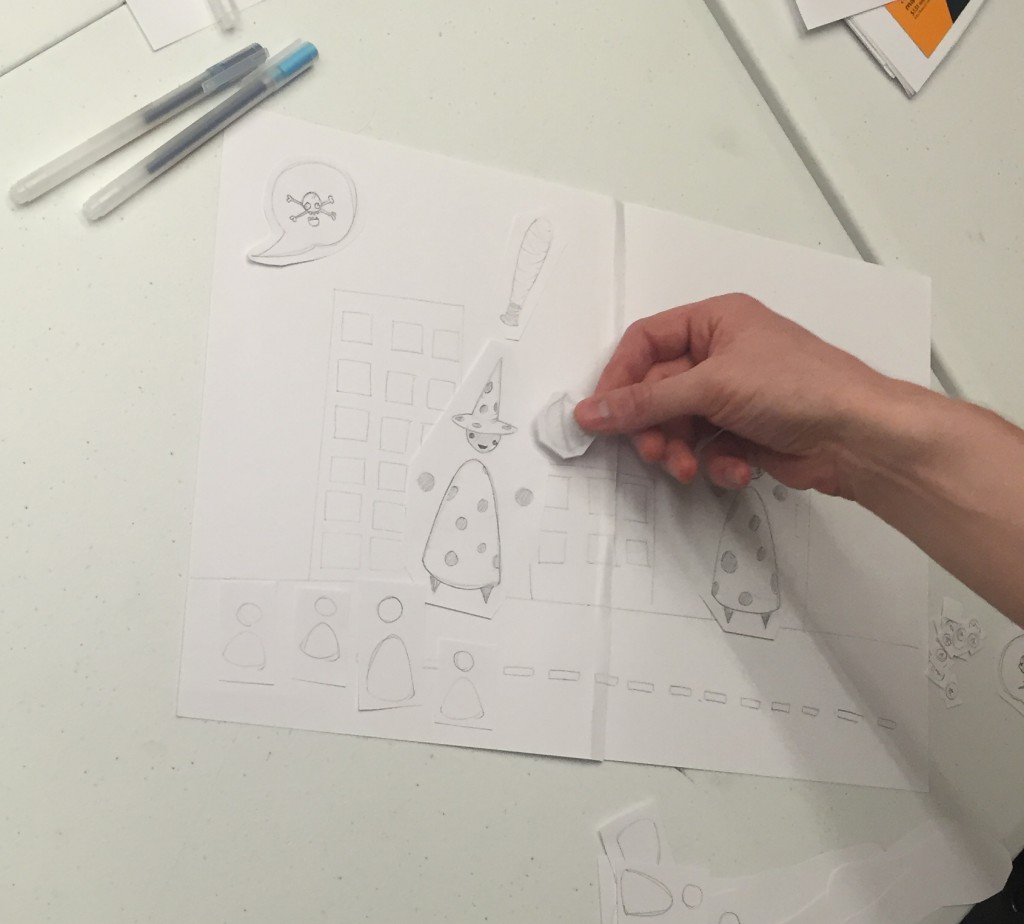 The player throws a pie to gain spectators.

Visually, I wanted to communicate the emotion of the story from the clowns’ perspective. I attempted to visually distinguish in show their importance both through their size and their level of detail compared to the faceless spectators. I opted for a simple, superficially friendly but distorted representation of their facial features in an attempt to communicate their jubilation and appeal from the perspective of the spectators while also indicating the distorted nature of their personalities.

The playtest itself showed the design to be successful in that the player seemed to be able to grasp fairly intuitively how to play the game, although the nuances of how the player’s actions caused a reaction in the spectators could have perhaps been clearer. The player showed a tendency to choose the “bat” option fairly early, causing the spectators to kill each other before they had fully amassed. The player also showed in interesting an unexpected tendency to attack the spectators directly. 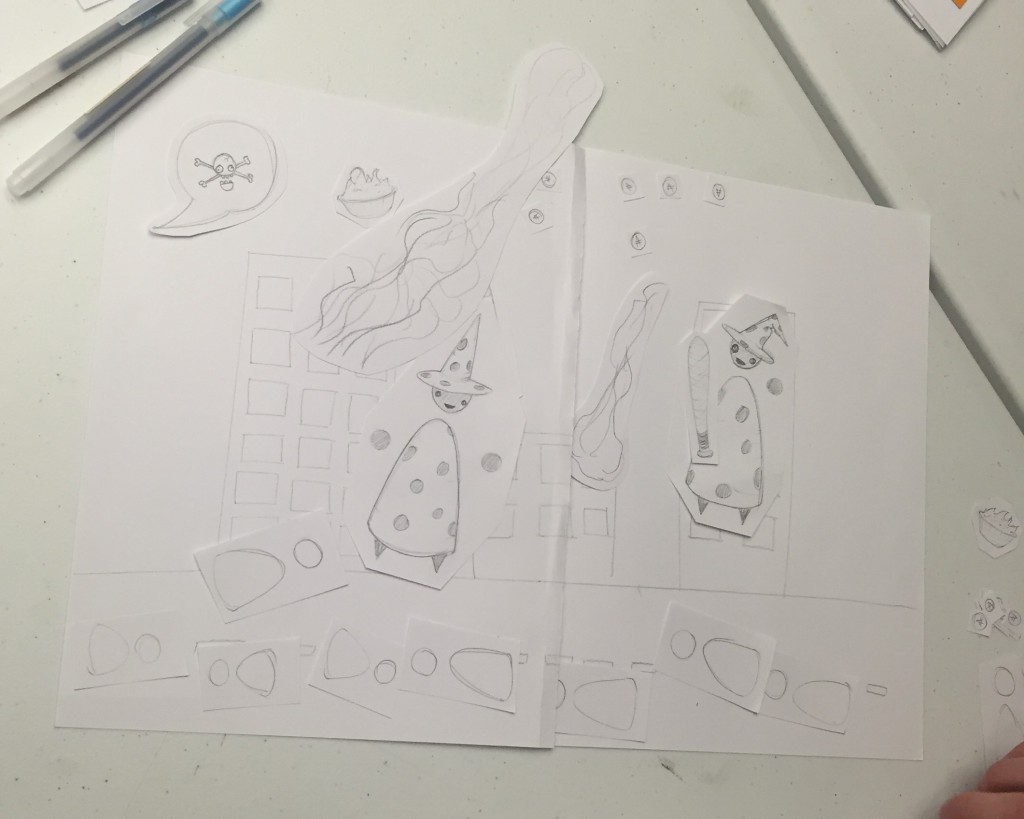 The end of the game.

In retrospect I feel as though the options provided to the player were overly limiting. In attempting to remain faithful to the source material I ended up restricting the player to a narrow range of actions and outcomes. Given that the player seemed to express destructive tendencies even beyond what the clowns did in the story, it would be interesting to leave the player with a few more options and a little less guidance, and allow them to stumble upon the destructive outcome of the game naturally. Ultimately, I feel that increased player agency in this game might have functioned to create a more empathetic understanding of the situation from the clowns’ point of view.