For my kinetic text piece, I animated a short narrative about how I put a word to my gay and trans identity, focusing on my young crush on Freddie Mercury.

For this piece my main focus was simply the text.  Because in previous years I have only used visual forms to represent concepts, the use of text as graphics was new and foreign to me, especially since all my life it has been drilled into me that the only use of text and letters was for extremely rigid writing. 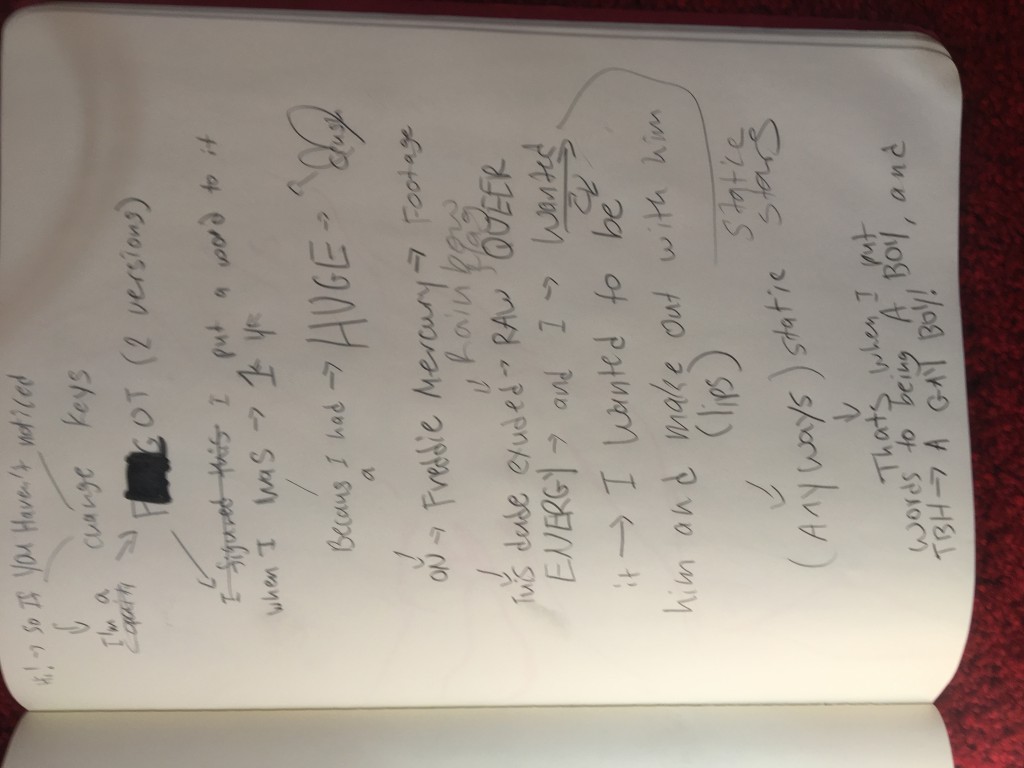 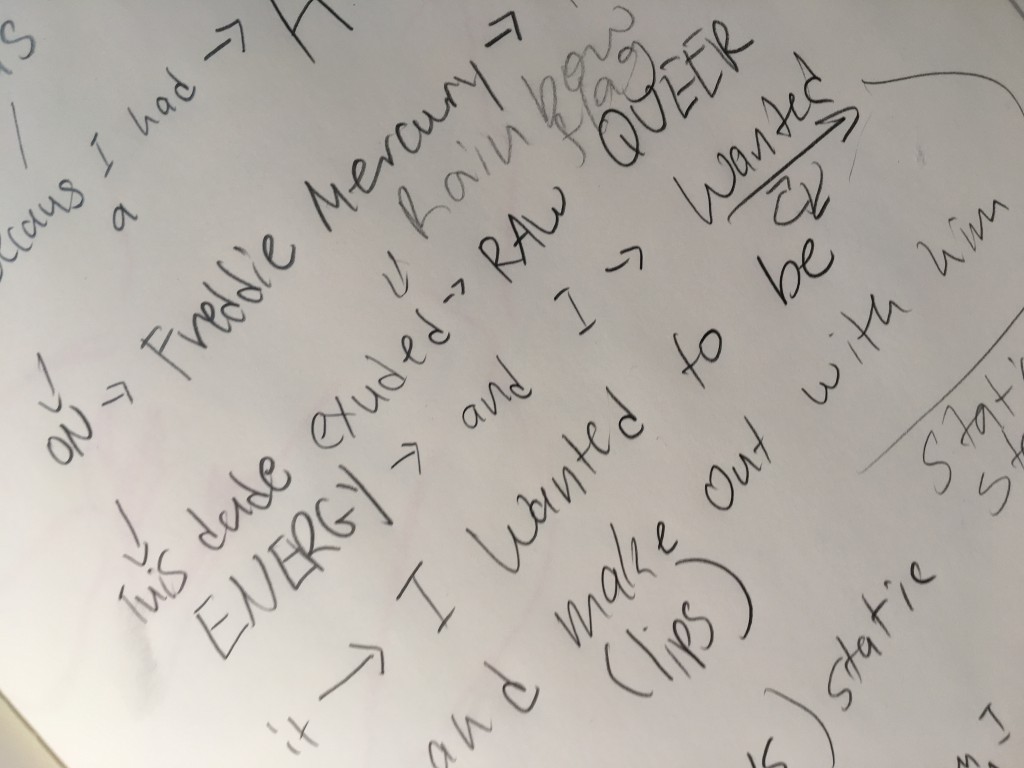 Because of the exact nature of the project, I found that using primarily text was liberating.  I focused on aesthetics, how the letters looked and felt with different fonts, and also keeping everything cohesive.

Because of the subject matter, I wanted to allude to two time periods: my youth in 2011 and the glam rock era of the late 70s.  Because I wanted to focus solely on the text, I kept my visuals at a minimum.  In fact I only used two effects: fractal and noise HLS on the wild layers, used glowing trim paths, and only changed the colors on the soil layer every 30 seconds to a minuet.

In fact I relied on visual repetition for the trim paths and just remixed the same key frames manually.  My only other visual component was live footage from a Queen concert, which I put put a mirror effect on so it would only “open” when Freddie Mercury was on screen.

The text itself is a mix of 3D and 2D animated text.

While I would have loved to render all my text layers in 3D, in truth I was scared that the file would take too long to render and that my computer would overheat, leading me to 3D animate any text sparingly.  However I know with the right equipment, 3D rendering all the text would have been possible, and would have led to a more compelling reading and viewing experience.  However within the film, I male use of animated text intros and decoder effects to keep viewers interested in the screen.   I animated different parts of text to change color, as if it were rainbow for the very obvious reason: this film is about being gay.  In fact, as a gay man, I make use of a censored LGBTQ+ slur targeted at gay men, and make change to all colors of the rainbow.  In this way I am simultaneously reclaiming and asserting my identity with a slur which is in relation to this story of putting words to my identity.  I also stuck with a prose style for this film, namely because I wanted the work to feel personable, as if I am talking to you at a coffee shop about this, and thus take away a layer of accessibility.  I also found that as prose, the narrative flowed more easily than not.  I also tried to use a loose narrative structure,the film has a clear beginning and end, even though both do not amount to much and they shouldn’t, to me my attraction to other men and only men is part of my everyday life and at this point, normal, why should’t I portray it as normal in my work?

This film also deals with the beginnings of something that I currently cannot explain any better with language: the fact that men who love men (gay, bi, pan men) experience love and attraction differently from straight women.  I have no idea how else to go into detail about it but one of the reasons I know why its different is this: I have not met a straight woman who was attracted to Freddie Mercury ever in my life. Are there women who are attracted to queer men? Yes, and they sometimes get into relationships if the man is also attacked to women as well.  However, for some reason, no straight women has ever expressed her attraction to Freddie Mercury while many queer men have.  Through my personal experience, and hopefully through more art, I hope to explain how the phenomenon of love between men and lust between men works.

In all this project challenged me to think very differently from my usual.  I am used to thinking in form, color, and shape in a the context of pictures, never in fonts, words, or text in general.  I truly tried to tone down my use of imagery to three main components and use repetition as an effective visual device and keep the mood of my piece effective and consistent throughout the film.  Awakening is probably one of the firsts of unknown firsts of many more works of art to come that explicitly deal with identity, gender nonconformity, attraction, and love that come with being a gay man, especially a gay trans man in 2018.