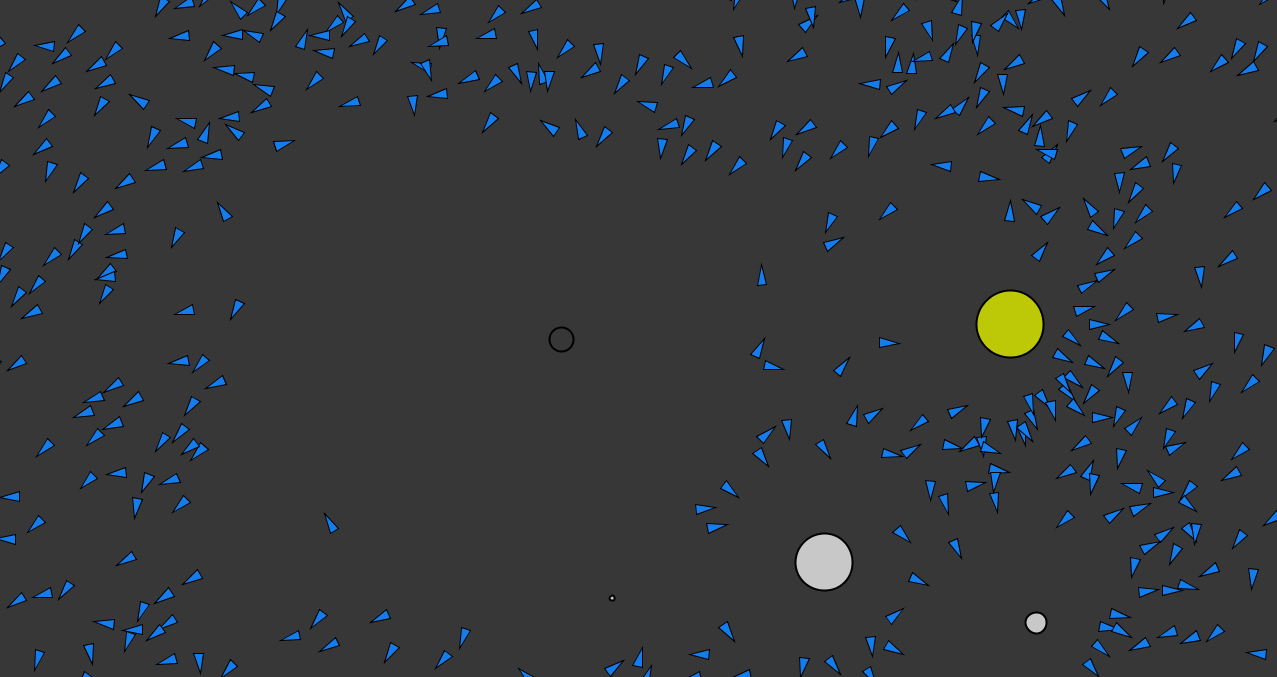 The game went through two main phases of development i guess you could say. The entire process started with the idea of avoidance being the main aspect of the game rather than collision.  The first iteration was with some simple boids that roamed the screen freely and were repelled by the mouse or by the other circles roaming the screen. 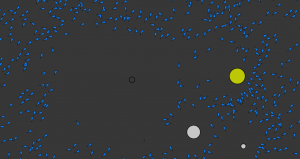 The problems we ran into with this was that it only looked great if there were an absurd amount of triangles on screen. far more than a tablet could handle. So we started coming up with ideas and eventually stumbled upon the boids tending toward each other. This turned out to be the biggest help to the project because it lessened the amount of triangles needed but still made it possible to experience the satisfying scatter effect. 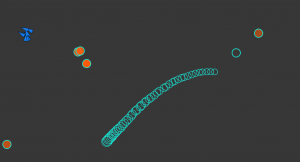 From this point on the main changes to the game were simple tweaks. We changed the way the mouse worked to be more conducive to tablets by having the mouse only trigger when pressing. We also added a trail effect to when it was repelling to give both a visual idea of what was happening as well as a nice way to keep track of your movement. Some simple color scheme variations was how we finished off the project.