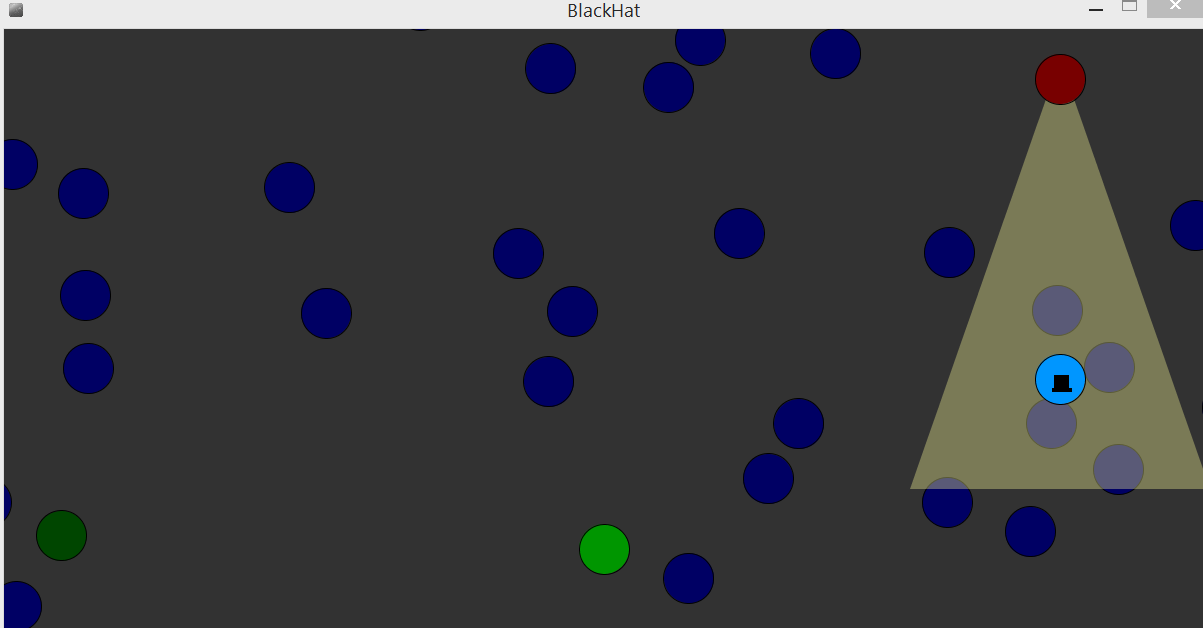 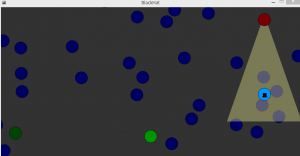 The second game, I decided that I would use as my conference game because I wanted to get the extra time to really get this game right. I talked about the beginning of this game earlier in one of my posts. This is the particle game I’ve been working on since well before Spring Break. So, the name of the game is BlackHat. So as I stated in my earlier post, the entire game works on this environment of everything bouncing around on each other. I wanted this game to have a really good flow, almost as if everything on the screen is just floating around. In order to do this I decided that I didn’t want your character’s response to control to be instant, so rather than a screen tap moving your player to a position, I made it so that a screen tap adds velocity to your player in that specific direction. 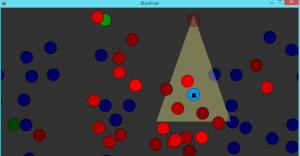 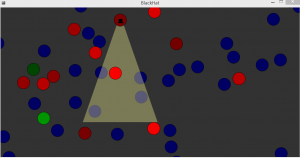 The resulting effect is a very smooth, but slightly unresponsive feel. During play tests the class (and I) eventually agreed that the original way is a bit too unresponsive so I added more velocity per screen tap and the result is much more controllable, but still difficult. Interestingly enough, the game itself is very difficult, and not many people have been able to beat it, but when it is beat, the feeling is overwhelmingly satisfying which is just the way I want it to be. Easy games get boring very quickly, but also really difficult games turn the gamer off. I feel as if this game gets the right amount of mix in it. Now, I’ve been going on and on about some of the mechanics, but now I should get into the whole “how it works and plays” section. So here we go: You are the light green ball on the screen and your mission is to get the black hats. 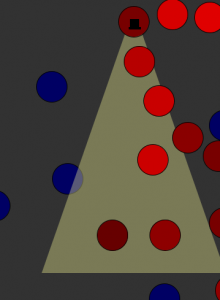 Now as you can see from some of the screen shots, there is a black hat on the blue ball. You first have to get that black hat, and in order to do that you must contact the blue ball (this will freeze the red dot/boss). Next the hat will move to the red dot. Once again, you make contact to get the hat. The boss will then lose one point of health and begin moving again, but this time faster. Now while you are doing this, the boss will shoot red blinking particles at you if you enter the yellow search light cone. These particles will damage the player and make your screen more and more red as seen in one of the screenshots above. So the process continues of trying to hurt the boss, and once you get him down to 1 hp, Apocalypse mode actives and the boss spawns extra particles at the bottom the screen as seen in the screen shots above. This last part of the game is the most difficult as there are 3 times as many red particles to avoid while trying to kill the boss. Now you may have noticed the darker green dot in the screenshots. This is the health orb. If you are hurt and you contact the health orb, you gain hp. Overall, this game was quite a challenge to make, but very rewarding in the end. I got to really dive into arraylists and looping to shorten my code a lot. The looping in fact saved me what would probably at least 200 extra lines of code. Other things that proved challenging was making the visual components work without departing from my original theme of the same shape throughout. I feel like I accomplished this by using a very nice color palette and a simple game mechanic. 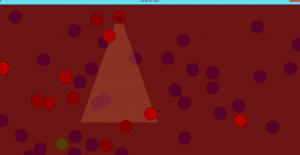 Now, there could be an argument that this game could use some audio component. One might say that the game doesn’t stand on its own without one, but I feel as if this game most definitely stands on its own without any sort of audio. It’s fun and challenging and provides the player with a rewarding victory. Nowadays, most android games are played while listening to some sort of music playing anyways it feels that the handheld game is losing its need for its own stand alone audio. Now if this were some sort of pc or console game I would make the argument that they do need an audio component, but since this game was built for tablet and phone use I would say that the audio is a superfluous addition. 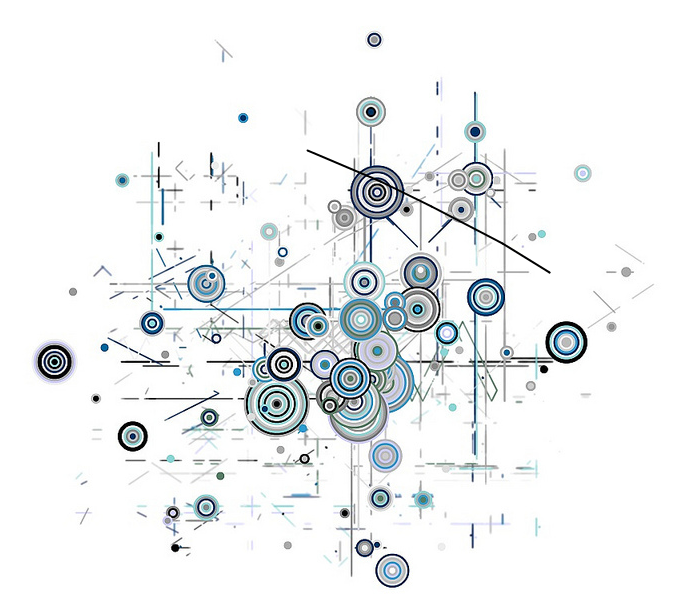 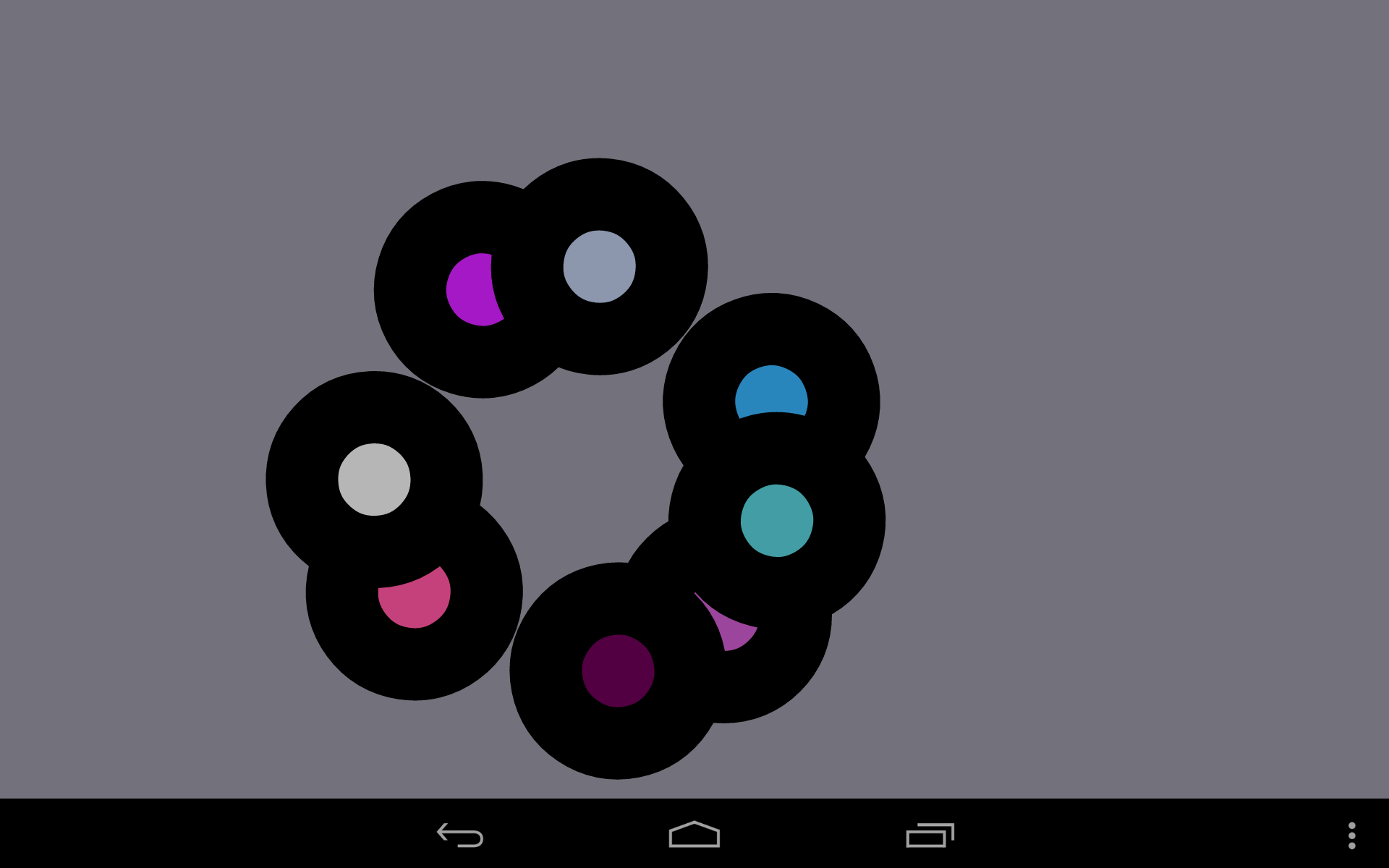 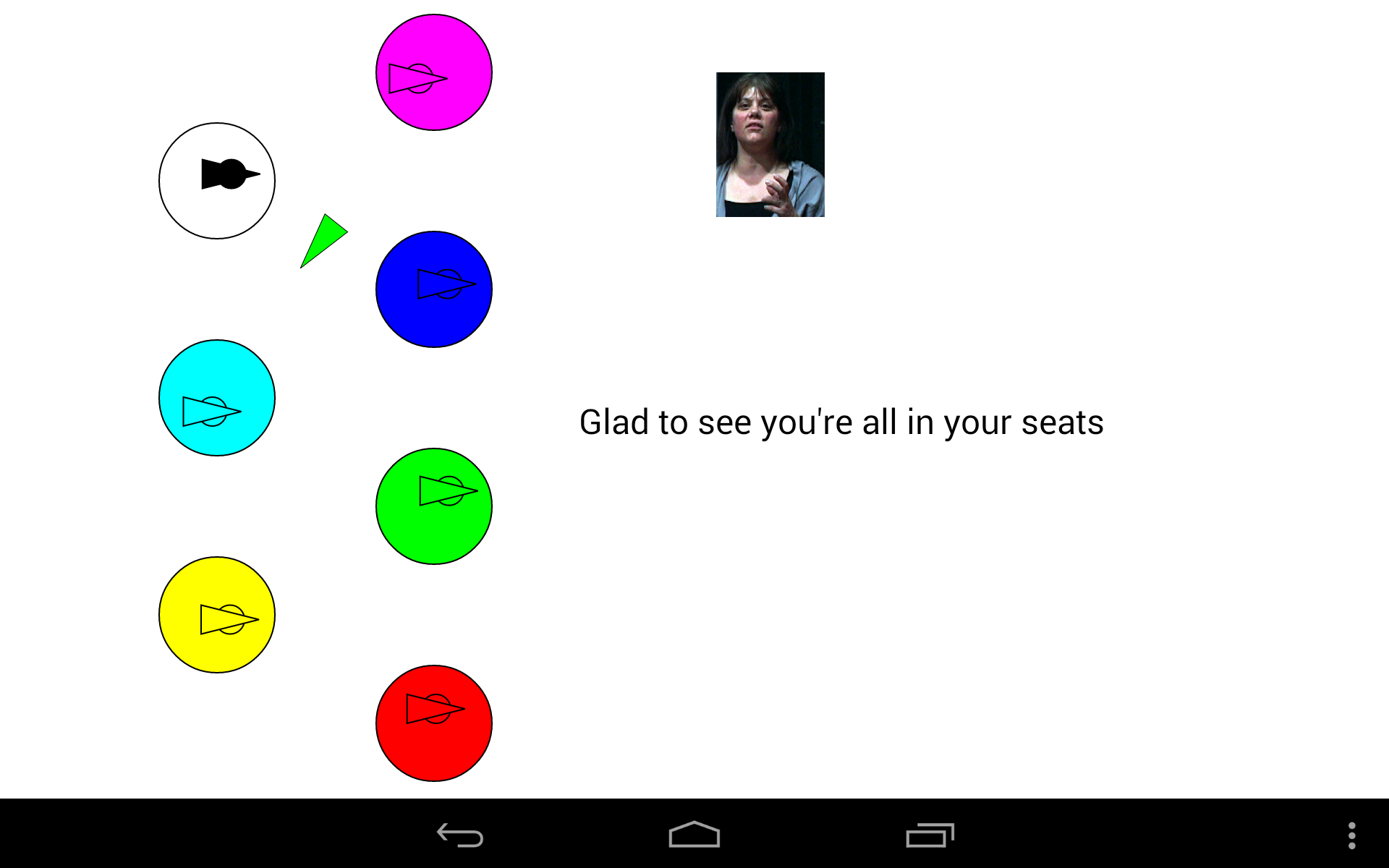