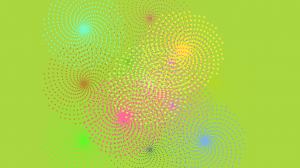 For this project, I decided to create a digital interactive display to get a sense of how people react to on-screen interactive display. I installed my project on library where many people were passing by. The project was inspired from article about nature and harming of it through resource gathering. The article talks about how as humans “explore” nature, the ecosystem is broken and bit by bit, ending in complete destruction. I wanted to give symbolic simulation in destruction of nature through human interference.

The project is composed of three major coding designs from processing: spiral, mouse-click, and color gradation. I used my laptop and mouse with the code in full screen. The code is re-development of the spiral coding the class did two week ago. Since the design was about flower, I thought I could develop it to the idea and message I wanted to convey.

The display starts with dots spinning into trail of spiral, looking like patch of flowers. Then interactor would click and realize that the background color changes as different areas of the screen are clicked. As the interator click, the spirals would disperse on screen and more clicking results in the dots and spirals disappearing. By the time the interactor finds all the colors, they realize that there are no more animation of spirals and dots. The background colors are chosen form color of nature: woods, sea, coals, etc… and more one finds variety of background colors aka the nature and its resources, the living part of the environment, the spirals and the dots, disappear. 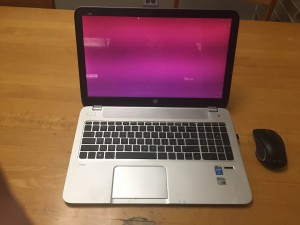 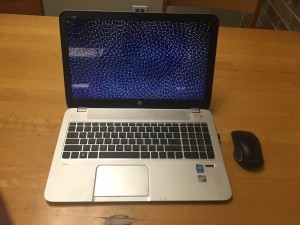 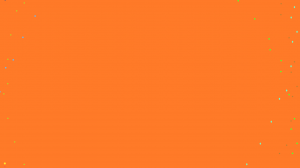 After putting the display up, I asked some people to interact with the design just to get it started and afterward, many approached without me having to ask. I left the display up and observed for about 1.5 hours.

Pro in result of interaction: May people enjoyed it and took interest in the display. I asked random people about what the meaning might be behind the display and surprisingly, many got near or did get what I was trying to convey. I also noticed that many were talking about the display, sharing ideas, etc…

Con in result of interaction: Some people were shy about it or did not really know what to do. Some were hogging the computer or tried to go on different parts of the computer by exiting the display.  Also, many just stood and watched rather than actually interacting with the display.

The project and magic circle:

The project created a magic circle by creating sense of social entertainment where people were fathering to interact, talk about it, and try to figure out the interaction together. It also creates magic circle by giving a universal statement and the understanding of what the display is about, which implements identical ideology to the interactors, creating a connection through message.