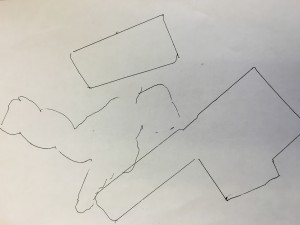 As our readings have progressed as has the class’ understanding of systems, and what attributes they need in order to be classified as a ‘System’. My first system had the characteristics of an extremely simple system however was missing extra attributes to fall into what the class classifies a system now. My first system was a system based on colors and paper, created after we watched Ron Resch’s paper and stick film. Using different colored dyes I dipped different types of paper into these in which many different color patters would occur 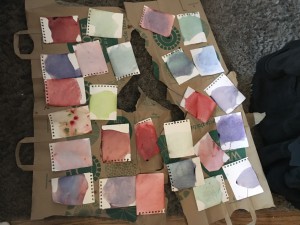 Presenting this system in class I understood that my system was static and needed to go a step further in order to become a fully functioning system. After creating this system and understanding the reaction from the class, I decided to create another analogue system for system 2 in which I would be similarly playing with the ideas of chance.

The idea of chance was fundamental to many Dada artists in which they created many (what we would call now) systems based on the logics of chance. After speaking about Marcel Duchamp and other revolutionary Dadaist’s in class and experimenting with creating an analogue system from the things that we found in our pockets, I decided to take this idea further. 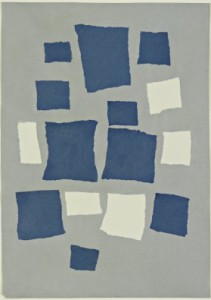 Based on the chance paintings of Jean Arp, in which he aimed to remove the hand of the artist, he would let square pieces of paper fall onto a larger piece and then stick these on, image above. I decided to replicate this system with items from peoples pockets. After these items would be dropped onto the paper I would then, or the person who dropped them, trace around the objects, creating interesting shapes on the paper, all based on the laws of chance. As the system evolved it became interesting to analyse the shapes they made once the things that had been dropped were removed. There were two different aspects of chance in play with this system as the first was how the objects dropped onto the paper and the second being I did not know when walking into a space who was going to be there, so therefore unaware of who was going to be participating in the system. I enjoyed working with this system and also the aesthetics of what was left on the paper after the objects were removed, however this system could not function without my input or another persons, we were the instigators and it couldn’t continue without continuous  human intervention. 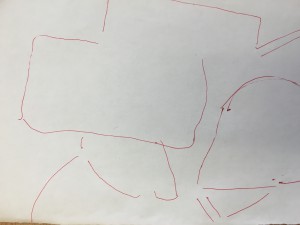 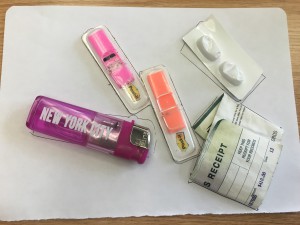 Therefore my system was not self-evolving, a characteristic of systems which I have been struggling putting into action throughout the course of the semester. I understand this aspect however how to put this into action has been difficult so that is something I really need to focus on to achieve in both System 3 and my conference project. I think looking at the artist Hans Haacke will really help in order to achieve this as I think I will be sticking to analogue systems. The simplicity yet power of his systems and artworks is something I would really like to replicate whether that means playing with water or wind and also playing with the ideas of chance as I did with Systems 1 and 2. 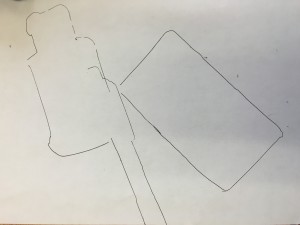 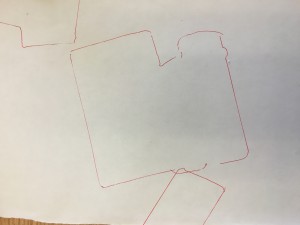