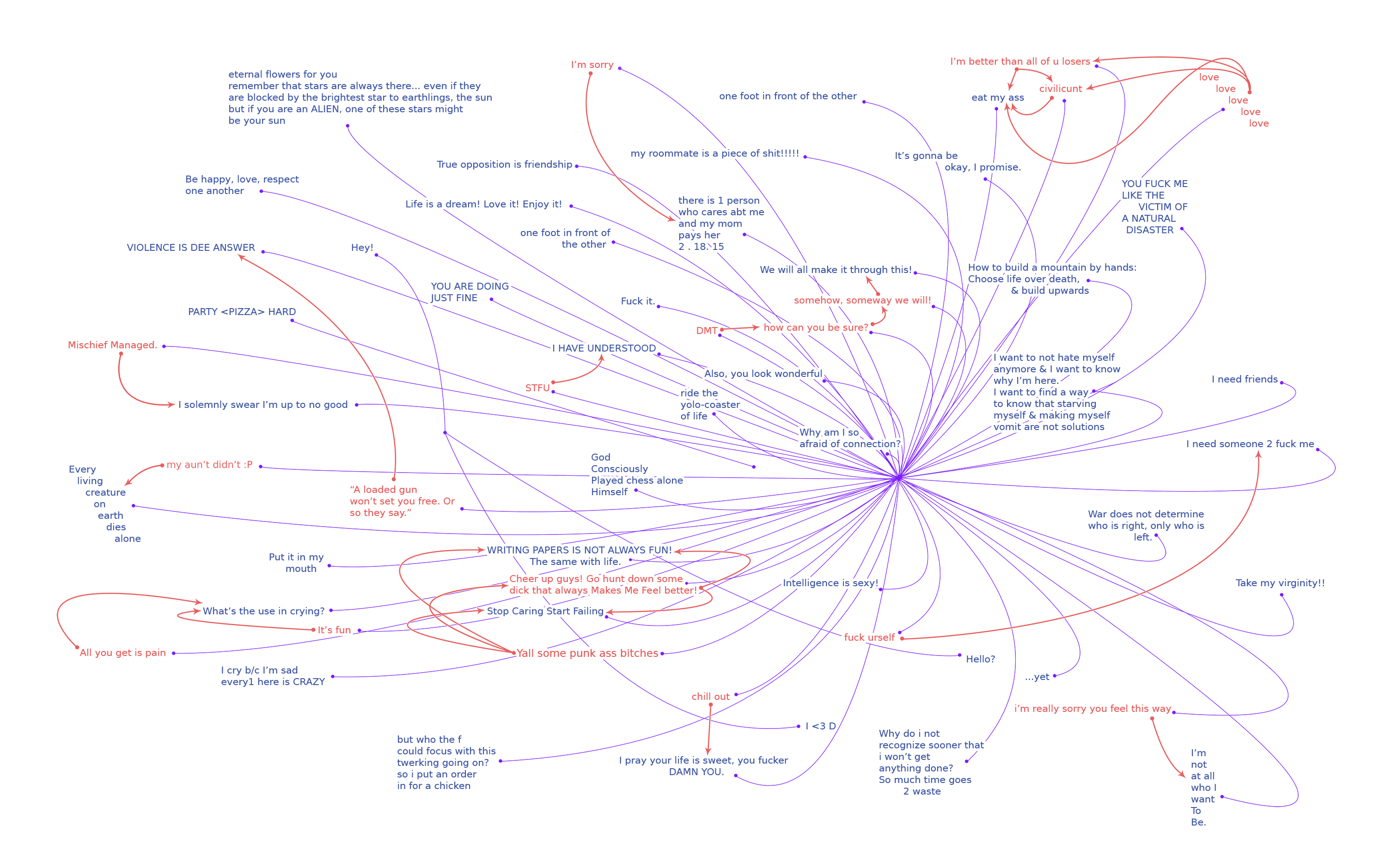 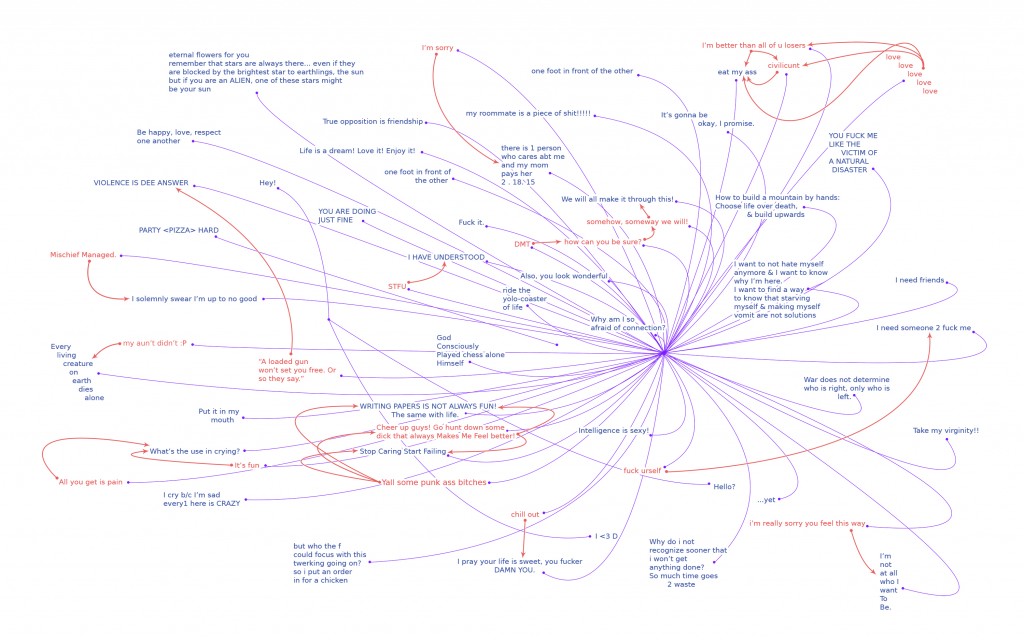 My conference project took a few turns as I searched for written messages to map throughout the SLC Campus. I took pictures of most of the campus, and found that the places with the most graffiti were either bathroom stalls, or desks at the library. There were many messages of different kinds – band names, existential statements, people being mean, but I realized after a while that the library had something special going on that made it very interesting: people would write things, and other people would reply to those things, and at times I would see 3 or 4 generations of messages on one desk. I realized that I wanted to not only map graffiti to its location on campus, but I also wanted to find a way to map out these conversations as they seemed to have played out. I wanted to document these frozen conversations, because I think they are an interesting slice of human nature.

Every message on my map has been transcribed from photographs I took while sweeping the campus. I used purple lines to indicate a message’s location. The purple lines were set by placing a map of SLC that I had previously made underneath, and then mapping ontop of it. I later removed the map because I was hoping to emphasize location less and the text more – still, the fact that many of these messages came from the same relative location was important to include. 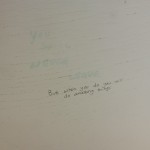 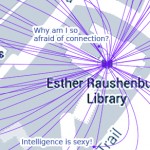 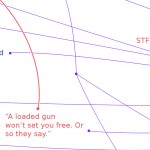 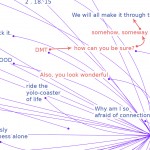 I tried to do as much documenting as possible and to let the graffiti speak for itself. The messages in blue are statements and the text in red are replies. There are red lines with arrows indicating the flow of conversation, i.e., the target of the reply. There are 2 messages in red which had no observable target where they were written, and yet, they both seem to be replies to the general conversation and I felt that they needed to be in red because they were definitely addressing somebody (or somebodies).

I used my sketchbook to work out my connection system. I was inspired by Dennis Wood’s Graffiti Maps in Everything Sings, and I was also inspired by Pollock, Cameron Booth’s NYC Subway Maps, and Marc Lombardi’s maps. 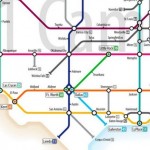 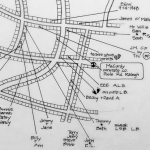 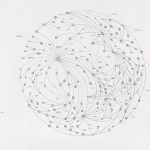 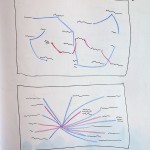