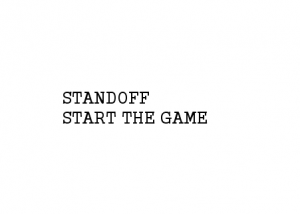 The game is done. This is the newest edition of Standoff. It’s a pretty easy game to play that involves basic mechanics. The player is the cop aka triangle at the bottom of the screen, there is the vigilante aka red square who’s at the top of the screen and there is 2 circle shaped hostages and they are between the cop and the vigilante. All of the shapes are bouncing along the x-axis with different speed. The goal for the player is to catch the vigilante. and in order to do that the player has to tap the screen at the same time the cop and the vigilante are around the same y-axis, of course there is a risk of hitting the hostages since they are in between and the player loses in order to do so.  The player gets 4 attempts in 1 game. 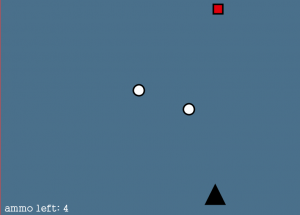 If the red square is caught by player it’s showed by a line and also a text appears “YOU WON” and hostages come down towards the cop aka the safe zone. if you hit one of the hostages same thing happens to the hostage while the text says “YOU LOST”. 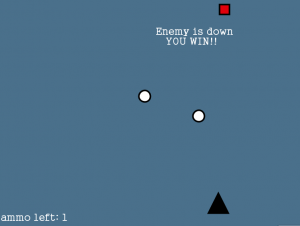 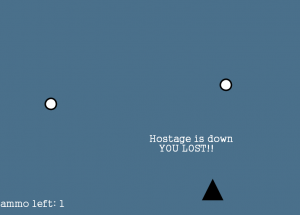 The restart screen pops up after a tap if you have 0 ammo left or if you hit a target. And if you tap it the game starts again. 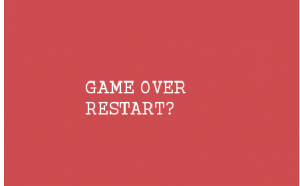 After the second post I’ve accomplished all my goals I was suppose to do. It loops perfectly and it restarts properly as well. I had to make a “void restart();” function and I cut all the code from “void setup();” and pasted it to here. After that I have put “restart();” under RESET case and it worked properly.

I changed the font as well using “PFont” and loading Gungshuh font which I think is way better than the former standard form.

Overall I am really satisfied with what I have. It was definitely worth all the hours I sat down and read the print out of the code. It took me forever to solve the restart problem but  the way I figured it out by myself made me understand every single piece of coding I’ve written one more time again. I think It ended up being a great game. I am glad I got the learn the processing language and throughout the semester I felt like I got better every day as a coder and definitely want to improve more. 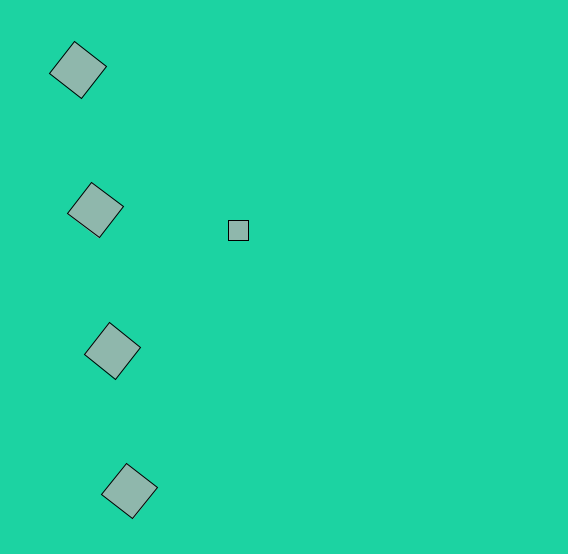 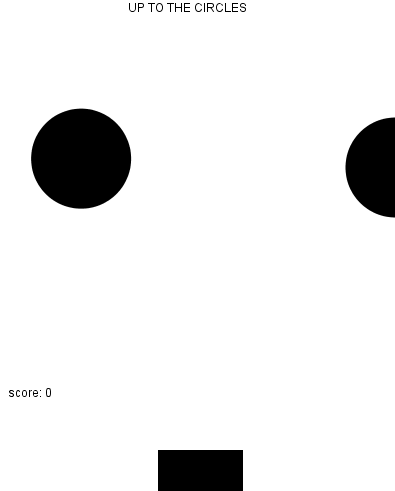 Games from Nothing: Black & White Exercise #1 — Up to the Circles 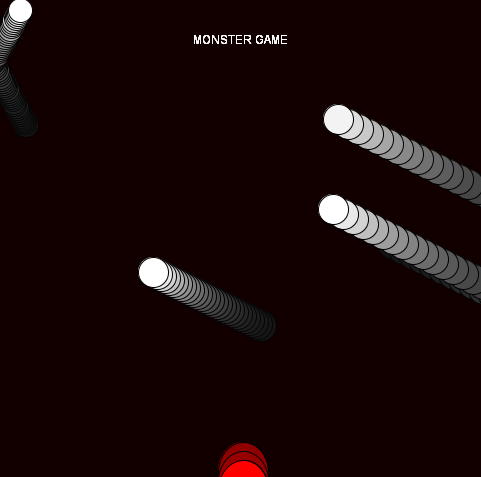