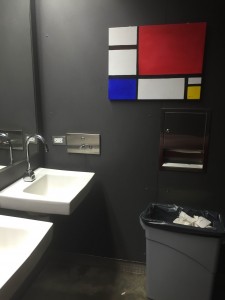 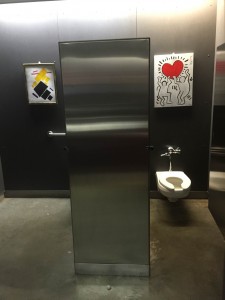 My second project is an analogue interactive display installed in Heimbold Bathroom. The project involves transformation of the bathroom into an art museum with famous minimalist paintings displayed in it. The users of the bathroom would look at the art as they use the facility and leave signature on visitor’s page, just like any other museums.
This project was created to communicate sense of irony in art. Public bathroom is a setting void of any beauty nor luxury. What would it be like to display famous art of high price and beauty in the bathroom? It seems very odd, weird, and out of place. I wanted to communicate the sense of irony in space through the installation.
My project was inspired when the class was discussing idea of irony in media in Herteizan Tale. When I came up with the idea of having fancy art in the bathroom to convey irony, I wanted to make it come alive.
I chose abstract art as my choice of display because the art form is very direct in its message and style, easy to be recognized by general viewer. The paintings I replicated were: Mondrian’s “Red Yellow Blue”, Rene Magritte’s “Son of Man”, Jackson Pollock’s drip painting, Kelly Ellsworth’s “Yellow over Black”, Kazmir Malevich’s “Airplane Flying”, and Keith Haring’s “Heart Raised”. I also replicated the style of each individual artist’s signature on the painting to make the painting seem more realistic. 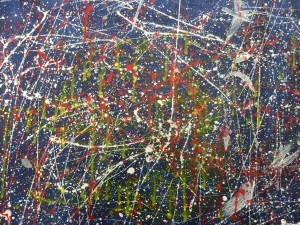 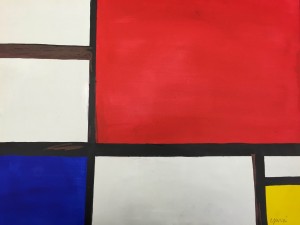 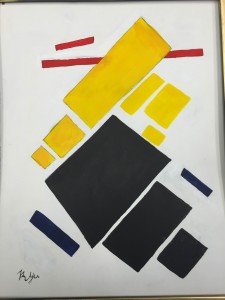 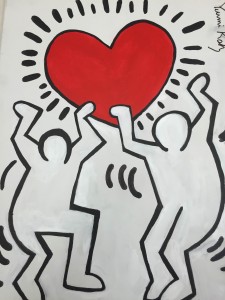 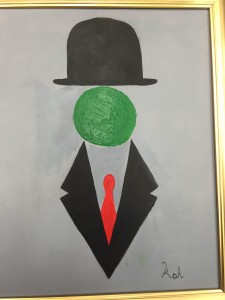 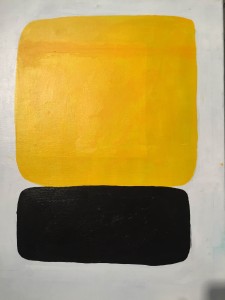 The most difficult part of the project was defiantly painting replica of art. I had to be as precise as possible so that the art communicated the original creator’s messages clearly. In order to do so, I had to copy the art as exactly as possible. Even though the art was simple in design, I had to be careful with small details which made it really difficult.

What I found really surprising is that my first draft of the project has not changed much from my final form. The only difference is the number of art planned to be displayed and creation art. I was hoping to display at least 5 arts in each bathroom but that was too much. Also instead of purchasing a replica poster of art, I painted all art to give more realism.

One issue that brought up during the project was that the display could be limited in interaction. Sure, the usage of bathroom creates sense of irony and that is what it was planned to do. However, it is a very passive interaction between the environment and the user. In order to make the display more interactive, I added a guest log book. This was perfect because not only did it add more interaction to the display, it added realism and fulfilled the basic idea of interactive media: the give and take relationship between the media and the audience. 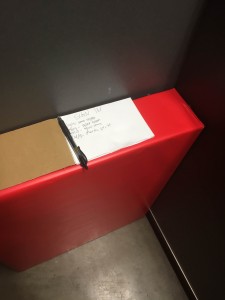 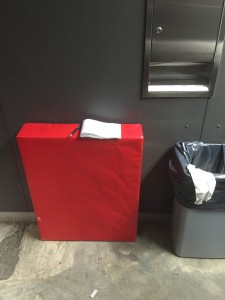 I believe that the project creates a magic circle because the display leaves a permanent connection between audience through visitor’s log. The guest log informs the audience who came and how they felt about the display. In addition, the display creates unified emotion among the audience, creating connection of thoughts, increasing interactive senses between strangers. The viewer can break into conversation in such a private space to talk about the art and their feeling, which effectively creates magic circle.

Overall, I am very happy with how the project turned out. Using new medium of art besides coding was very fun. I was able to explore different forms of art and go over some of the ideologies the class discussed about. 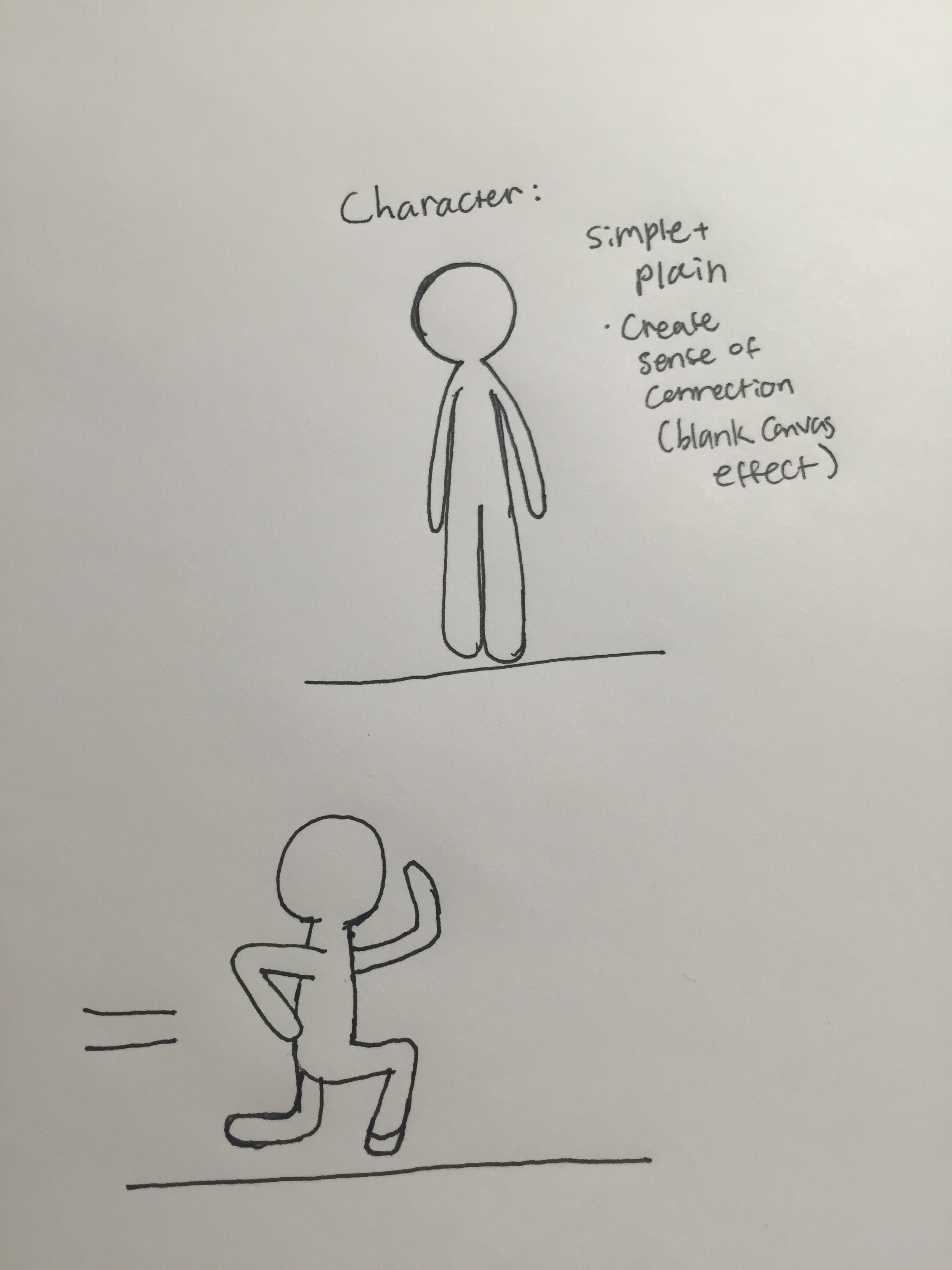 Interactive City: Run Away With Me 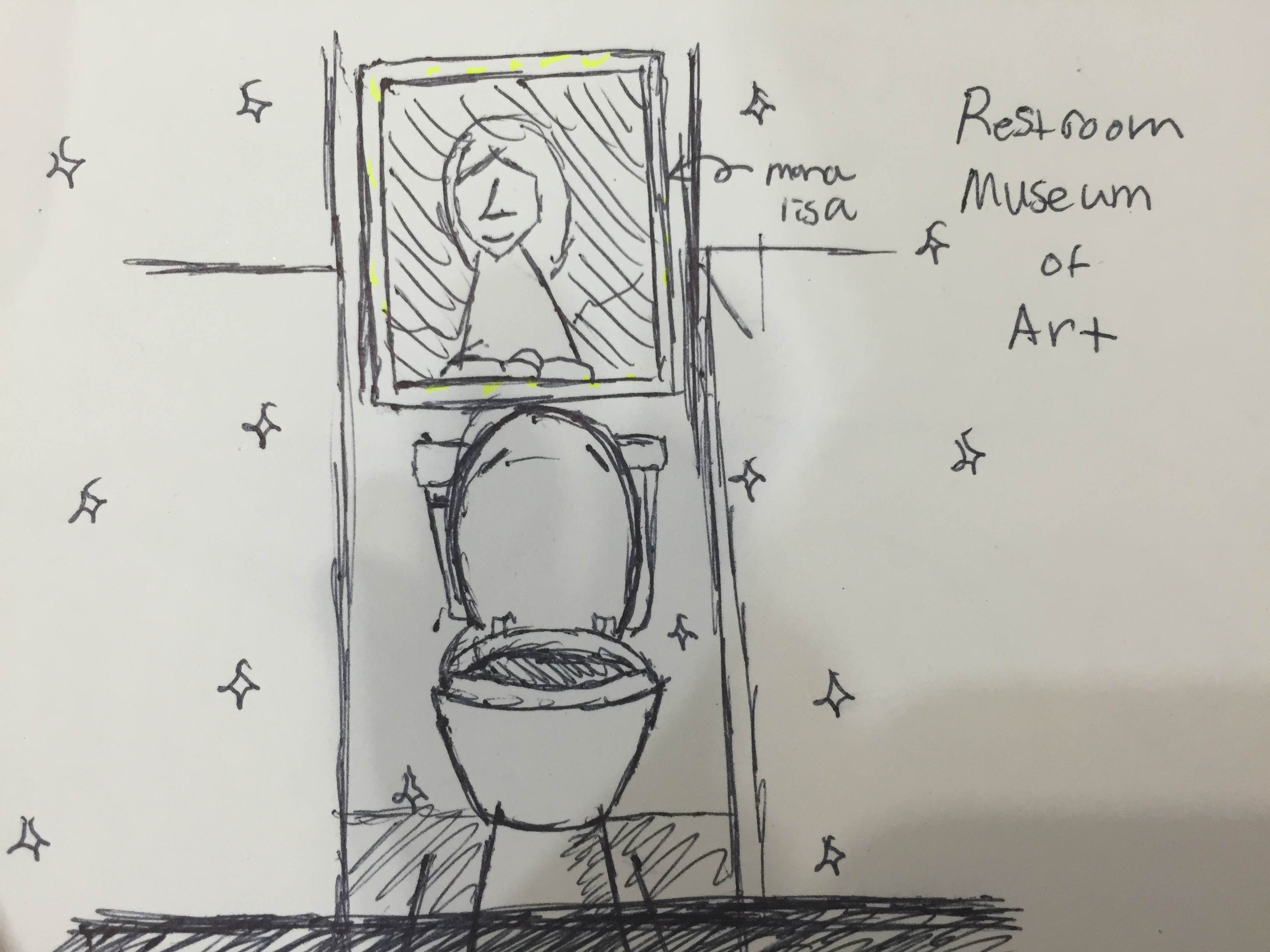