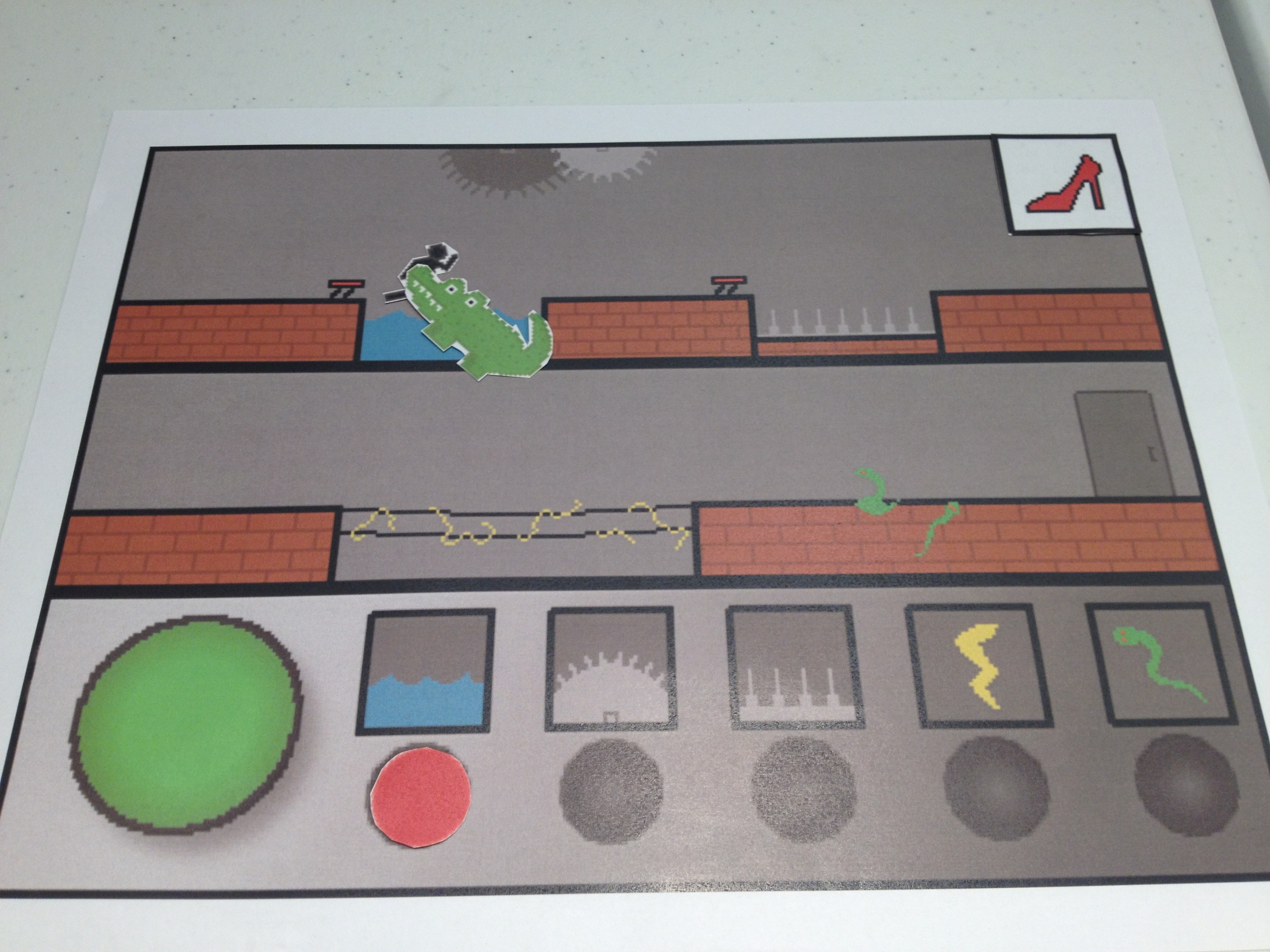 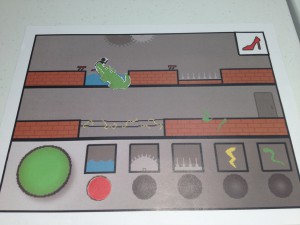 Carter’s “Industry Knowledge” essentially details the specifications of a pair of white stockings. Because the stockings are described precisely and meticulously, I asked myself the question, “What would happen if these specifications were not met?” And that was how I approached making a prototype for a game based on the story.

The gameplay consists of the player testing various footwear options in a testing zone populated by hazardous obstacles. Inappropriate footwear—i.e. difficult to balance in, electricity-conducting, not resistant to snake bites—results in the test subject falling victim to one of the obstacles. The player can “trash” certain items of footwear in order to find exactly what they need. The prototype played quite well. Although it’s certainly simple, it’s quite intuitive, and seemed engaging and amusing. 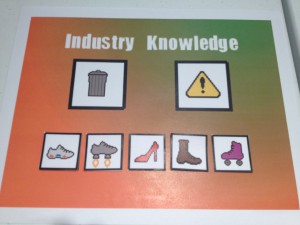 The McGuffin, of course, is the stockings: the only item that allows the test subject to safely reach the exit of the testing zone. The game is somewhat non-linear because the player can choose which items of footwear to test, in which order to test them, and which to trash. In retrospect, I could have made the game more non-linear by creating a more open and less linear testing area.

Once again, I think I succeeded in saying a lot with a little, using minimalism effectively, and allowing the player to easily identify what’s important. The red and green lights indicated which obstacles each item of footwear managed to bypass or not bypass. 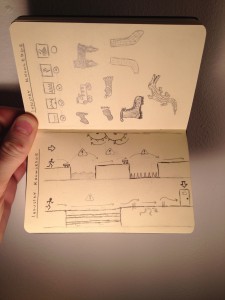 My main challenge for the future will be to create an aesthetic that’s both original and emphasizes the emotion of my story. Now that I’ve become somewhat comfortable with accurately representing objects using pixel art, I need to move on to the next step: working in an abstract, original aesthetic.