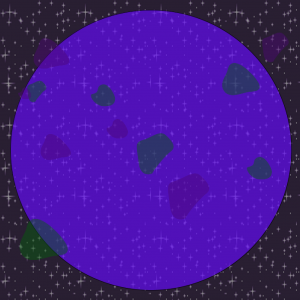 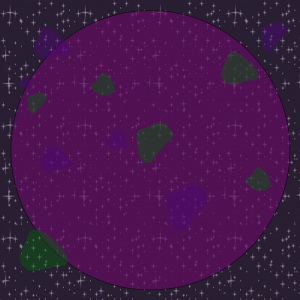 Screenshot of just the background, no emotion displayed.

My final project is a mood guesser, entitled Find Your Mood. When you click on the screen it will guess your mood by asking if you feel a certain way. It will also display a color that’s usually associated with the mood and a font that has a similar feeling to the mood. There are ten different moods programed into the interactive. For the background I used a sparkle picture that I found and edited in photoshop. It also has green and purple blobs floating around, which I created in photoshop. I wanted this to be similar to a lava lamp. The circle in the center also slowly fluctuates between blue and purple. I did these things to the background to give a sort of magical feeling to the project. 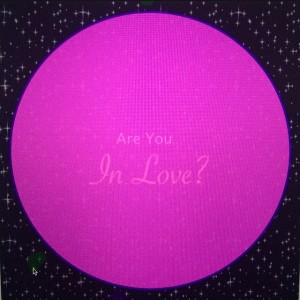 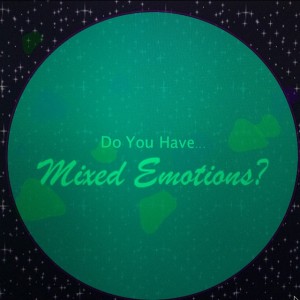 Screenshot with an emotion displayed.

My inspiration for this project was pretty random, it just kind of popped into my head. I really enjoy playing with mood rings and seeing what it thinks my mood is, so that’s why I thought this project would be fun. I also wanted something that was playful and that excitement came from visiting the Sony Museum. Since the interactions that I liked the most there were simple and playful.

This will create a magic circle because people want to share their experience and what the program guesses as their mood. Usually because it’s super accurate or way off. If something is funny or surprising people usually look for someone to share that moment with and I think that will draw people in and make groups of people try it and watch together. In Homo Ludens by Huizinga it’s said that magic circles are, “all are temporary worlds within the ordinary world, dedicated to the performance of an act apart.” I wanted to create this magical and mysterious other world that exists for maybe, just a minute, in someone’s ordinary world.

The code for my project was difficult at first but I eventually got the hang of it. I didn’t really understand the concept of variables but now I use them for everything! They’re so useful. I also found that by use variables I was more likely to experiment and be creative. Without variables it was such a hassle to go through and change every individual thing so I wouldn’t mess around as much. After just using variables for everything I found it so much easier to get exactly what I wanted from the code.

Screenshot of some of the code and variables being used.

I’m very happy with my project, it is pretty much what I had envisioned. I also feel that I learned a lot of code and really got to understand it. I know that I’ll be able to use what I learned from this project in the future. The main thing that went wrong was that I originally had wanted the whole screen to change and have a scene showing things that made you feel like the emotion it was displaying, like a sunset and dolphins jumping for happy, but that ended up being too complicated.